Jonnie Irwin took to social media yesterday to share a picture of his seven-month-old son Cormac, who had woken him up at the crack of dawn. The sleep-deprived father-of-three said his son’s outfit reminded him of the character Beetlejuice, from the 1988 film of the same name.

The A Place In The Sun presenter said the Newcastle United baby grow looked similar to the black and white striped suit that Michael Keaton wore in the movie.

The 47-year-old Spurs fan explained that the youngster was wearing his wife’s team.

Jonnie and Jessica, who tied the knot in 2016, certainly have their hands full at the moment with three children under the age of two.

They are parents to sons Rex, one, and twins Rafa and Cormac, seven months. 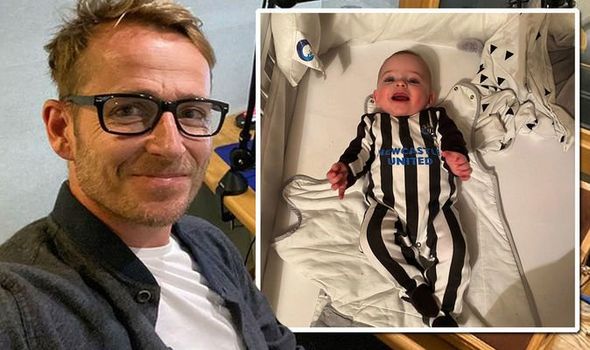 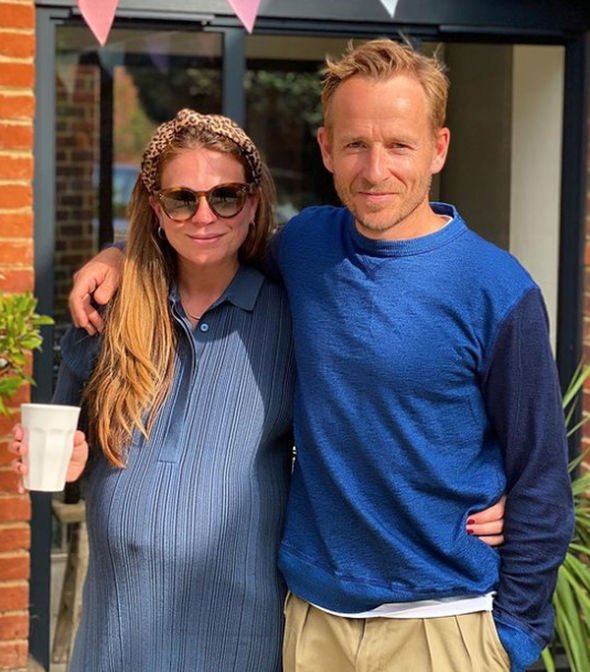 Alongside the snap of the smiling tot, Jonnie wrote: “My wife dressed Cormac in her team colours & as I put him to bed I had the unerring feeling that he looked more like Beetlejuice.

“He relayed us with a 5am wake up call.”

Need to buy a @SpursOfficial suit to retain order! #Beetlejuice #twins #3under2 #sleepdeprived,” he added in view of his 18,400 followers.

Many took to the comments section to share their thoughts. 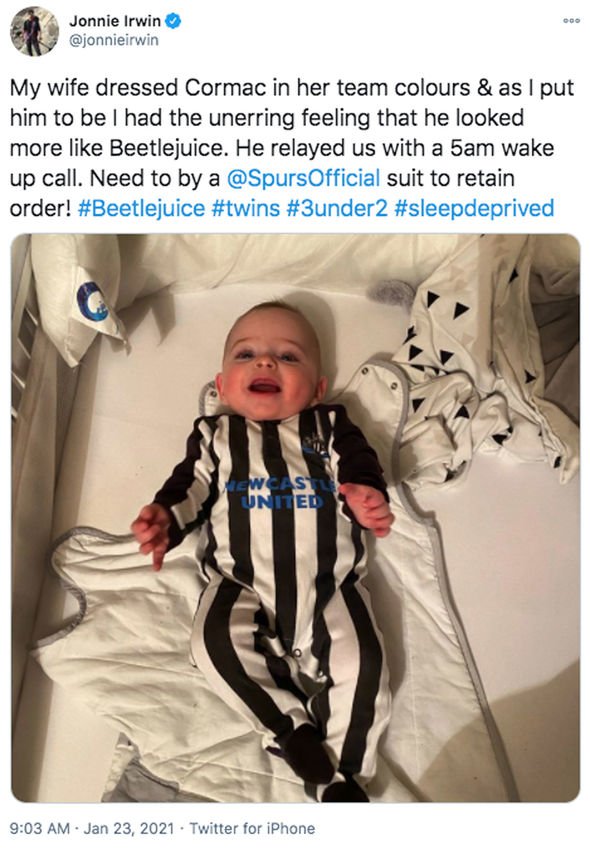 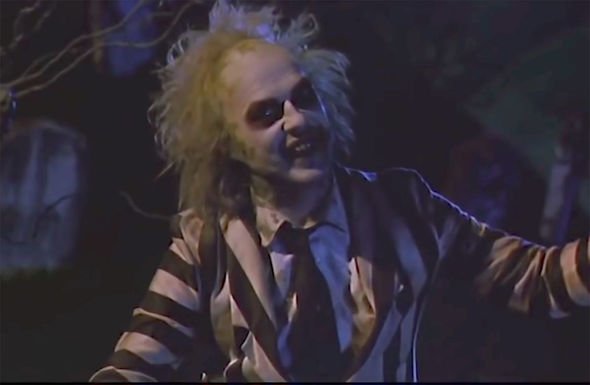 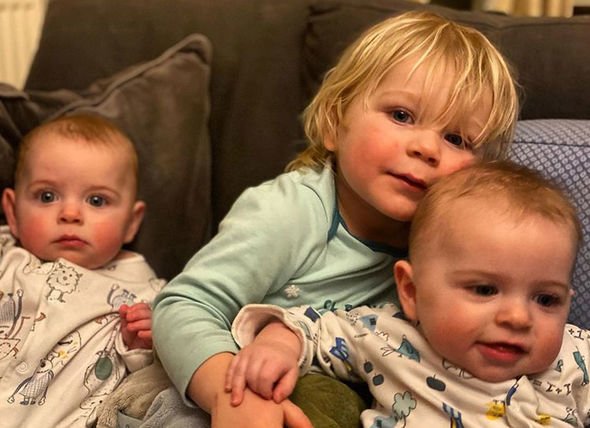 “If you are going to give him a Spurs shirt, give him some furniture polish and a duster so he can learn the importance of dusting empty trophy cabinets,” one cheeky follower remarked.

“Very good! I don’t even want to ask your team..!” Jonnie replied.

A third person remarked: “He quite rightly looks very happy to be a Geordie and thank goodness for a mother’s innate sense of what is right and proper.”

“Nowt wrong with the colours, but have to admit, going all the way down to the toes, it is a tad Beetlejuice,” a fourth follower agreed.

“Too cute to be Beetlejuice!!” another added.

The previous day, Jonnie shared a rare picture of all three of his children together.

He said his eldest son was starting to show “genuine affection,” for his little brothers.

The adorable picture showed the three boys sitting on the sofa together.

“Rex is starting to show some genuine affection for his brothers (in between the odd meltdown!),” he wrote before adding the hashtags #3under2 #twins #identicaltwins #terribletwos.”

Is It Time for a Sleep Divorce?