Amanda Holden has revealed why she now chooses to share pictures of her daughters on social media.

The Britain’s Got Talent host and radio presenter, 48, previously refused to post snaps of her two daughters, Lexi, 13, and seven-year-old Hollie, on Instagram or would cover their faces in order to protect their privacy.

However, Amanda recently did a U-turn and started to upload shots of her adorable girls, who she shares with her record producer husband Chris. 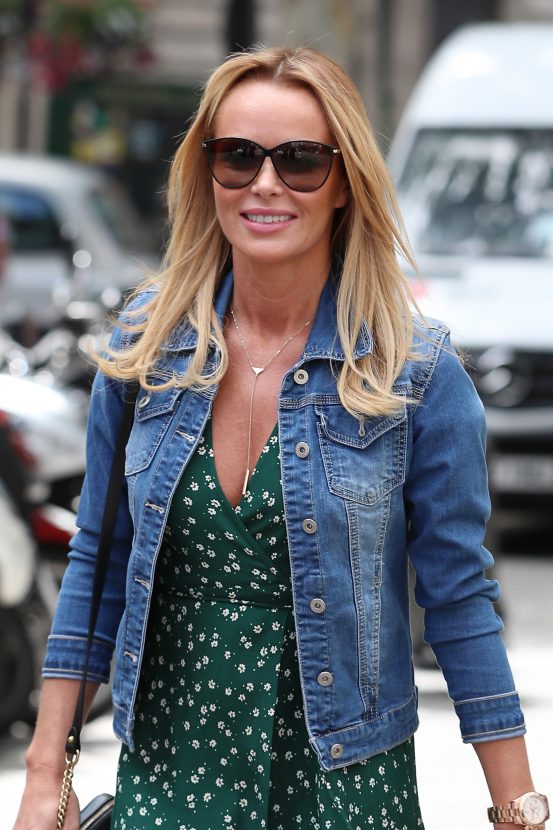 Appearing on This Is Mothership: Sofa Sessions, Amanda explained, ‘They’ve ended up all over my Instagram. For so long we did shots of them from the back and as they’ve grown up it’s a pride thing, you end up being so proud of them.’

Amanda said it was actually husband Chris who first encouraged her to share a shot of teenager Lexi, despite being fiercely privately and determined not to have them on social media.

‘[It was] the minute he said, “Lexi looks blinking gorgeous you have to post that,” Amanda explained, adding that she was more than happy to oblige.

Just a few weeks ago TV star Amanda posted a selfie with daughter Lexi as they enjoyed some mother-daughter bonding in Paris, while Hollie stayed at home with her dad.

MORE: Kerry Katona’s daughter hits back at ‘poisonous’ Fathers4Justice after blaming her for George Kay’s death

Prior to that, on Mother’s Day, Amanda also posted a gorgeous photo of herself, Lexi, Hollie and her lookalike mum all posing in the sunshine.

The family photo sparked a wave of adoring comments from fans who had previously never seen Amanda with her girls.

‘What a gorgeous family you have Amanda,’ one of her followers commented at the time, while another said, ‘What a stunning line up!’