Amelia Hamlin took to Instagram to share two new pics of herself posing in front of a statue and on a chair while wearing a figure-flattering pink lingerie set from Boux Avenue.

Amelia Hamlin, 20, is a gorgeous sight to see in her latest social media pics! The dark-haired beauty posed in a pink lingerie set, including a bra and matching bottoms, from Boux Avenue and shared the snapshots to Instagram on June 25. In the first pic, she’s standing in front of a white statue and has her head swung back while looking up with one leg crossed over the other.

She also has her hair pulled back into a low ponytail and is wearing a bracelet. The second pic shows her with the same look while sitting on an off-white padded chair. Her legs are crossed and she’s giving a serious look to the camera.

“pls don’t touch the art…or the statue. @bouxavenue,” she cheekily captioned the post, which received a lot of attention from her followers. “Beautiful,” one follower wrote while another called her “pretty.” Some pointed out how the set up looked like it could have been taken in her boyfriend Scott Disick‘s house and others left her heart-eyed emojis. 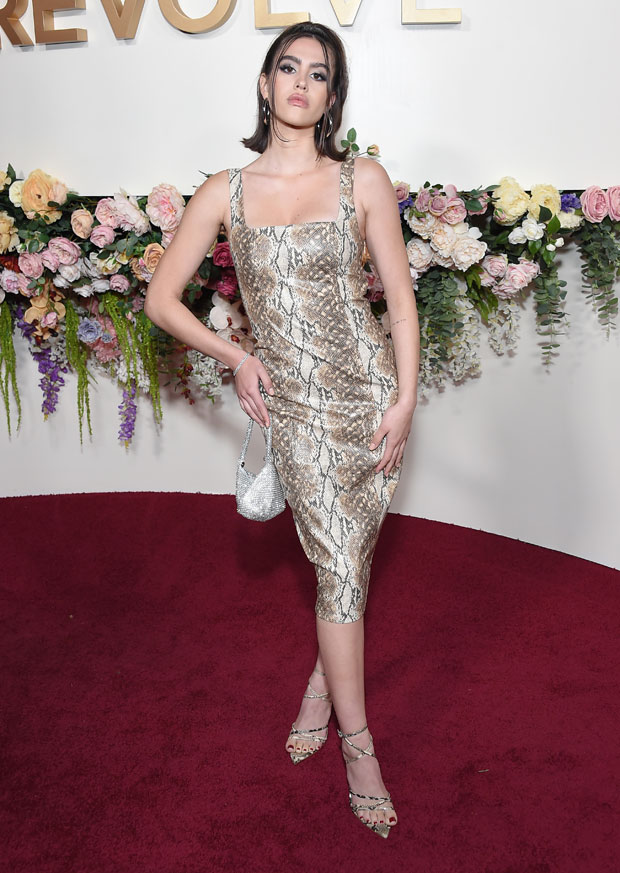 Amelia’s latest Instagram pics come just a few days after she wowed in a different lingerie set from the same brand. The daughter of Lisa Rinna rocked a light blue lacy bra and bottoms in those pics, which were shared on June 20, and looked just as amazing. She posed while laying sideways on a bed in one pic and standing against a wall in another.

When Amelia’s not getting attention for posing in lingerie, she’s doing so for showing off loving moments with her beau Scott. The lovebirds, who went public with their romance in Feb., recently celebrated her 20th birthday with a night out in Miami Beach on June 13. The smitten influencer shared videos with her followers of the moment Scott gifted her with a diamond necklace. As he put it around her neck, she started crying with tears of joy and gratitude.

The Keeping up with the Kardashians star also reportedly bought his lady love an expensive piece of artwork for her special day. It was a Saddle II, Paris 1976 vintage silver gelatin print by Helmut Newton that’s reportedly worth $57,000 and he was spotted reportedly purchasing it in Miami’s Design District.