Andy Garcia is the new father of the bride.

ET can confirm that the 64-year-old actor has been cast in the lead role of WB/Plan B’s Father of the Bride remake. The latest version, directed by Gaz Alazraki, will tell the story of a “father coming to grips with his daughter’s upcoming wedding through the prism of multiple relationships within a big, sprawling Cuban-American family.”

“I’m very excited to join The Father of the Bride, a beloved film that has brought so much joy to so many over the years and to represent my Cuban culture and heritage in this story,” Garcia expressed in a statement. “I commend Warner Bros. for their foresight and celebrate this opportunity they have created. I am looking forward to my collaboration with our talented director Gaz Alazraki and producers Jeremy Kleiner and Dede Gardner from Plan B.”

The new Father of the Bride will be written by Matt Lopez, produced by Plan B. Dede Gardner and Jeremy Kleiner, with Garcia as executive producer.

The short film began with footage of the original movie and sequel, as they introduce the characters. It then shows the year 2020 as Diane Keaton’s Nina kicks off the Zoom and reunites her family.

“When [Meyers] said, ‘What if we did one to help people in the pandemic get food?,’ we said, ‘That just sounds like a great idea,'” Martin said on the Today show ahead of the short film. “And I cleared my schedule — which was very busy — and we did it.” 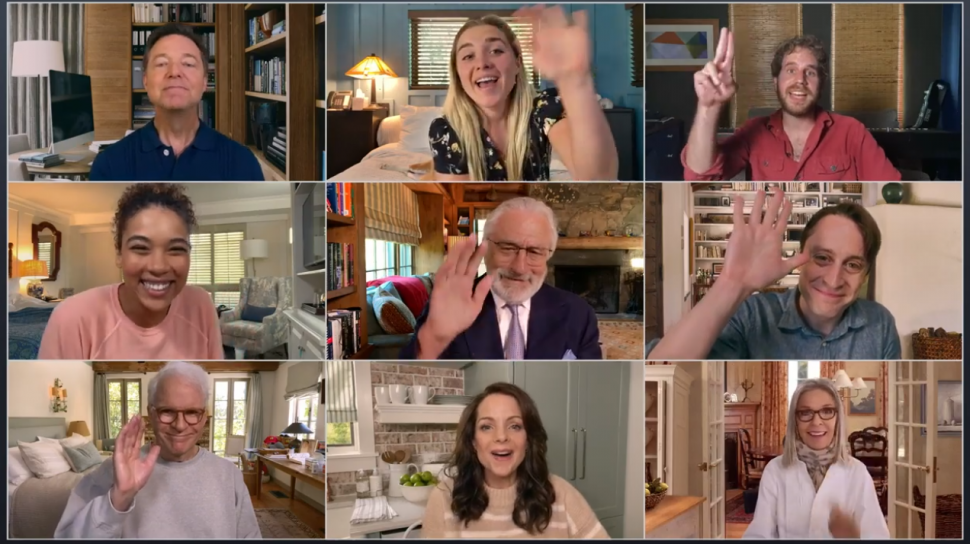