‘My heart is with you today and always’: Ariana Grande pays heartfelt tribute to Manchester Arena bombing victims… four years on from terrorist attack that killed 22 at her concert

Ariana Grande has paid tribute to the victims of the Manchester Arena Bombing on the fourth anniversary of the attack.

Taking to Instagram, the singer, 27, shared a touching heart drawing filled with bees as she penned: ‘Although grief is ever-present and our relationship to it is constantly evolving and expressing itself in different ways every day, year round….

‘I know that this anniversary will never be an easy one. Please know that I am thinking of you today. Manchester, my heart is with you today and always.’ 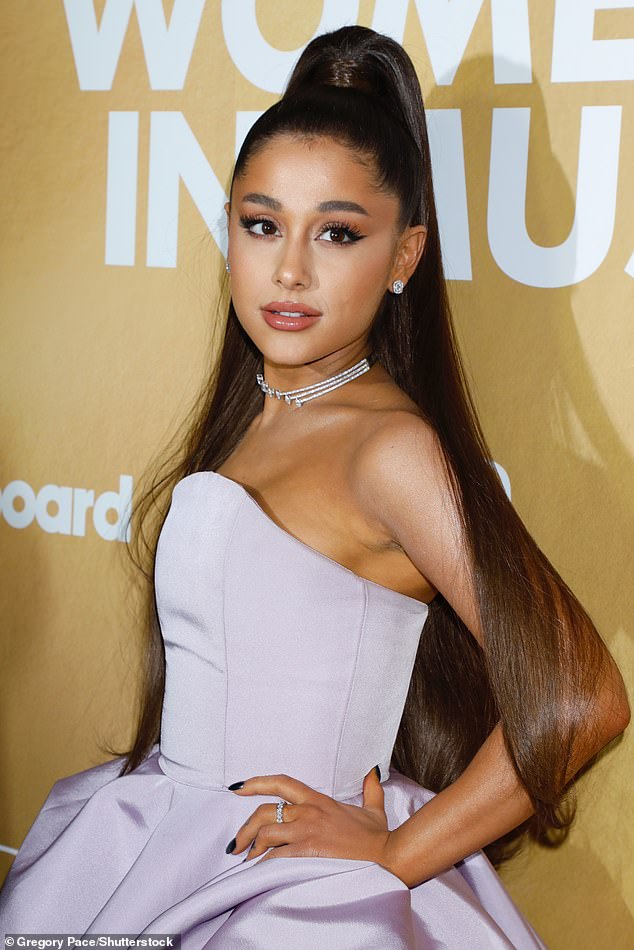 ‘My heart is with you today and always’: Ariana Grande has paid tribute to the victims of the Manchester Arena Bombing on the fourth anniversary of the attack

The suicide bomb attack perpetrated by Salman Abedi, 22, occurred on May 22, 2017 and resulted in the deaths of 22 victims while 139 people were injured.

Alongside the black and white image the names of the 22 people who died in the attack were listed: John Atkinson, Courtney Boyle, Philip Tron, Kelly Brewster, Georgina Callander, Olivia Campbell-Hardy and Liam Curry.

Following the attack Ariana paused her tour but returned to the city just two weeks later to headline the One Love gig in June 2017. 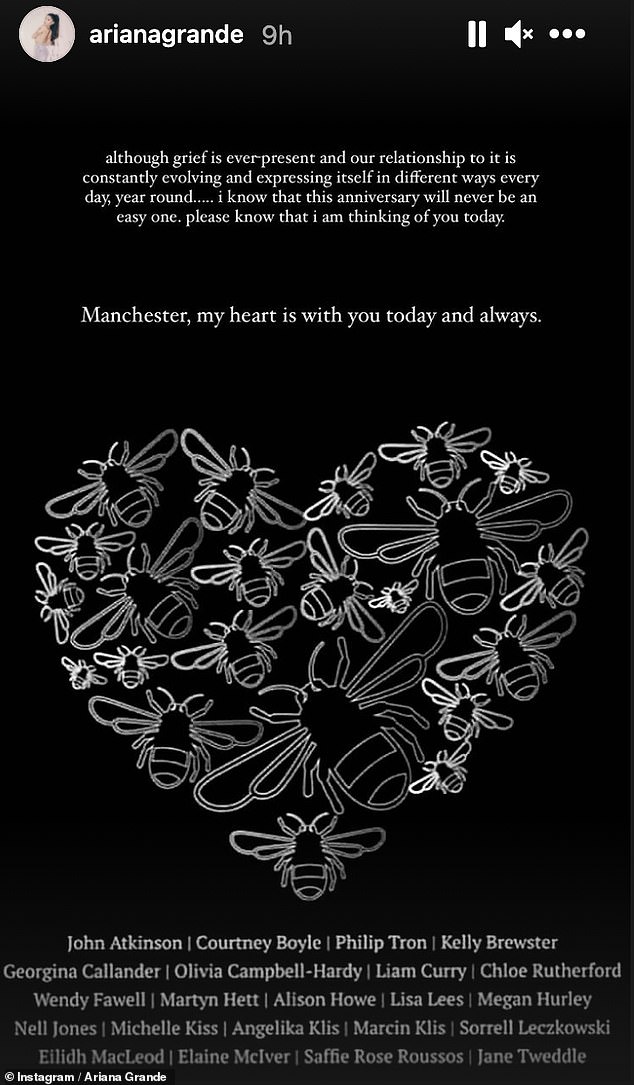 Always remembered: The singer, 27, shared a touching image of a heart filled with bees as well as a list of the 22 people who lost their lives in the blast

She made the brave decision to return for the benefit concert, which raised more than £17million, and saw the audience that attended her last show in attendance.

Also paying tribute to the victims on Saturday was Denise Welch, who included a heartfelt message in an Instagram post shared to mark her 63rd birthday.

Ending her lengthy birthday post, Denise penned: ‘I must also today send so much love to the families and friends of those who lost their lives in the Manchester arena bombing 4 yrs ago today and those who are still living with the mental scars.’ 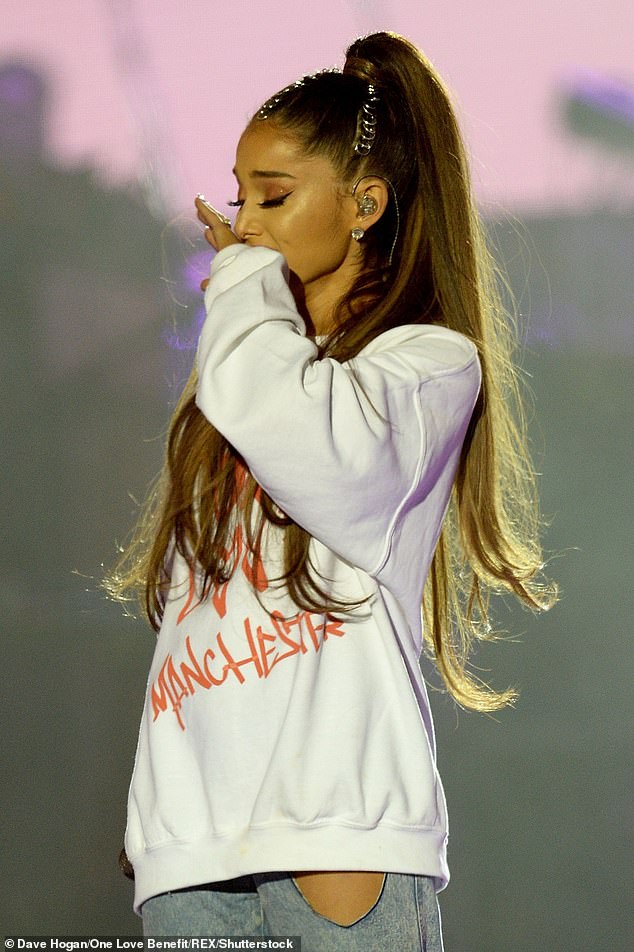 Strong: Following the attack Ariana paused her tour but returned to the city just two weeks later to headline the One Love gig in June 2017 (pictured at the benefit concert event)

Eight months after the horrific attack, Ariana shared an emotional letter to fans during her Dangerous Woman Diaries YouTube series.

She said: ‘It’s been eight months since the attack at our show at the Manchester Arena. It’s impossible to know where to start or to know what to say about this part.

‘May 22, 2017, will leave me speechless and filled with questions for the rest of my life.

Ariana continued as she praised Manchester and said: ‘The spirit of the people of Manchester, the families affected by this horrendous tragedy, and my fans around the world have permanently impacted all of us for the rest of our lives.

‘Their love, strength, and unity showed me, my team, my dancers, band, and entire crew not to be defeated. 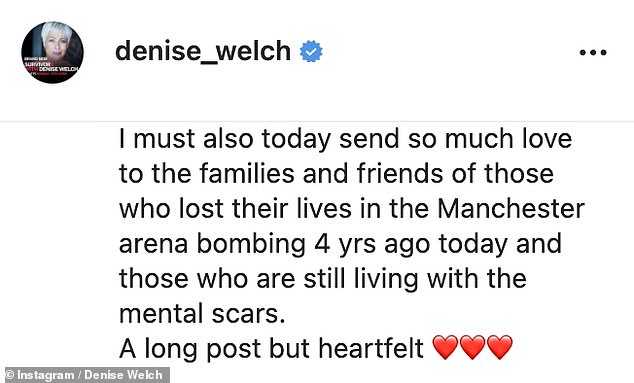 ‘Sending so much love’: Also paying tribute to the victims on Saturday was Denise Welch, who included a heartfelt message in an Instagram post shared to mark her 63rd birthday 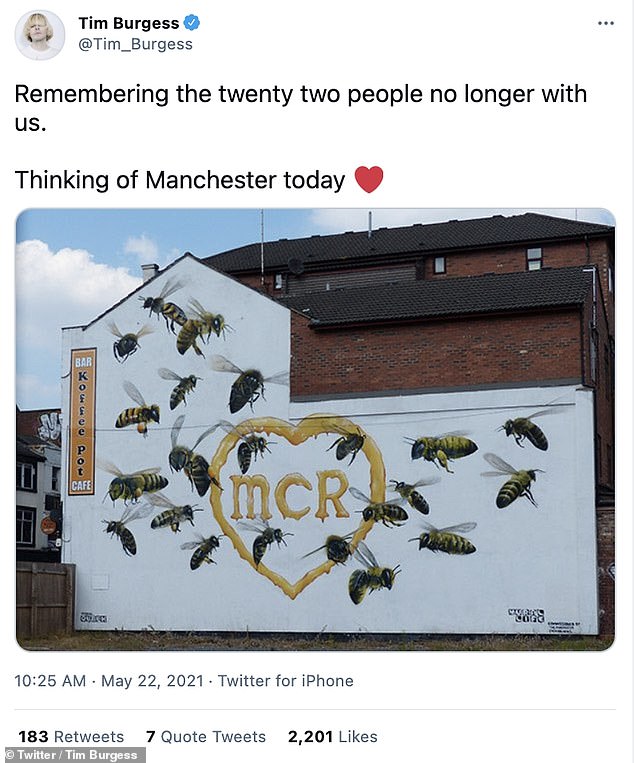 ‘To continue during the scariest and saddest of times. To not let hate win. But instead, love as loudly as possible, and to appreciate every moment… I think of Manchester constantly and will carry this with me every day for the rest of my life.’

Speaking on the third anniversary of the attack, Scooter explained that the pop star has post-traumatic stress disorder.

According to The Mirror, Scooter, who along with Ariana visited the families and injured at the Royal Manchester Children’s hospital in the days after the attack, said: ‘She has PTSD, she’s still suffering to this day.’ 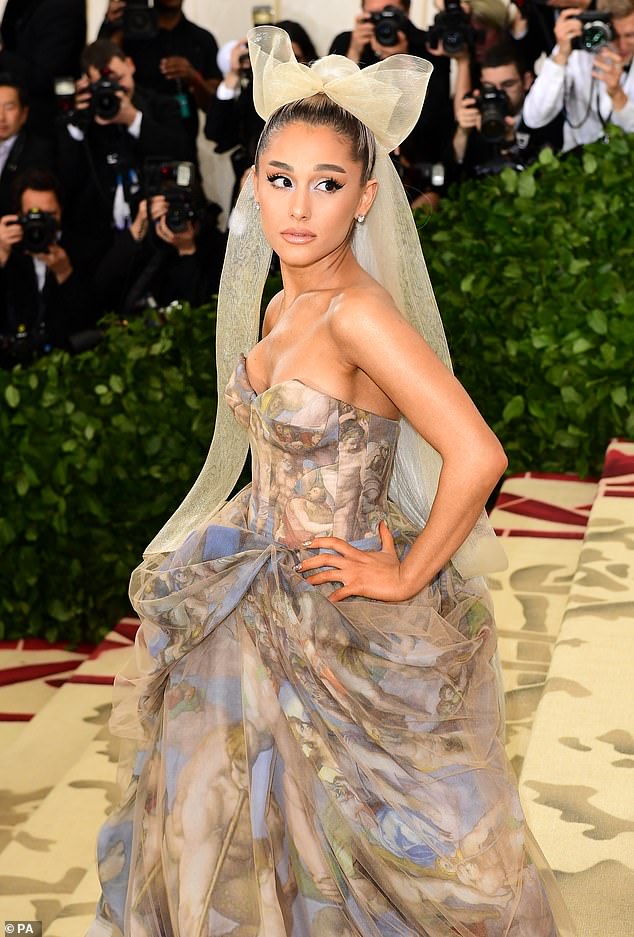 Brave: Eight months after the attack, Ariana shared an emotional letter to fans saying the blast will ‘leave me speechless and filled with questions for the rest of my life’ (pictured in 2018)

In a 2018 interview with British Vogue, Ariana revealed she had been experiencing symptoms of post-traumatic stress disorder.

‘It’s hard to talk about because so many people have suffered such severe, tremendous loss. But, yeah, it’s a real thing,’ she said.

‘I know those families and my fans, and everyone there experienced a tremendous amount of it as well. Time is the biggest thing.’

Since the bombing, Ariana has also returned to Manchester to perform at a Pride event at Mayfield Depot in August 2019. This was her first time back in two years.

The star admitted she was ‘nervous’ and ‘overwhelmed’ as she took to the stage in the Northern city after she held a benefit concert in aide of those who were injured in the bombing.

As she was cheered onto the stage by hundreds of fans, the award-winning musician looked emotional as she announced: ‘I love Manchester so much, thank you so much for having me back.’

The One Last Time hitmaker continued: ‘I’m so happy to be here with you – it means the world – so thank you for having me.

‘I’m sorry, I’m so nervous, I had so much more to say but I’m like very overwhelmed so thank you. It’s so beautiful, I love you so much.’ 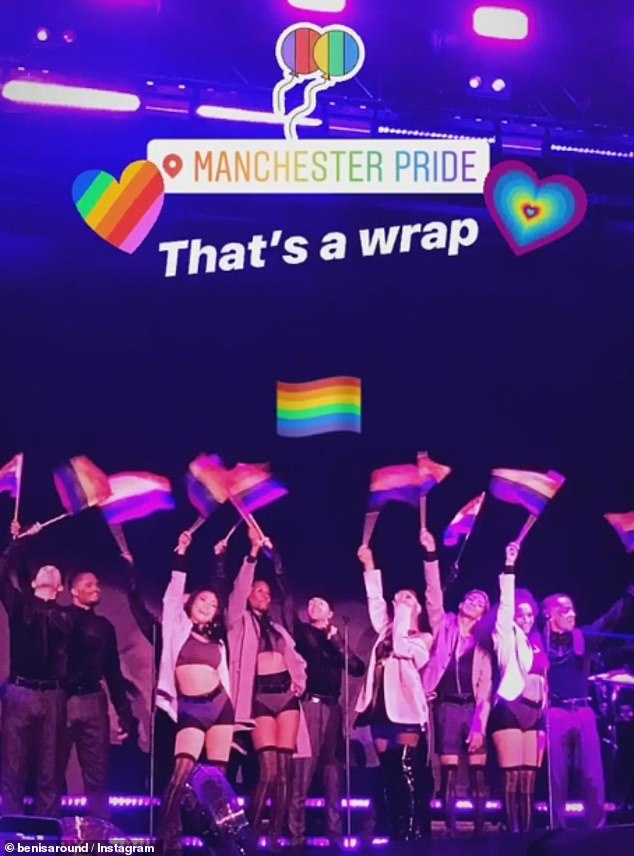 Return: Ariana returned to Manchester for the first time in two years as she performed at the Manchester Pride event at Mayfield Depot in August 2019