When “Vanderpump Rules” hit the scene in 2013, it was all the rage with reality TV fans. The hit combined attractive adults, workplace drama, and a famous boss to make a show that became a must-watch every week. “Vanderpump Rules” helped to put Lisa Vanderpump’s restaurant, SUR, on the map as a go-to dining destination with diners hoping to catch a glimpse of some of the cast members, like Stassi Schroeder, Jax Taylor, Kristen Doute, or Tom Schwartz. The show even helped spur another spinoff show for Lisa, “Vanderpump Dogs” on Peacock, per People.

Even with the success of the show, “Vanderpump Rules” has had a rough time recently with some major cast changes. Stassi, Jax, and Kristen — along with castmates Brittany Cartwright, Max Boyens, and Brett Caprioni — all left the show in 2020 for different reasons, reported Us Weekly. It turns out that all these differences in the show haven’t made filming Season 9 of the show easy for the remaining cast. Read on to find out why.

Vanderpump Rules' new season will be a rollercoaster of emotions 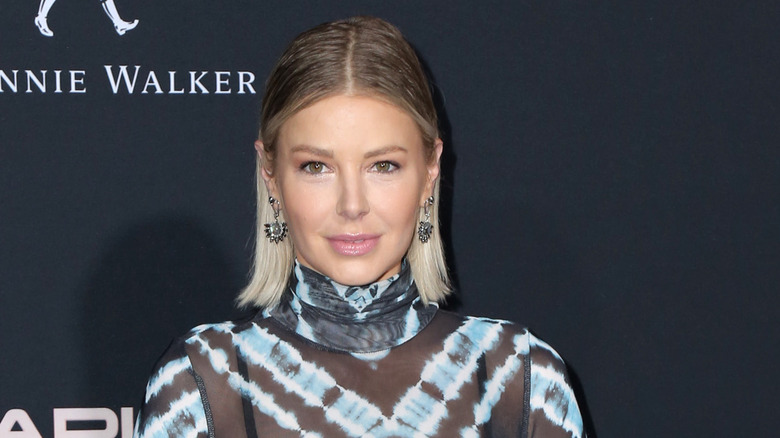 After a year-long hiatus, Bravo’s “Vanderpump Rules” will be returning to TV in late 2021, reported Hollywood Life. The show that follows the personal lives and workplace shenanigans of Lisa Vanderpump’s employees at her restaurant, SUR, will finally be back, and Season 9 will have more ups and downs than any season before, especially in the eyes of cast member Ariana Madix.

“It’s peaks and valleys — very high highs and some moments that have just been very hard as well,” she told Us Weekly. “But I think that means it’s probably going to be [good TV]. Whenever it’s really hard for you as a person, you can always assume it’s going to be great for other people to watch.”

While filming has been difficult for the remaining cast since the exits of Stassi Schroeder, Jax Taylor, Kristen Doute, Brittany Cartwright, Max Boyens, and Brett Caprioni, it really isn’t their absence that’s affected Ariana and her colleagues. “It’s because it’s emotional moments…,” she continued. “Everyone who is on the show currently are all people that I’m super close with … if you do have a disagreement it’s, like, you don’t want to fight with someone you love. But you have to talk about it … that’s what can be really hard about it.”

It turns out that the nature of reality TV has been getting to everyone, but, like Ariana said, it’s sure to make great watching for viewers of “Vanderpump Rules.”

Kathy Griffin Says She Attempted Suicide in 2020 Amid Pill Addiction

What Charles Mansons Fiance Has Been Doing Since His Death
Music