Home » Ashley Roberts: Lockdown left me in need of a hug

“Every lockdown has had its own identity,” says the 39-year-old dancer and singer, who finished a close second in the 2018’s Strictly Come Dancing to eventual winner Stacey Dooley, just months after her beloved father Pat took his own life. “The first one,” says Ashley, “was panic and fear. I was so far away from my mum I was like, ‘Mum, what is going on?’ The second one didn’t feel quite so bad as we all sort of knew that hopefully this wasn’t the end of the world. And I think the third one was the most challenging. It just felt like, ‘I’m just so over this now. I just want this to be over. I wanted to go out and not be told that I can’t see my loved ones anymore.'”

Ashley separated from her Strictly dancer boyfriend Giovanni Pernice just weeks before Boris Johnson announced Britain’s first lockdown. In an interview last month, Giovanni admitted that the split left him struggling with loneliness in lockdown. And Ashley says it accentuated the fact that she has had no partner since their break up.

“I’m single and I want to be out meeting people, having a connection and physical touch with another human. I yearned for someone to hug me.”

On the day that hugging loved ones finally became legal again, the first recipient of an Ashley hug was her “sister” Berly or, as she’s better known to millions of Pussycat Dolls fans, Kimberly Wyatt. “It’s so exciting that we can finally hug each other,” says Ashley, who has been the Showbusiness Correspondent on Amanda Holden and Jamie Theakston’s Heart FM radio show for the past two years.

“Kim and I were BFFs before we actually did the Dolls together. Way back in the day Kim was dating a friend of mine and we became really close and then she got into the Dolls and we’ve always been friends and she is like a sister to me.

“We instantly became friends and then we both went through the whole Dolls experience together and then she moved to the UK and I ended up in the UK and we are like family to each other.

“She’s an amazing person. We’ve been there for each other through so many ebbs and flows of life. I love her and her kids are just beautiful too. 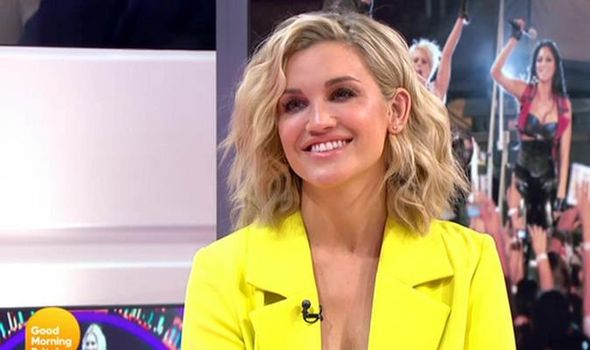 “I never had that bond really with other children but with her kids, I really do. They call me Auntie Ashley and they’re like my own family.”

Like millions of others across the world during the pandemic Ashley has had to adapt to the new normal and says she found consolation in the company of her Heart FM colleagues and also via the social media app TikTok.

“Having my Heart family got me through it completely. I’ve been considered a key worker and being able to go into that office was my saving grace.

“There were only four of us in the beginning, but to just walk in a space and see other humans and have that consistency really did helps me.”

“And I know it sounds unlikely but so did TikTok. I was posting dances or silly voiceovers and just using it to fill my day.

“I also took a Yale online course in the science of wellbeing about the longevity of happiness and knowledge and all these studies they’ve done and how helping others can help us; how shifting from being selfish to being selfless can be good for our souls.”

Following her father’s suicide in March 2018 – which Ashley announced on her Instagram feed – she’s been talking about the impact that social media can have on people’s collective psyches. 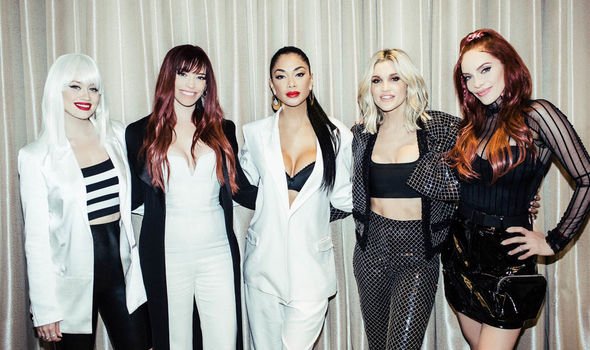 “Mental health has been a part of my family my entire life,” she says. “And we’re in a space now where we’re talking about it more, but when I was younger, we weren’t and then going through the pandemic has clarified that.

“It’s important because the pictures and images we normally put on Instagram aren’t the lows, aren’t the tough points and I think it’s important to remind all of us that everyone is going through some kind of struggle or battle that we can’t see.

“Life is a tricky little Mama Sita. She’s cute sometimes, but she can smack you around so start making sure that people know we’re not alone and just to reach out in a more emotionally vulnerable kind of space.

“When I’m around my close friends I can be vulnerable but sometimes with the public I get a bit nervous to show my vulnerability, because it’s not necessarily a place I feel fully safe.

“And yet, I still want people to know that I exist within that space. It’s super important that you’re checking in with yourself, and you’ve got a community of people that you can reach out to or a therapist or mentor or books or a podcast or a song or whatever it is, that can help you pull out of that situation. It’s so vital to know that because you don’t need to struggle on your own.” 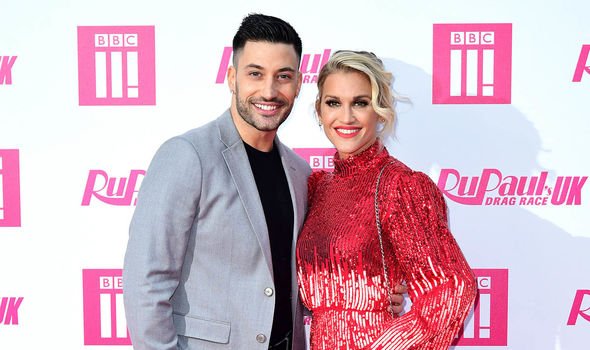 As well as satisfying her intellectual and emotional curiosity, Ashley also decided to explore the world of online dating during the pandemic.

“I did join one of those dating apps as I just thought, ‘well I’m not meeting people in real life so how else am I going to meet people?’

“Did I meet my prince online? Not yet and I have to say the whole sliding into the DMs (direct messages) thing was new for me.

“I never checked my DMs and one of my friends was like, ‘well just check in because maybe there’s somebody cute that’s trying to message you’.

“So, I did check in and there was a wide spectrum of things going on there but for me personally I’m not sure it’s the best approach.

“I just like meeting people in life so I’m really hoping that now that we’re opening back up that I can experience the actual chemistry of another human.”

And will Ashley be an enthusiastic participant in the post pandemic hedonistic bounce that’s predicted to follow 18 months of enforced isolation?

“Wow, that sounds like a wild party and I’m excited to go socialise, but I’m not going to be licking everyone’s faces. Well, maybe just the cute ones. Just kidding.”

One thing Ashley is hoping to resume is The Pussycat Dolls’ reunion tour, which was set to happen 12 months ago before Covid halted rehearsals days after they’d begun.

She hasn’t seen the other band members apart from Kim, who she’s been friends with for two decades. They stayed in touch on Zoom and Facetime during lockdown and have recently reunited to work together on a campaign to promote new, “guilt free” summer drink Take Five.

Even though Britain is edging towards full lifting of restrictions thanks to the successful vaccination rollout, Ashley says the pandemic continues to cast a shadow on the group’s plans to tour.

“We’re at the mercy of the pandemic sadly,” she says. “We’ve sold tickets for arenas but until arenas are able to be at full capacity, we’re just kind of playing a waiting game.” 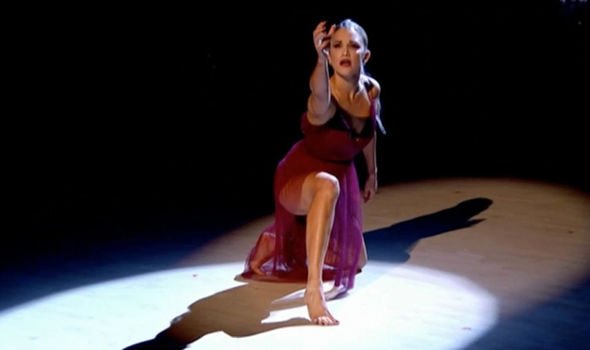 An event the pandemic seems less likely to suppress is Ashley’s 40th birthday party on September 14. “I’m going to celebrate it and bring it in with a bang, however I can. Hopefully that will be with as many friends as possible, but we’ll just have to wait and see.”

And looking further into the future both in and out of the spotlight, Ashley is confident that a new positive normal can emerge from the ashes of a dark period.

“Hopefully we get our asses back out on the road again, the Dolls can do this reunion as it’ll be so exciting to get the fans all amped up again.

“And ultimately I’d like to meet someone organically to travel with and go on new adventures with but whatever happens I’m just excited to see what a – hopefully pandemic-free – future holds.”

• Ashley Roberts is supporting the UK launch of TAKE FIVE Hard Seltzer, available from Amazon in four flavours from June 18