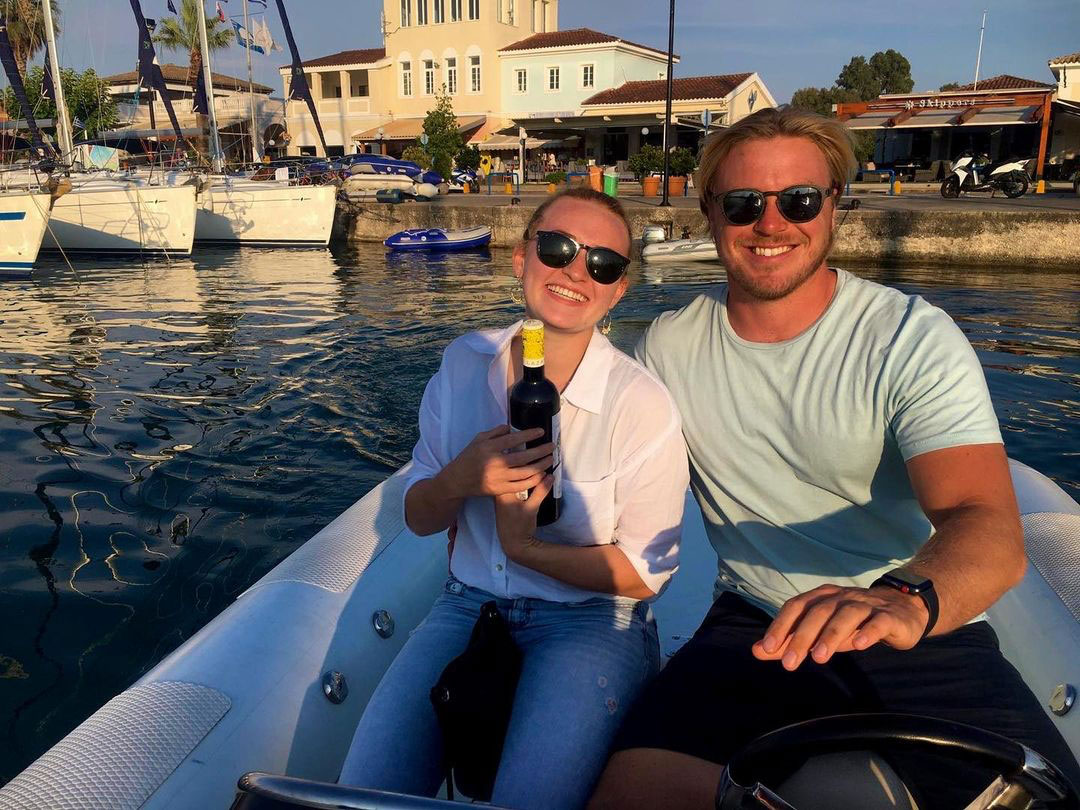 Celebrity Splits of 2021: Stars Who Broke Up This Year

Ciara shared the news via Instagram after a fan commented on her photo asking if she and Paget were still together.

“No,” the Bravolebrity replied. “Things happen. We’re still on good terms and wish each other nothing but the best.”

The former pair’s relationship began in 2016, years before they starred alongside one another on season 1 of Below Deck Sailing Yacht, which premiered in February 2020.

The one-time costars originally met when Ciara’s parents hired Paget to teach their family about sailing. He then proposed to the deckhand in July 2020 while the pair sailed in Italy.

“I did a thing 🙈 💍 @liveandsetsail❤️ #engaged,” the first mate wrote via Instagram at the time.

Ciara and Paget moved into their first home together in rural France in October 2020.

As of February, the couple were going strong. At the time, Captain Glenn Shepard told Us Weekly exclusively about his thoughts regarding his crewmembers’ wedding.

“I don’t know if I’m going to officiate, but I definitely plan to be there,” the captain joked on February 24.

Couples Who Survived the Reality TV Curse (So Far)

Captain Glenn noted that the former couple were “definitely” enjoying their engagement and “always having fun” together.

Following their breakup, Ciara seemingly deleted all photos of her ex-fiancé from her Instagram account. Paget, for his part, still has the love-struck shots posted to his feed, including the pair’s engagement announcement.

The last photo Paget posted with his former fiancée was on October 25, 2020.

“Enjoying my favorite season 🍂 with my favorite person 😍,” he wrote alongside an image of the pair staring into each other’s eyes. “We are both loving France and the fact that we live in the middle of nowhere! Good food, wine and the best company is all you need for a happy life😅 #happywifehappylife.”

Below Deck Sailing Yacht season 2 is currently airing on Bravo. Both Ciara and Paget did not return for the series’ second installment.

During season 1 of the show, drama unfolded when fellow crewmember Georgia Grobler admitted her feelings for Paget to his then-girlfriend.

Former ‘Below Deck’ Stars: Where Are They Now?

“I mean, a little flirtation is OK, but maybe if you push it to the edge, then people, even though they pretend they’re not feeling it, I think maybe they’re a little upset,” Captain Glenn told Us in February regarding the situation.

The truth about Joe Biden’s relationship with his sister Valerie