Bethenny Frankel shared an adorable pic of her and her daughter Bryn happily hugging each other while wearing ‘pinkalicious’ dresses.

Bethenny Frankel, 50, gave her fans a rare glimpse of her incredibly cute daughter Bryn in her latest Instagram pic. The Real Housewives of New York City star posed with the 11-year-old, whom she shares with ex-husband Jason Hoppy, as they smiled and wore matching stylish pink sundresses in the snapshot. They also wore similar sunglasses that the proud mom revealed are from her own brand in the caption along with different Birkin bags.

The mother and daughter duo also rocked sandals as they stood in front of gorgeous green bushes that had bright pink flowers growing on them. “Pinkalicious 💓#weekendvibes #momlife Bethenny brand sunglasses 🕶.” the caption for the post read.

Bethenny’s fans seemed to love the cute pic and shared comments full of compliments. “How beautiful,” one follower wrote while another called them “sweethearts.” A third called the photo “gorgeous” and many more left red heart emojis. 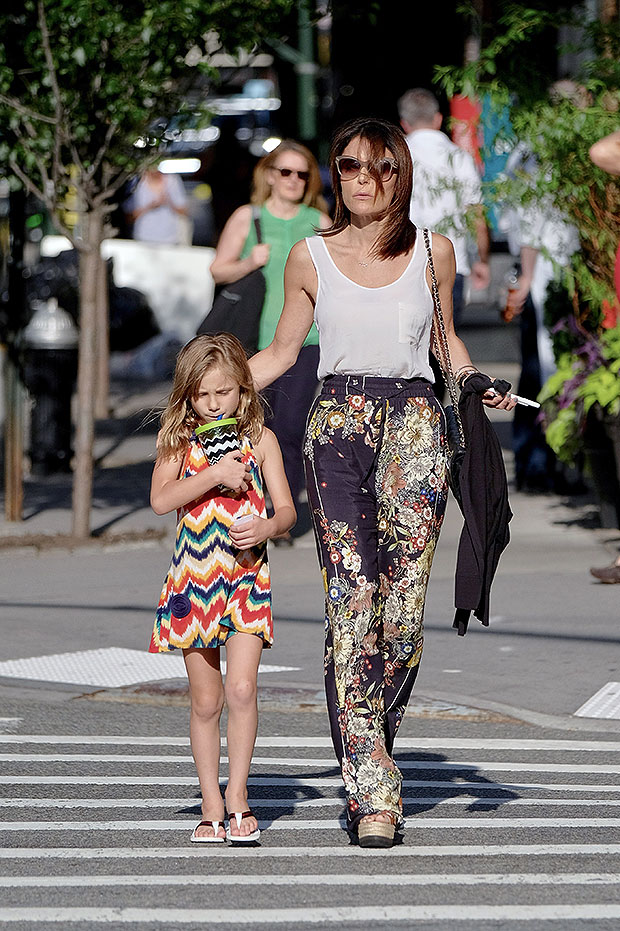 Before her most recent photo, Bethenny shared similar pics of Bryn back on May 8, her birthday. She appeared to be wearing the same pink dress while posing on an outside porch in one pic and hugging her mom, who was wearing a black top, in the other. The doting parent shared a loving message of gratitude alongside the photos.

“Bryn, you are the sweetest, most loving peanut in the world,” it read. “You give me purpose, an intention and the true meaning of love. You are the kindest, most free spirited person I’ve ever met, and I love watching you spread your wings to fly every day. I love you. Happy Birthday 🎂🎁🎉.”

Bethenny’s sweet moments with Bryn comes after she finalized her divorce from Jason earlier this year. The former lovebirds were married in 2010 but went their separate ways in 2012. She’s now engaged to film producer and real estate developer Paul Bernon, who she began dating in 2018. Although they briefly called it quits in 2020, they were back together by early 2021.