Britney Spears’ former manager Sam Lutfi released voicemail messages that he claims were sent to him by the pop singer in 2009 in which she begs him to get her out of her conservatorship.

Lutfi claims to have represented Spears between 2007 and 2008 and gained notoriety when he was blamed in part for her high-profile public breakdown at the time. Although Spears currently has a restraining order against him, he released a series of voicemails that he believes will help the “Toxic” singer in her ongoing legal case to end her conservatorship. 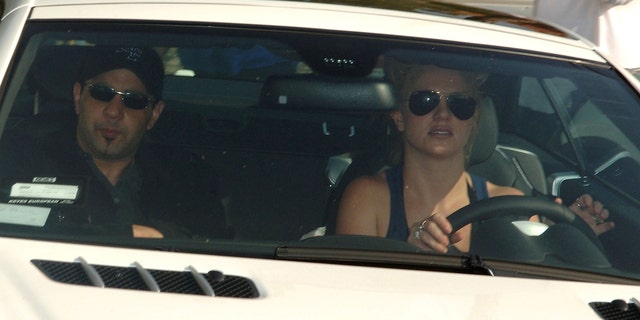 Sam Lutfi released a series of voicemails he claims were sent by Britney Spears.
(Chris Wolf/FilmMagic)

When applying for the conservatorship, Britney’s father, Jamie Spears, who she is now fighting over management of her estate, alleged that Lutfi was taking advantage of the star and helped contribute to her mental health deteriorating during her bitter custody battle with Kevin Federline, according to the Daily Mail. Lutfi has denied those claims.

In a second post that also shows a younger Spears with her children that Lutfi claims to have taken, the woman he says is Spears alleges that her father threatened her in the process of establishing the conservatorship.

“Hi my name’s Britney Spears.  I called you earlier,” the audio begins. “I’m calling again because I just wanted to make sure that during the process of eliminating the conservatorship that my father has threatened me several times, that you know, he’ll take my children away. I just want to be guaranteed that everything will be fine with the process and that you guys are taking care of everything, that things will stay the same as far as my custodial time.  That’s it, bye.”

In the third video, the voice Lutfi claims is Spears asks for John Eardley and John Patterson to be her legal representatives. In the caption, her former manager notes that he has released these voicemails in the past but they gained very little attention. He says that Spears’ former lawyer, Samuel Ingham, who resigned earlier this month, previously questioned the authenticity of the recordings and that her family “verified” they were fake.

Page Six reports that Eardley was denied a bid to challenge Jamie as conservator of Britney’s estate in 2008. In February of that year, Lutfi was issued a restraining order on the same day that her conservatorship began. In 2009, she got a second order that this time included Lutfi, Eardley and her ex-boyfriend Adnan Ghalib. The outlet notes that the restraining order was renewed again in 2019.

Britney Spears’ ex-manager claims he released voicemails she sent him in 2009 in which she allegedly asked for his help getting out of her conservatorship.
(Photo by Nicholas Hunt/FilmMagic)

Representatives for Britney and Jamie Spears did not immediately respond to Fox News’ request for comment.

In the final voicemail that Lutfi shared, the woman he claims is Spears noted that she is of “sound mind and body” and feels she is being held against her will and that most of her Constitutional rights have been violated. The allegedly leaked voicemail came along with screenshots of emails he says she sent him in 2008 asking for legal representation and reiterating her claims about her rights.

Lutfi alleges that he has presented the audio to attorneys as well as the courts but has not been taken seriously.

Earlier this month, Spears was granted permission from the court to select her own attorney following Ingham’s resignation. She is now repped by Mathew Rosengart who has filed to remove her father, Jamie, from her conservatorship. The change in representation came after her bombshell testimony last month in which she railed against her father and the conservatorship that he has overseen since 2008.