Cardi B took to Twitter to complain about the animated children’s show ‘Peppa Pig’ influencing her two-year-old daughter Kulture to ‘stomp’ in a ‘wet puddle’ every time she sees one.

Cardi B, 28, seemed to cheekily call out the animated character, Peppa Pig, from the long-running children’s series of the same name on Twitter on Dec. 27 and her fans couldn’t help but laugh. The rapper shared a tweet that explained the show is causing her daughter Kulture, 2, to jump in wet puddles with her UGG boots whenever she can and it’s ruining the fancy footwear.

“My baby been watching peppa pig,” she started her tweet along with a pig emoji. “and now Everytime she sees a wetpuddle she wants to stomp on top of it That shit gets me so tight ! F*Ckin up her uggs……Deum you peppa pig …COUNT YOUR F*CKIN DAYS!” She also added an angry face emoji expressing swear words. 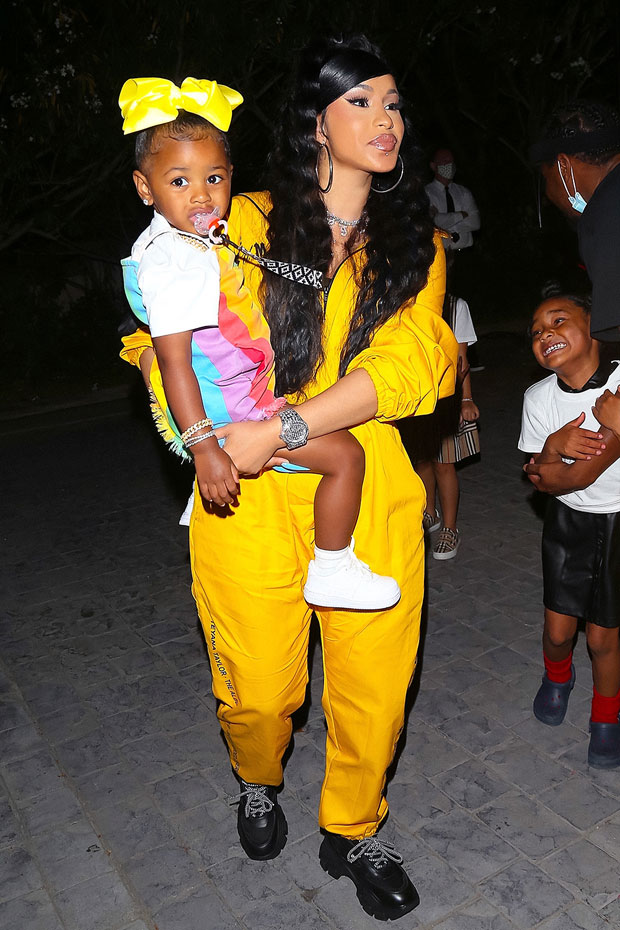 There's a Good Chance You Saw Nancy Carell on TV Long Before Her Husband, Steve