When Disney+ initially launched in November of 2019, the arrival of Baby Yoda overshadowed just about everything. But The Mandalorian wasn’t the only show that debuted on the new streamer that first day. Along with several other titles, Disney+ also premiered High School Musical: The Musical: The Series. The semi-meta concept of high schoolers who go to East High School, made famous by High School Musical and following in their predecessors’ famous footsteps, was sublimely clever. And for fans, the good news is Disney+’s High School Musical series Season 2 is already on its way back to the classroom.

Season 1 of High School Musical: The Musical: The Series was centered around the new crop of East High School students and their quest to put on a stage production of High School Musical. Olivia Rodrigo plays the show’s heroine. Her character, Nini, gets cast as Gabriella Montez, the character played by Vanessa Hudgens. Her co-star is Joshua Bassett. Bassett plays Ricky, Nini’s ex-boyfriend, cast as Troy Bolton, Zac Efron’s character. Their experience on stage rekindles their relationship, and their on-screen chemistry was such that fans wondered if they were dating in real life.

The operative word here is "were." In January of 2021, Rodrigo released her first pop radio single, "Driver’s License," which is purported to be about the end of her relationship with Bassett. Bassett is now seeing Sabrina Carpenter, another Disney pop princess best known for Girl Meets World and starring in Mean Girls on Broadway.

Carpenter is not in HSM:TM:TS, to be clear. But that’s ok because it seems that on-screen, Rodrigo’s character Nini will have enough drama in Season 2 as it is.

Like The Mandalorian, High School Musical: The Musical: The Series was greenlit for a second season a full month before Disney+ launched. However, due to the addition of a Christmas special for 2020, the second season didn’t finish filming before coronavirus pandemic delays upended the schedule.

But even though the series wasn’t ready to launch a second season by October of 2020, production was not that far behind. On Feb. 5, 2021, Disney+ announced Season 2 was heading to streaming in the spring. 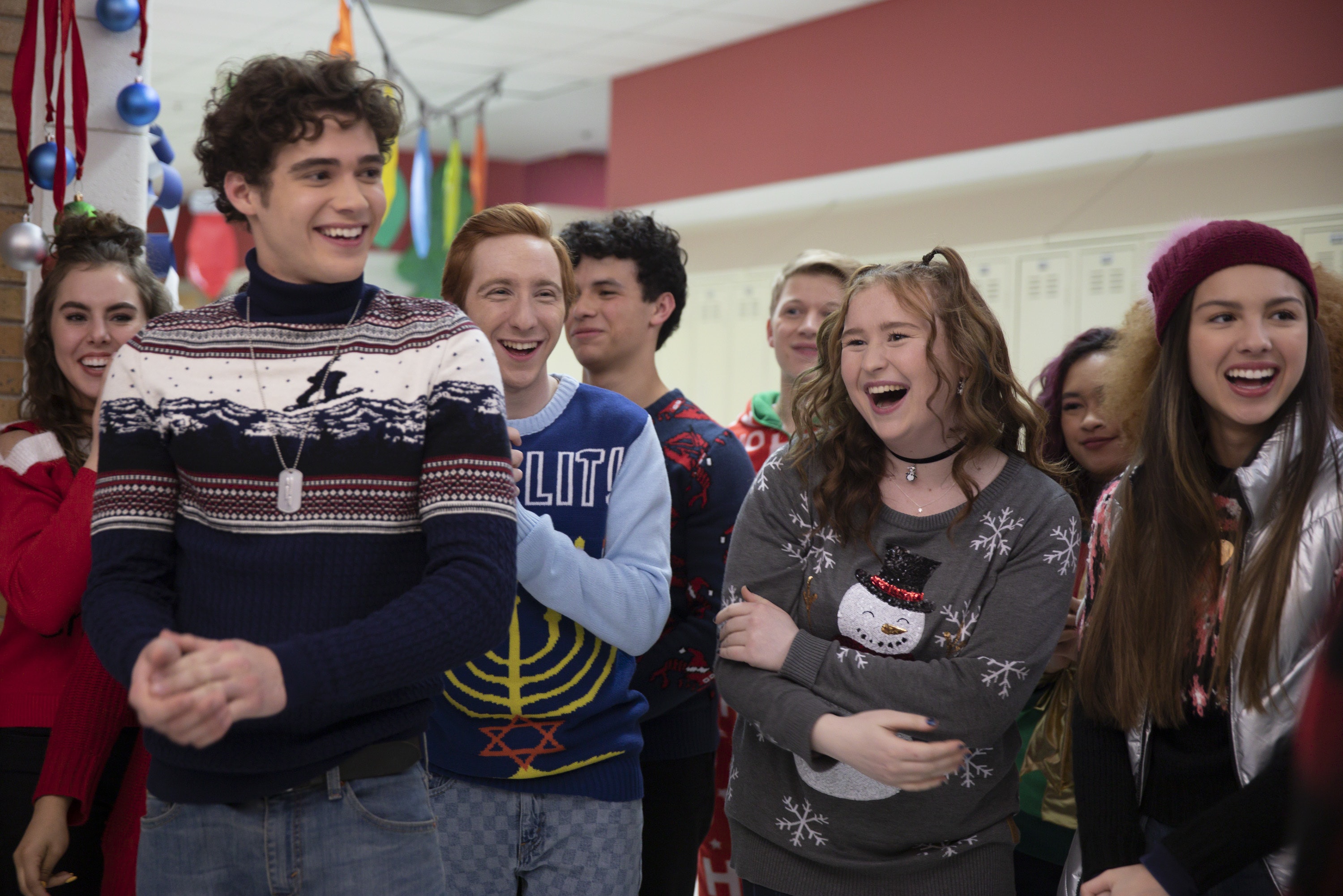 A new school year means the core set of characters will be returning to East High School one grade up. Both Olivia Rodrigo and Joshua Bassett will return as Nini and Ricky. Sofia Wylie also returns as Gina Porter, Matt Cornett as E. J. Caswell and Julia Lester as E.J.’s cousin, Ashlyn Caswell. And, naturally, fan-favorite Joe Serafini returns as Seb Matthew-Smith.

Larry Saperstein will be back as Ricky’s friend Big Red, and Dara Reneé as Nini’s right-hand woman, Kourtney.

As for those who help put on the show, Frankie Rodriguez is back as Carlos the Choreographer, Mark St. Cyr returns as STEM teacher Mr. Mazzara, and Kate Reinders is drama teacher Miss Jenn. As most high school TV series fans are aware, a new season means a new school year. And as most fans of high school musicals are aware, a new school year means it’s time to put on a new show. This being the Wonderful World of Disney, there’s plenty of musicals to pull from. But don’t worry, no one is doing Hamilton this year. Instead, it’s the timeless classic Beauty & The Beast. 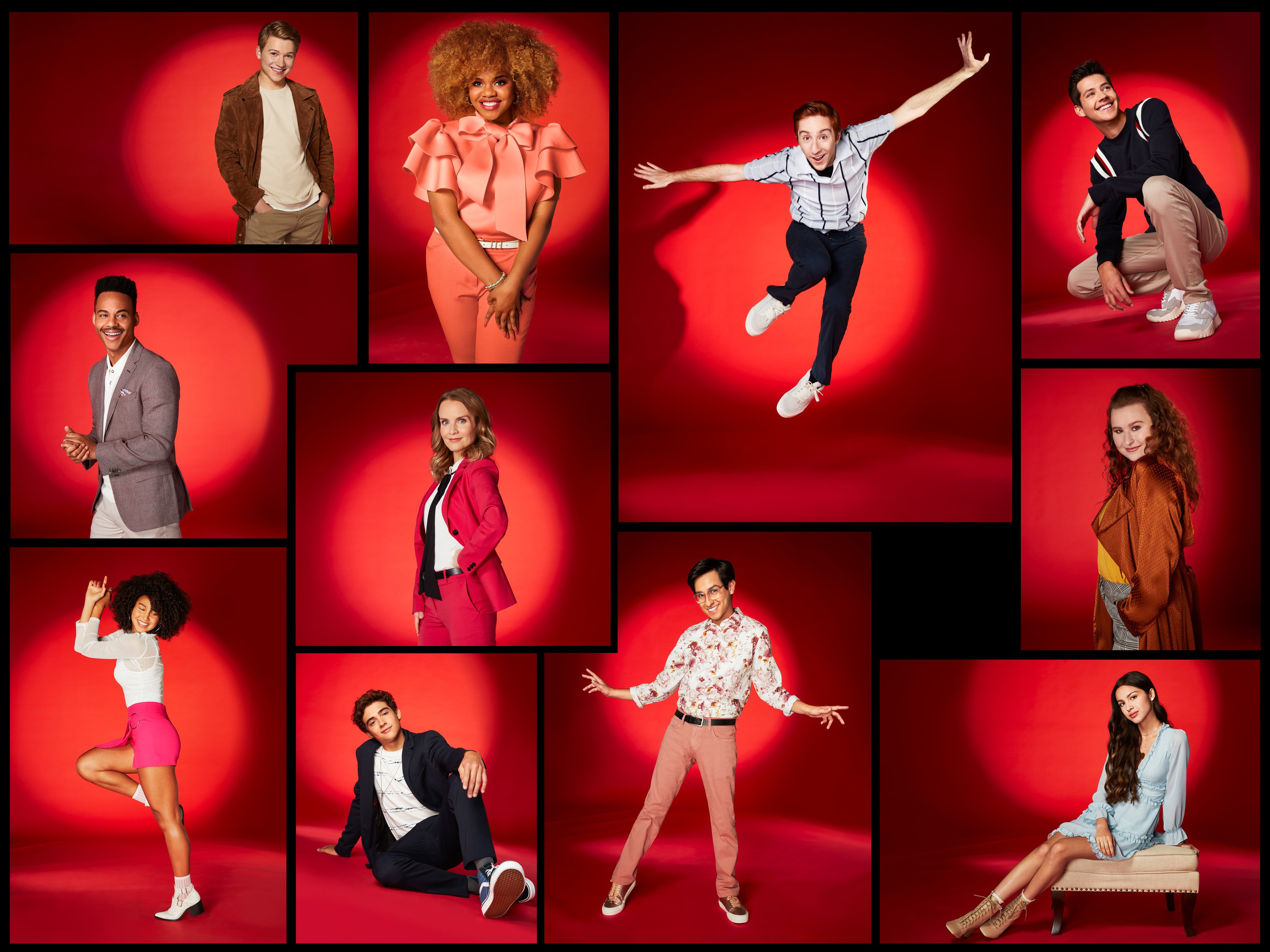 High School Musical: The Musical: The Series Season 2 premieres on Disney+ on Friday, May 14, at 12 a.m. PT/3 a.m. ET. The 12-episode series will drop one episode a week every Friday to follow.

Kylie Jenner Trespasser Sentenced to One Year Behind Bars

Gemma Atkinson: ‘Has to stop’ Gorka Marquez’s girlfriend lashes out at ‘posh t***s’