The year 2020 was supposed to be Marvel’s debut of Phase 4 with Black Widow and The Eternals, and the year the MCU expanded from the big screen to the streaming world of Disney+. But the coronavirus pandemic waylaid those plans. The Phase 4 films have now pushed back to begin in 2021. As for the Disney+ TV series, the planned first series, The Falcon & The Winter Soldier, remains in limbo. Disney+’s WandaVision will now be the first MCU series out of the gate on streaming. But despite Marvel’s best efforts to move it up from its original spring of 2021 release date to December, the series will miss the 2020 release window and debut in January of 2021.

Though WandaVision features a pair of MCU players who are less popular than Falcon or Winter Soldier, the series Marvel has planned looks like a fun one. The series is a tribute to old-school TV sitcoms, with black and white filmed episodes that feature non-CGI magic tricks with wires. (Vision’s maroon body paint didn’t read correctly in greyscale, so he was repainted to shades of blue.) Episodes were filmed in front of a studio audience, which actors carer film actors Elizabeth Olsen and Paul Bettany discovered they loved.

But the coronavirus pandemic complicated filming, and though the series has been back to work since the fall, in the end, December of 2020 was too big a push. The show will now debut on Friday, Jan. 15, 2021.

WandaVision‘s official trailer arrived on Sept. 20, 2020. As viewers can see at the end of it, at that point, Marvel was still working hard to get the series ready for a late 2020 release on Disney+. The series will now come in January of 2021 instead.

Still, the trailer gave fans their first look at the wacky sitcom homage WandaVision was aiming to create. Moreover, it hints that despite the glossy sheen of TV fantasy, this world was not all it seemed. 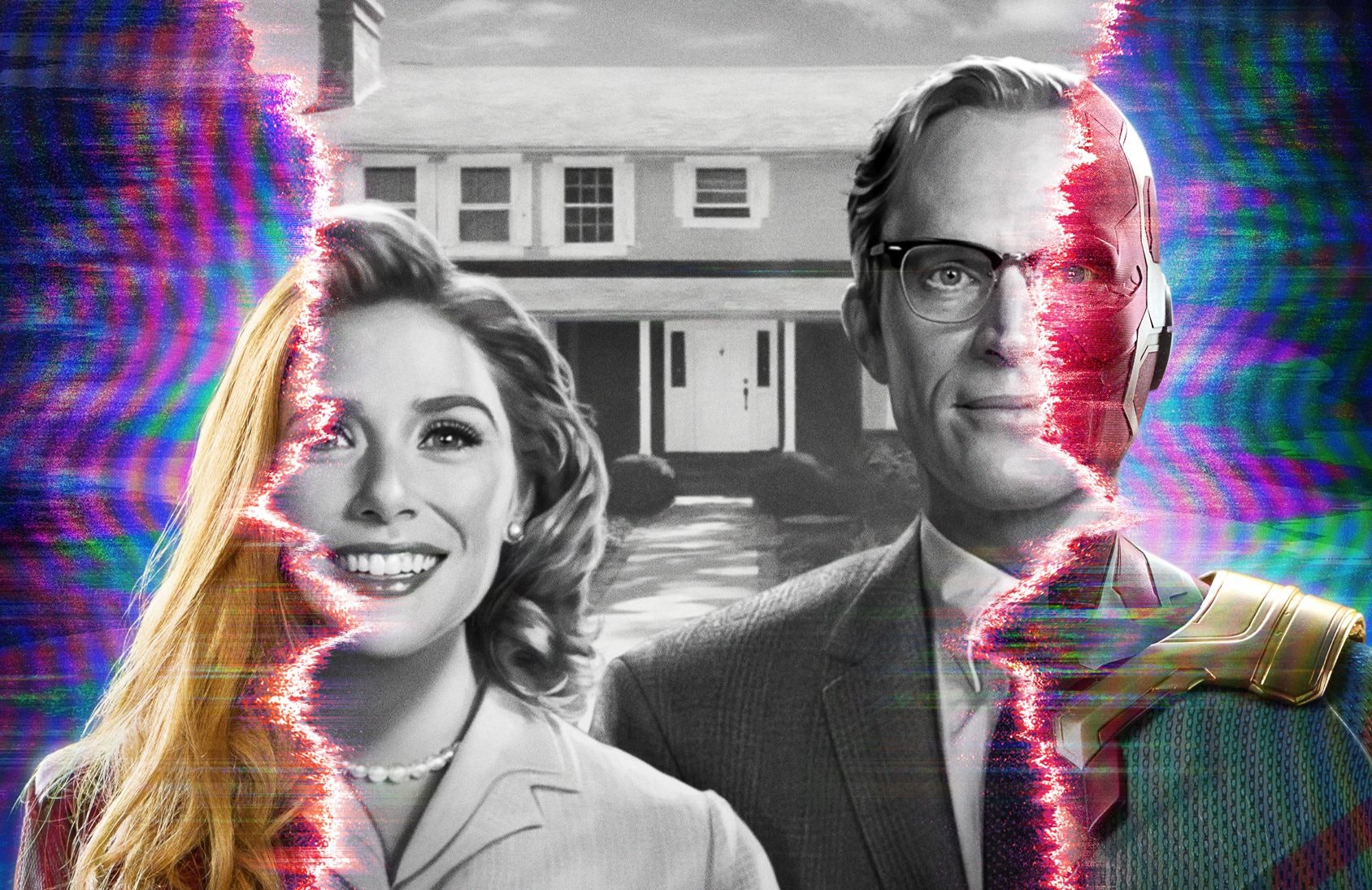 From the outset, all Disney+ shows, including WandaVision, were promised to be rooted in the MCU film world. That means the same actors from the big screen would reprise their roles on the small screen, with Elizabeth Olsen as Wanda and Paul Bettany as Vision, both of whom were introduced in 2014’s Avengers: Age of Ultron.

WandaVision will also introduce Kathryn Hahn as Agnes. Since the series is a sitcom sendup, she plays the recognizable trope of the "nosy next-door neighbor" who pops up for comic relief at the worst possible times.

But since this is an MCU spinoff, the cast is mostly made up of secondary characters fans will remember from the Marvel films. Actress Kat Dennings will reprise her Thor role as Jane’s intern, Darcy Lewis. Randall Park returns as FBI agent Jimmy Woo from Ant-Man & The Wasp. But most importantly, there’s Teyonah Parris, who plays the grown-up version of Monica Rambeau, who fans met as an eight-year-old in the 1995-set Captain Marvel. 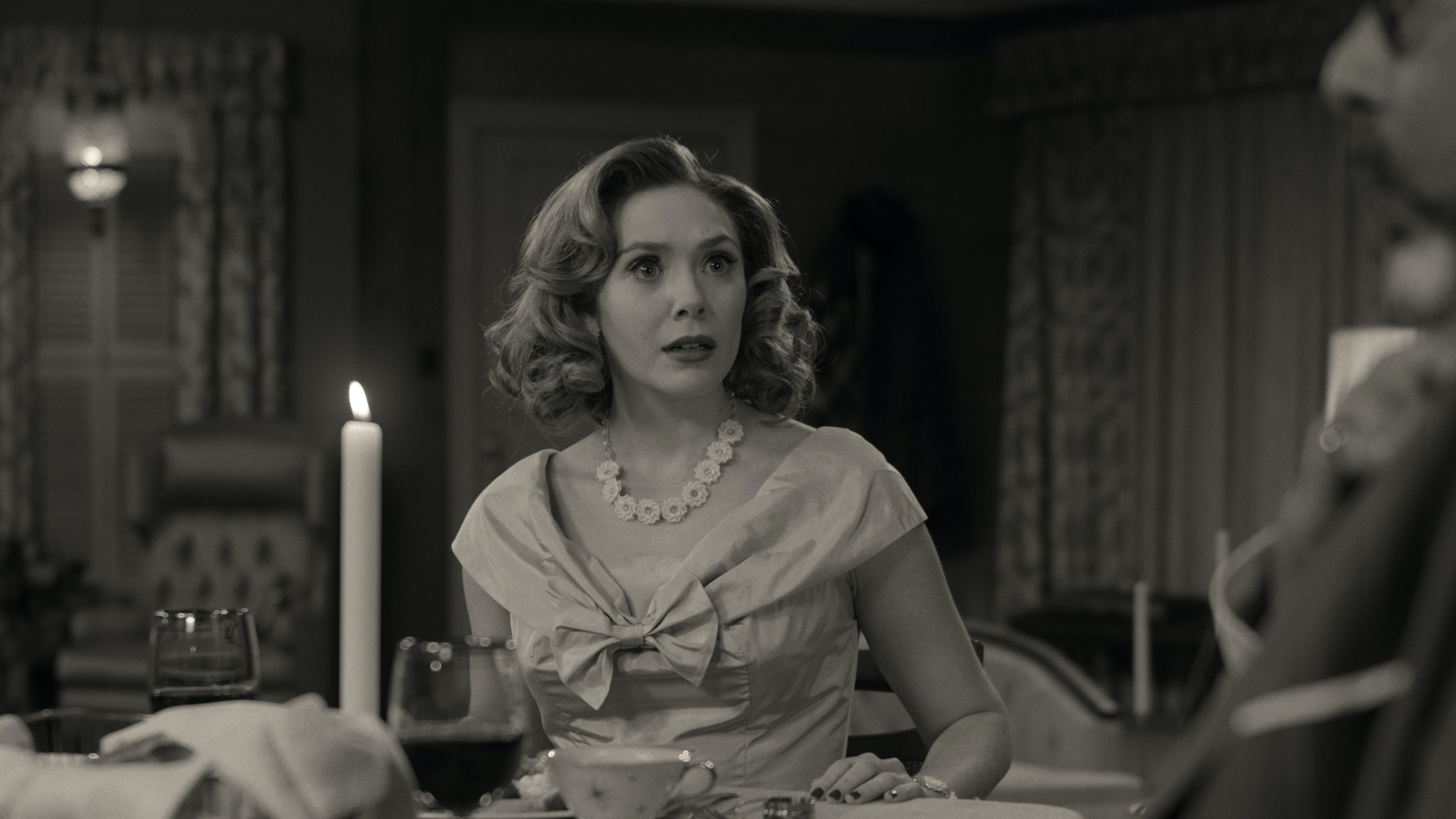 Like all Marvel projects, the MCU is playing this somewhat close to the vest. But the details so far have given fans a good idea of where the show is heading. Wanda and Vision’s relationship started in Avengers: Age of Ultron. Over the next few films, they attempted to snatch away stolen moments with hopes of one day living openly if the Sokovia Accords were lifted. But Vision’s death at Thanos’s hands in Avengers: Infinity War ended their relationship before it could truly begin.

Now, alone and grieving, Wanda has created a world where Vision is still alive, living in a fantasy of suburban bliss. As someone who grew up on television, these fantasies take the shape of old sitcoms, from Bewitched to All In The Family to Full House. 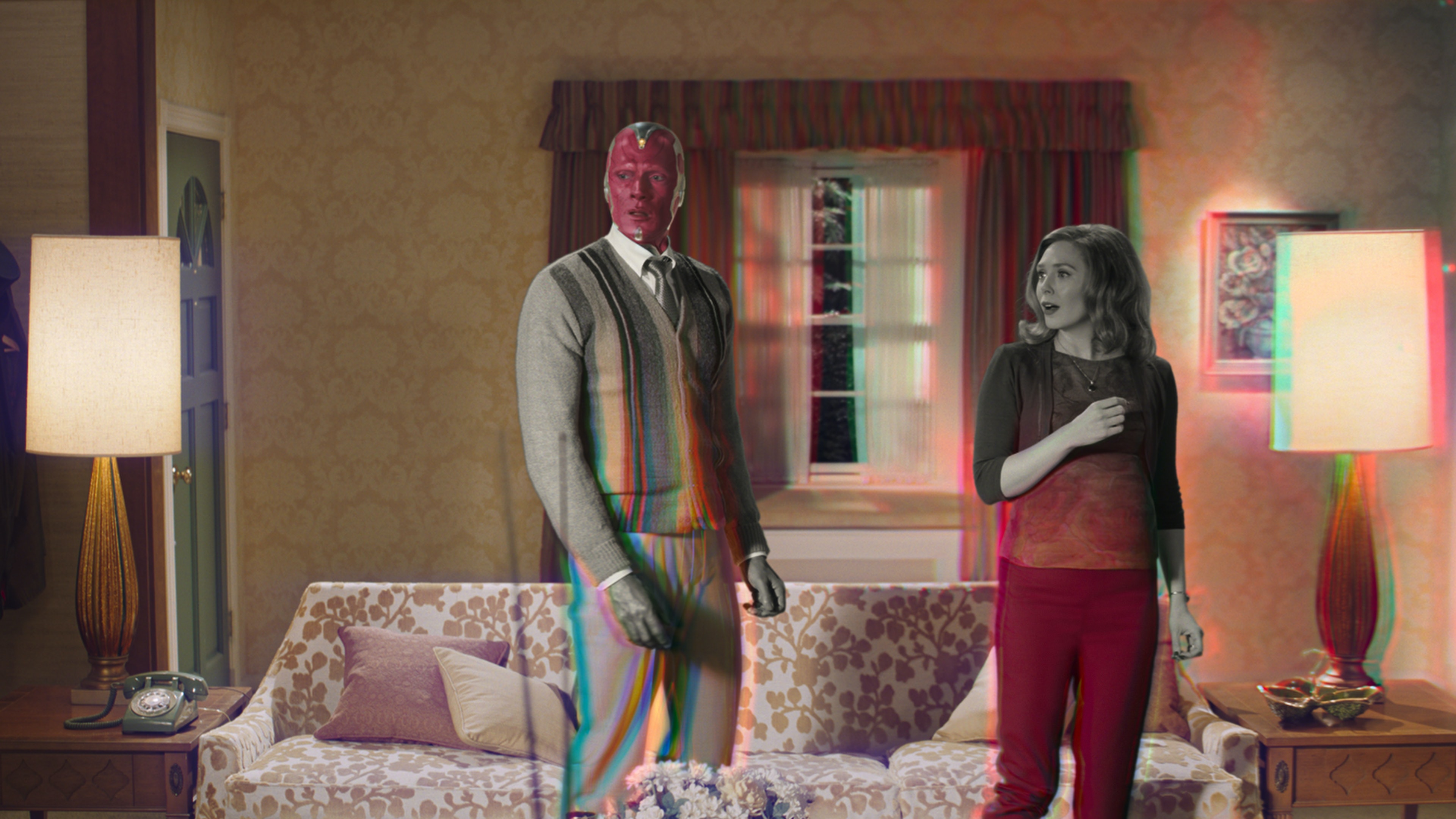 But is WandaVision that simple? Fans are guessing it is not. Back when Marvel originally planned WandaVision for a spring 2021 release, it’s arrival was supposed to presage with the May 2021 big-screen debut of Doctor Strange & The Multiverse of Madness.

Marvel has confirmed that even though the series is now arriving in January, while Doctor Strange has bumped back to March of 2022, the two stories are still linked. That suggests that Wanda’s world isn’t just a harmless fantasy but mucking up the space-time continuum and perhaps putting the whole universe in danger. 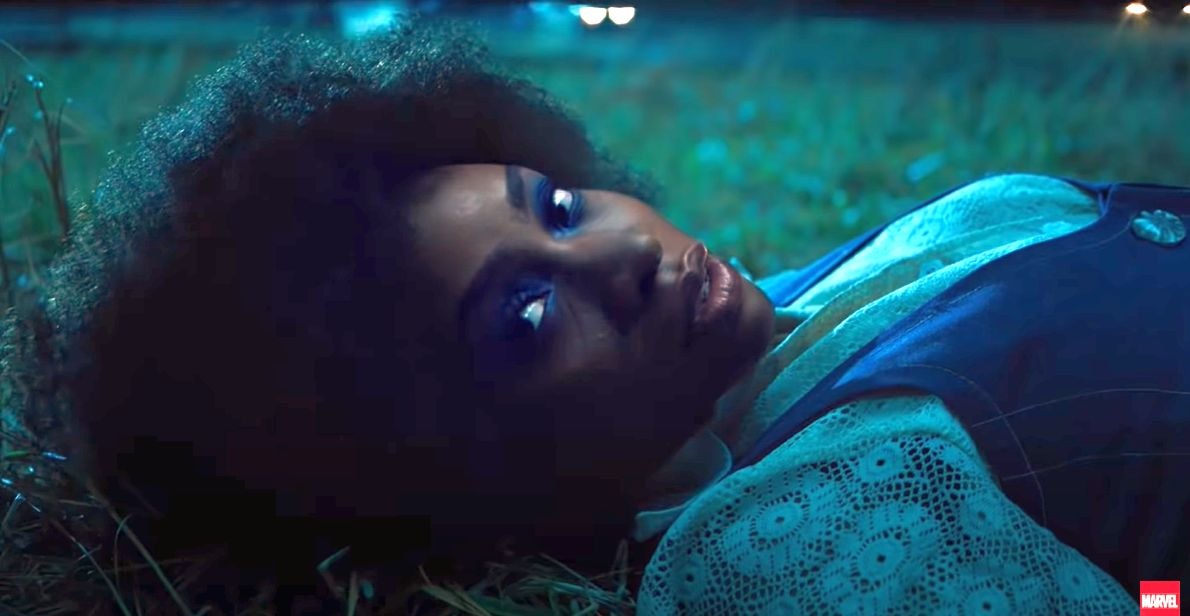 WandaVision‘s six-episode series premieres on Friday, Jan. 15, 2021, on Disney+. As of right now, Marvel is billing all its MCU streaming shows as limited series, so it is unknown if there will be a second season.

Prince Harry's Invictus Games Are Headed to Germany in 2022 — Get All the Details!

Roseanne Barr says she got butt injections because of the Kardashians: ‘I just love them’