He served as defense secretary under two presidents 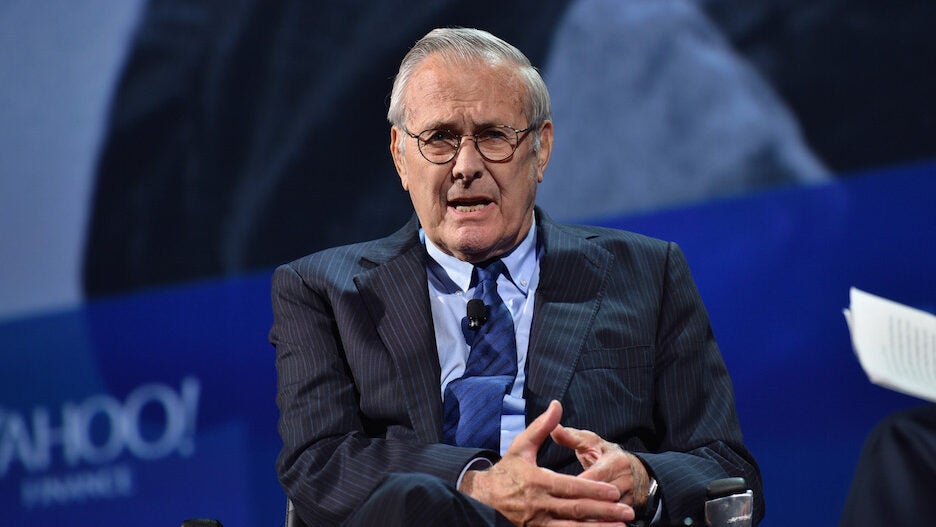 “It is with deep sadness that we share the news of the passing of Donald Rumsfeld, an American statesman and devoted husband, father, grandfather and great grandfather. At 88, he was surrounded by family in his beloved Taos, New Mexico,” said a family statement posted to his social media.

It went on, “History may remember him for his extraordinary accomplishments over six decades of public service, but for those who knew him best and whose lives were forever changed as a result, we will remember his unwavering love for his wife Joyce, his family and friends and the integrity he brought to a life dedicated to country.”

His involvement in America’s dealings in Iraq and Afghanistan, as well as his authorization of enhanced interrogation techniques that are now widely acknowledged as torture, were mentioned online frequently in the wake of the announcement of his death. Commentator Piers Morgan remarked that he was “one of the most significant & polarising American politicians of the modern age,” while others were less generous.

Ari Fleischer, who served as Bush’s press secretary and knew Rumsfeld, wrote, “I’m so sorry to hear the news about the passing of former Defense Secretary Donald Rumsfeld.  He was a sharp, talented, and enjoyable fellow.  I always enjoyed my relationship with him.  I send my condolences to Joyce and his entire family.”