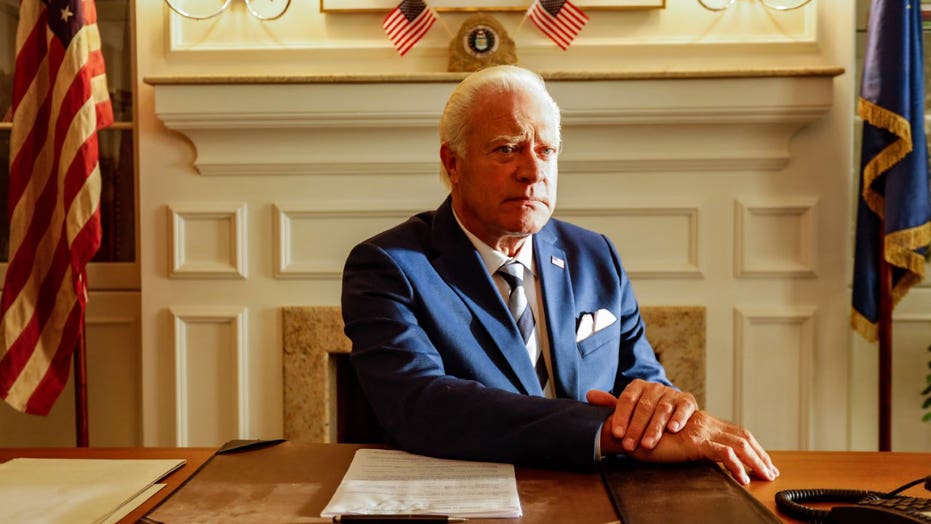 John James revealed he took “method acting” to a “new level” after he was rushed to the hospital while in Serbia filming for the upcoming Hunter Biden biopic.

James, 65, took a tumble Saturday at a top Belgrade restaurant while he was off-set. The incident resulted in a head injury.

The actor, who is portraying President Joe Biden in “My Son Hunter,” pointed to “method acting” as the reason for his injury. 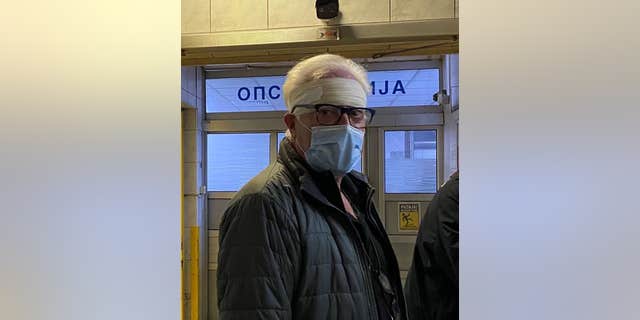 John James blamed ‘method acting’ for an injury he obtained while in Serbia filming ‘My Son Hunter.’ The incident happened off-set, but the actor noted he had been playing ‘stumbling and bumbling’ Joe Biden for the past month.
(Photo Credit: Phelim McAleer)

“I’ve been playing stumbling and bumbling Joe Biden for almost a month now on set, I guess I took method acting to a new level. I was walking into a Belgrade restaurant, and I collided with the side of a glass door,” James said.

“I had a large cut above my eye, and there was a lot of blood on the sidewalk. I was pretty stunned and was rushed to a hospital,” he added.

The Serbian hospital was packed, but gave “top class treatment,” according to James.

“It was Saturday night in the Belgrade ER room, and like Saturday night ERs all over the world, it was pretty crazy, but I received top class treatment and a couple of stitches and will be back on the set on Monday,” he said. “The show must go on.” 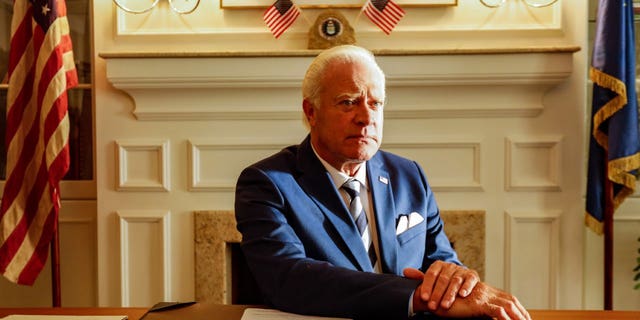 The former “Dynasty” and “The Colbys” star announced last month that he would portray Joe Biden in the new film.

“I’m going to announce that I’m playing the role of Joe Biden in the upcoming film ‘My Son Hunter,’” the actor shared in a video. “I am especially excited to be working with a wonderful actor, Laurence Fox, who’s going to be playing my son, Hunter. We have some interesting scenes together.”

James confirmed back in October that he will be starring as President Joe Biden in the upcoming film.
(Getty Images)

“The script has it all,” James continued. “Money, power, greed, sex, drugs and alcohol. That kind of reminds me of ‘Dynasty.’ Anyway, I hope you get a chance to watch our movie. I know you’ll enjoy it.”

Fox News’ Stephanie Nolasco and The Associated Press contributed to this report.

Emilia Clarke opens up about brain hemorrhages: 'It gave me a perspective that I wouldn't have otherwise'

What happened to Justin McSwain from My 600-lb Life?