The actress,, 50, has revealed she is having radiotherapy ‘to try and nuke any leftover cells.’

Just five month after her diagnosis, the EastEnders star has opened up about how she is now having some ongoing treatment ‘as a prevention.’ 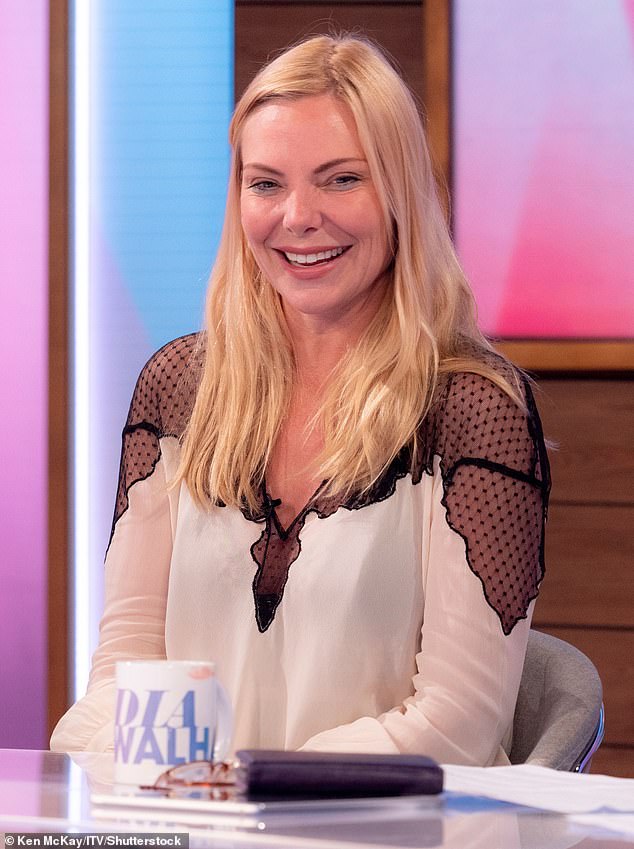 Amazing news! Samantha Womack, 50, has revealed that she is breast cancer free, but is having radiotherapy ‘to try and nuke any leftover cells’ (Pictured in July)

Speaking to OK! Samantha shared: ‘Now I’m just having some treatment as I go back to work, as a prevention… We’re feeling a lot better than we were.

‘My treatment is ongoing for breast cancer. The surgery was quite difficult to recover from just because it’s quite tender when you have lymph nodes removed. There’s a few mobility issues at the beginning.’

She recalled: ‘The first round of chemotherapy was pretty hardcore really, it was quite toxic,’ before adding: ‘I’ve got radiotherapy for a bit of time to try and nuke any leftover cells.’

Just last month, Samantha revealed her breast cancer was found during a ‘random check’ and said the disease has ‘attacked’ her ‘femininity’. 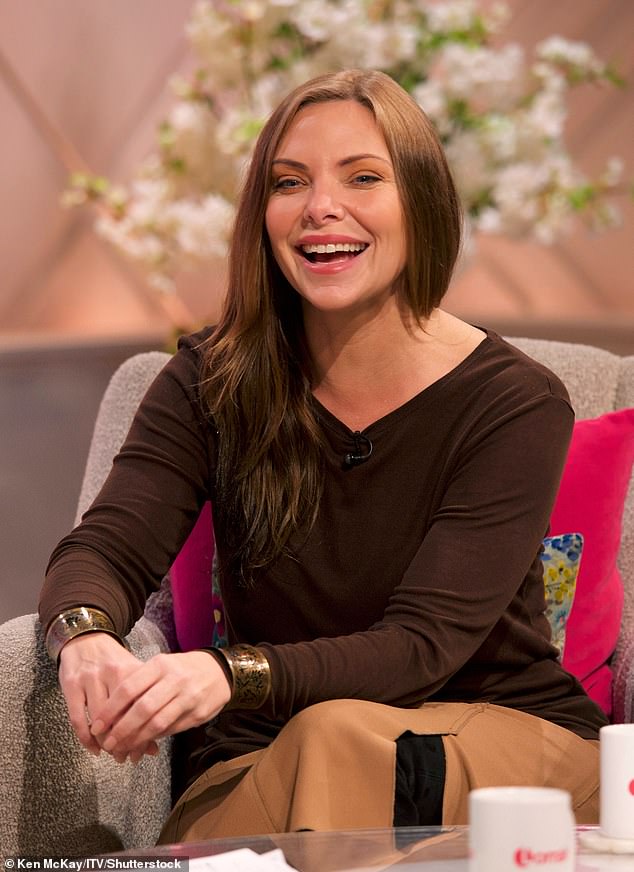 Preventative: Just five month after her diagnosis, the EastEnders star has opened up about how she is just having some ongoing treatment ‘as a prevention’ (Pictured in 2019)

Speaking on This Morning, Samantha said she didn’t find a lump when she was diagnosed four months ago, saying her cancer was discovered in a random check.

‘It was really incredible because I didn’t find a lump, I didn’t feel unwell,’ she explained.

‘There had been a lot of illness around our friends and family and I just thought I’d get a random check and I had an ultrasound, and it showed a little shadow – at that point it could be anything, a cyst… then I had further investigations and then that diagnosis.’

Samantha described herself as ‘very lucky’ because the lump was less than 2cm and she was able to have a lumpectomy to have the piece of tissue and five lymph nodes removed.

She went on to describe breast cancer as a disease which ‘attacks’ your ‘body’ and your ‘femininity’ as she urged other women to get checked.

She said: ‘Breast cancer is a strange one, it attacks your body and your femininity, your hair, your breasts, all these beautiful women of all ages.

‘So many women should be checking themselves in their thirties. That is an important message to get out and checked as well.’

The actress, also described battling cancer as ‘terrifying’ but praised the treatments that are available now to treat the disease. 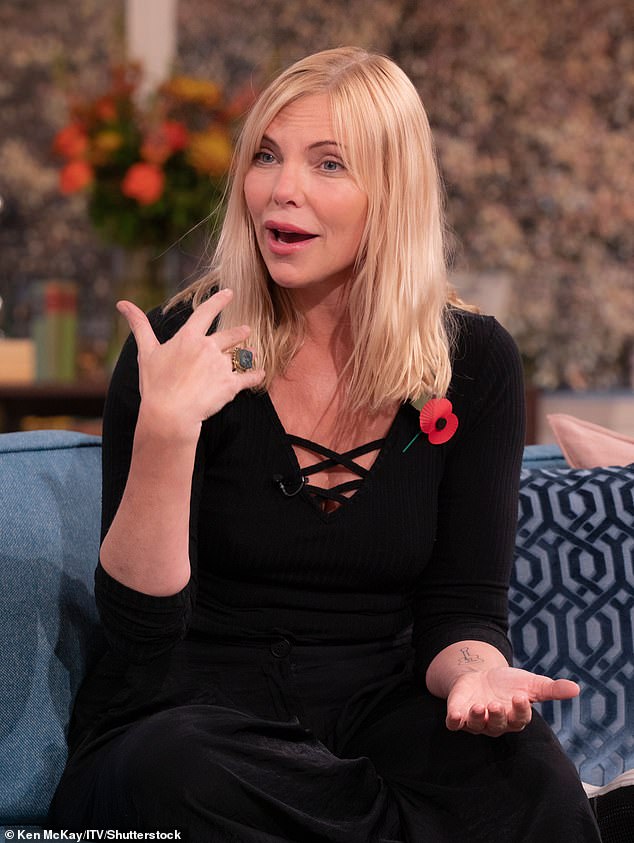 Diagnosis: Samantha previously announced she’d ‘started her own battle’ with the disease as she paid tribute to Olivia Newton-John, who died aged 73 after long fight with cancer

Samantha previously announced she’d ‘started her battle’ with the disease as she paid tribute to Olivia Newton-John, who died aged 73 after long fight with cancer.

Explaining why she revealed her news in that way, she said: ‘I always had quite a precarious relationship with what you share on social media but also challenging yourself, thinking, ‘Am I doing this because I want likes or am I doing this because there’s actual genuine intention behind it?’

‘So at the beginning, I was like, ‘I don’t know if it’s the right thing to do’ and then Lily, my daughter was in the kitchen with Ollie [Samantha’s partner] cooking and she read about Olivia Newton John, and she was on her phone.

‘She just read it in the kitchen and I’d been with Olivia, just for a dinner after a show I’d done, I’d played Sandy in Grease. 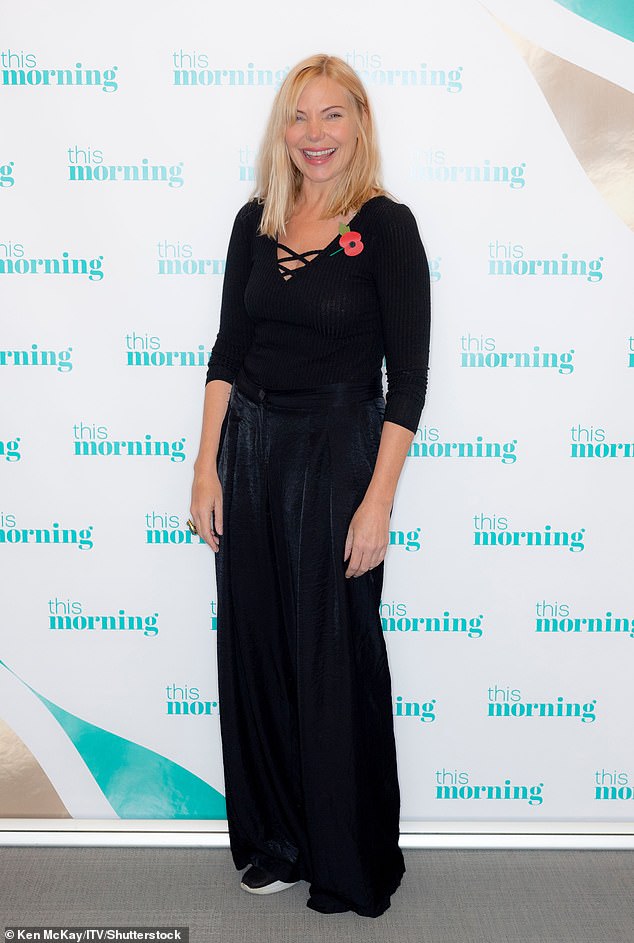 Surgery: Samantha described herself as ‘very lucky’ because the lump was less than 2cm and she had a lumpectomy to have the piece of tissue and five lymph nodes removed

‘I thought, ‘I want to share it. I want to talk to people. I want to put it out there’ and it was amazing, the love that came back. I felt empowered by it.’

Her latest comments come after Samantha gave an update on her health as she returns to work while battling breast cancer.

The actress took the theatre by storm to play her part of the White Witch on stage in The Lion, the Witch and the Wardrobe on Wednesday night.

Ahead of her performance and return to Narnia, Sam, who recently underwent chemotherapy treatment, said: ‘I’m back at work at the Gillian Lynne Theatre.

‘It’s been a rough couple of months but I am blessed to be back.’

In October, Samantha revealed she’s been struggling with headaches and a loss of appetite after beginning her chemotherapy for breast cancer.

The star, shared a sweet snap with her boyfriend Oliver Farnworth after he cooked her a delicious open fire dinner.

Penning a candid caption, Samantha revealed she had started to regain her appetite several days after her first round of ‘red devil’ chemotherapy, with many celebrity pals offering their support in the comments.

In the image shared to Instagram, Samantha could be seen beaming at her boyfriend Oliver as they enjoyed a vast meal together. 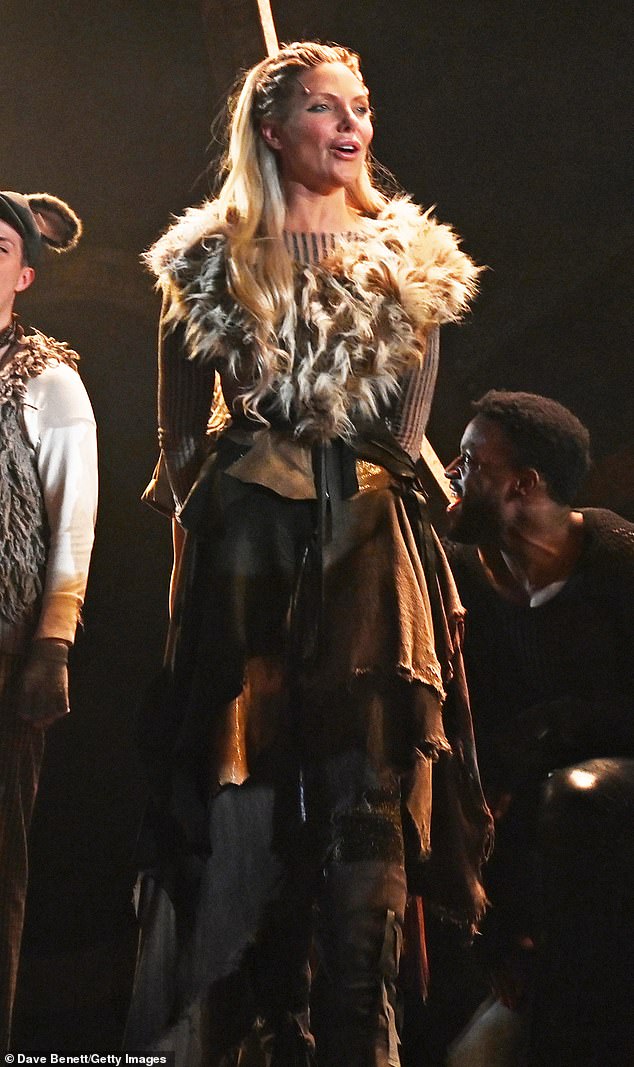 Brave: Samantha recently gave an update on her health as she returns to work in The Lion, the Witch and the Wardrobe while battling breast cancer

Her caption read: ‘This was a few days ago – after getting appetite back – following ”Red Devil chemo” Oli made this on an open fire in Valencia.

‘Struggling with migraines at the moment, but Xena the rescue dog by my side, keeping her Topaz eyes on me……..’

Red devil is the nickname for the chemotherapy drug doxorubicin, due to its bright red colour.

In October, Samantha revealed that she was set to undergo her first chemotherapy session as she shared a health update with her fans. 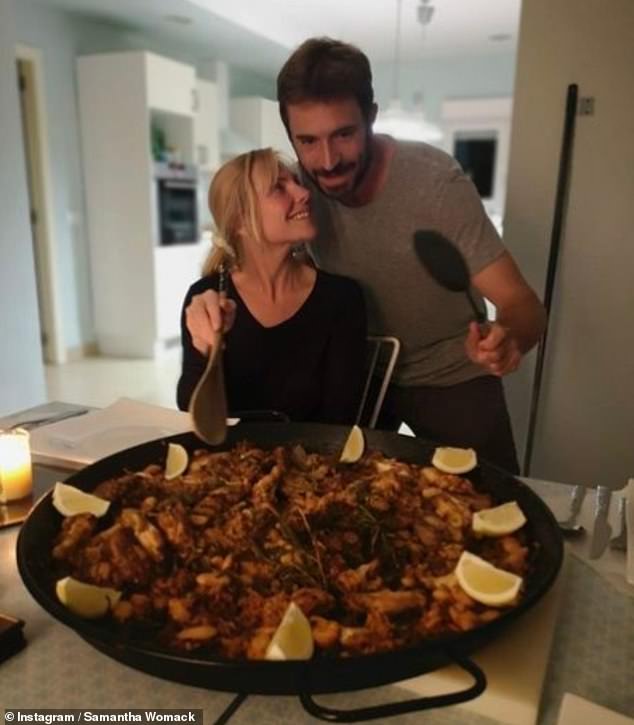 Candid: In October, Samantha revealed she’s been struggling with headaches and a loss of appetite after beginning chemotherapy for breast cancer

She took to Instagram to thank her 87,600 followers for their support following her breast cancer diagnosis.

Samantha has two children, Lili and Benji, with former husband Mark Womack, who appears in Emmerdale. They split up four years ago, but have carried on living together.

For the past two years she has been dating actor Oliver Farnworth, 40, and the three of them now form a ‘blended parenting unit’ — dividing their time between homes in Bedfordshire and Liverpool.

The Macmillan Support Line offers free, confidential support to people living with cancer and their loved ones. Call 0808 808 00 00 for support.

What is breast cancer?

Breast cancer develops from a cancerous cell which develops in the lining of a duct or lobule in one of the breasts.

When the breast cancer has spread into surrounding breast tissue it is called an ‘invasive’ breast cancer. Some people are diagnosed with ‘carcinoma in situ’, where no cancer cells have grown beyond the duct or lobule.

Most cases develop in women over the age of 50 but younger women are sometimes affected. Breast cancer can develop in men though this is rare.

Staging means how big the cancer is and whether it has spread. Stage 1 is the earliest stage and stage 4 means the cancer has spread to another part of the body.

The cancerous cells are graded from low, which means a slow growth, to high, which is fast growing. High grade cancers are more likely to come back after they have first been treated.

A cancerous tumour starts from one abnormal cell. The exact reason why a cell becomes cancerous is unclear. It is thought that something damages or alters certain genes in the cell. This makes the cell abnormal and multiply ‘out of control’.

Although breast cancer can develop for no apparent reason, there are some risk factors that can increase the chance of developing breast cancer, such as genetics.

What are the symptoms of breast cancer?

The usual first symptom is a painless lump in the breast, although most breast lumps are not cancerous and are fluid filled cysts, which are benign.

The first place that breast cancer usually spreads to is the lymph nodes in the armpit. If this occurs you will develop a swelling or lump in an armpit.

How is breast cancer diagnosed?

If you are confirmed to have breast cancer, further tests may be needed to assess if it has spread. For example, blood tests, an ultrasound scan of the liver or a chest x-ray.

How is breast cancer treated?

Treatment options which may be considered include surgery, chemotherapy, radiotherapy and hormone treatment. Often a combination of two or more of these treatments are used.

How successful is treatment?

The outlook is best in those who are diagnosed when the cancer is still small, and has not spread. Surgical removal of a tumour in an early stage may then give a good chance of cure.

The routine mammography offered to women between the ages of 50 and 70 mean more breast cancers are being diagnosed and treated at an early stage.

For more information visit breastcancernow.org or call its free helpline on 0808 800 6000