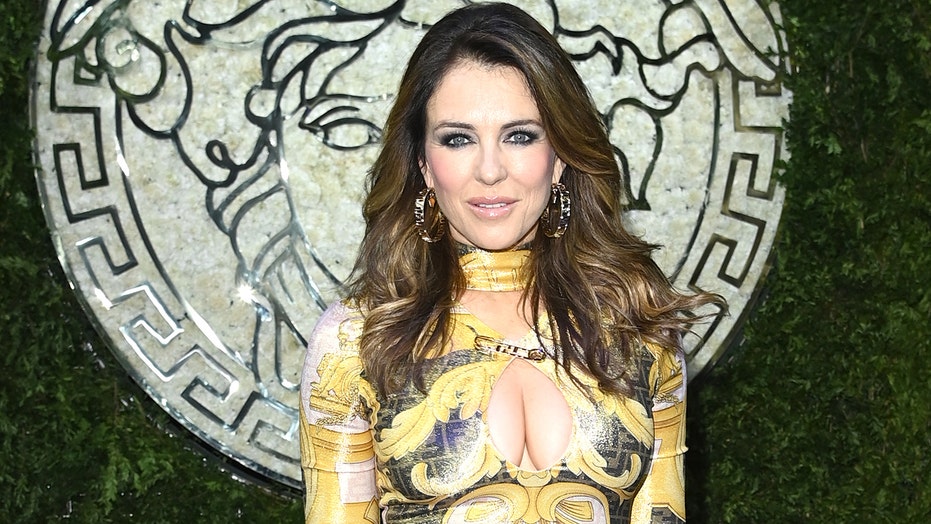 Elizabeth Hurley sure knows how to make an entrance.

On Sunday, the British star was seen on the front row of the Versace special event during Milan Fashion Week Spring/Summer 2022. The model, actress and swimsuit designer was accompanied by a very special date – her look-alike son, fellow model Damian Charles Hurley.

The 56-year-old made jaw drops with a sizzling number that perfectly showcased her famous figure. For the glitzy event, Hurley rocked a skintight golden long-sleeved dress with a dangerously low-cut V-neck. The star completed the look with strappy gold sandals, matching hoop earrings and a miniature pearl-white bag with a chunky chain strap. 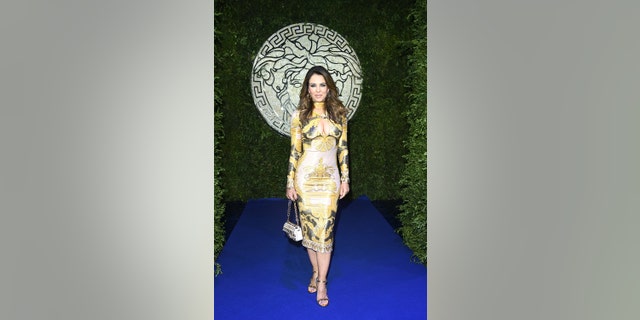 In the beauty department, Hurley rocked her signature smoky eyes, along with glossy nude lips.

Hurley’s ensemble is from the “Fendace” collection, which highlights Versace’s Greek print and the Fendi monogram, The Telegraph reported. It was modeled on the runway by Paloma Elsesser.

At one point during the show, Hurley posed for photographers alongside son Damian, 19, and Demi Moore. 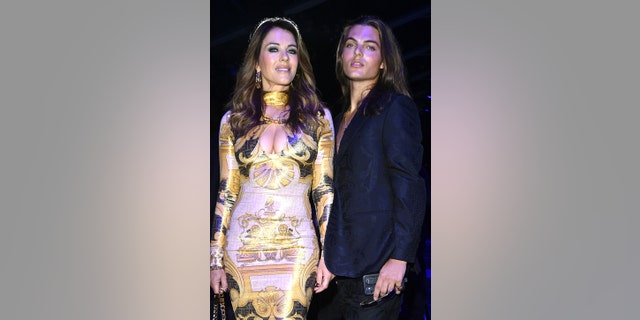 Damian Charles Hurley and Elizabeth Hurley are seen on the front row of the Versace special event during the Milan Fashion Week – Spring / Summer 2022 on September 26, 2021 in Milan, Italy.
(Photo by Daniele Venturelli/Daniele Venturelli / Getty Images)

Hurley is no stranger to making a statement with Versace. In 1994, she famously wore a gravity-defying little black dress by the couture label that was held up by oversized gold safety pins. The look was for the London premiere of “Four Weddings and a Funeral” which starred then-boyfriend, Hugh Grant. 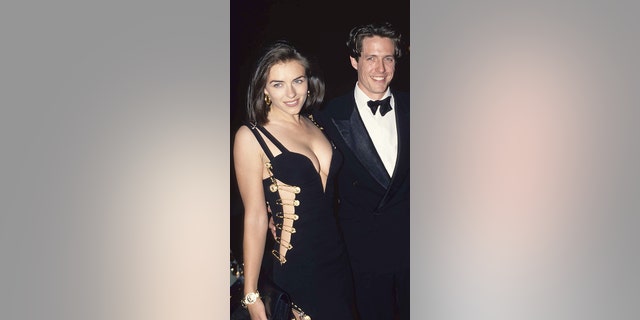 “I was so unprepared for what happened that night,” Hurley recalled to Harper’s Bazaar in 2019. “I urgently needed to find a dress to wear for Hugh’s premiere, and in those days I had no idea about fashion. I remember going to an office where they literally fished a dress out of a white plastic bag. I did my own hair and makeup, fighting Hugh for the mirror, which wasn’t even full-length, in our tiny one-bedroom flat. It was all very unglamorous compared to how things get done these days.” 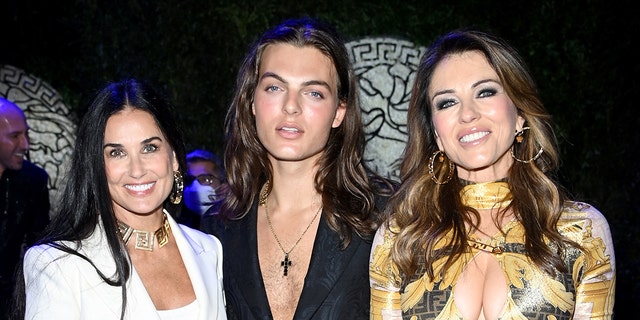 “I decided to venture into beachwear not only because I’ve always been obsessed with vacation clothes, but also because it’s an area where women, regardless of shape or size, can either look amazing or really get it wrong. I wanted to develop resort collections, which make women feel fabulous at any age,” she announced on the company’s site.

In May 2017, the star told Closer Weekly that being a mom inspired her to launch the brand. She previously took a break from Hollywood to focus on motherhood but found herself wanting to do something new professionally.

“Looking after my son became my number one task, and it was a joy to have someone else on whom to focus,” Hurley told the magazine. “I was 36 and had been worrying about myself for quite long enough. I stopped doing movies and TV for the first eight years of his life, and I don’t regret it for a moment. I always put him first.” 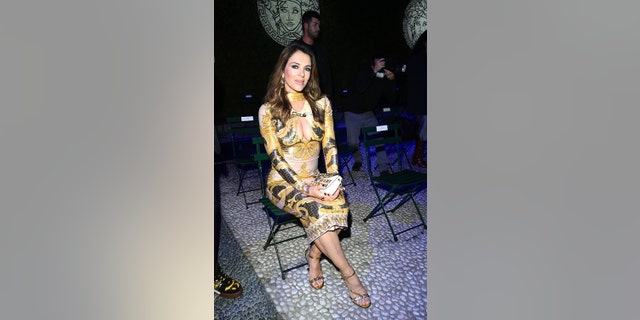 When it came to launching her swimwear collection, Hurley added, “It allowed me to be more flexible with my time and work when Damian was at school.”

Still, Hurley insisted she was eager to take on new challenges as her son grew older.

“I love my life,” she said. “I love change and I love new experiences.”