Fans are used to the rapid turnover of fashions in Emily In Paris. But it seems the characters’ bodies can do a quick-change too.

That is because leading lady Lily Collins and some of her co-stars in the Netflix series have stand-ins, used in many scenes.

Miss Collins’s body double is French model Zoe Bouchoule, 28, whose social media posts include pictures of the pair together in identical costumes. In one photo the pair have matching hairstyles and custom check swimwear skirt sets from Leslie Amon.

Miss Bouchoule’s Instagram page also has videos of her doing burlesque routines. One image shows her in a gold snakeskin leotard and fishnet tights. 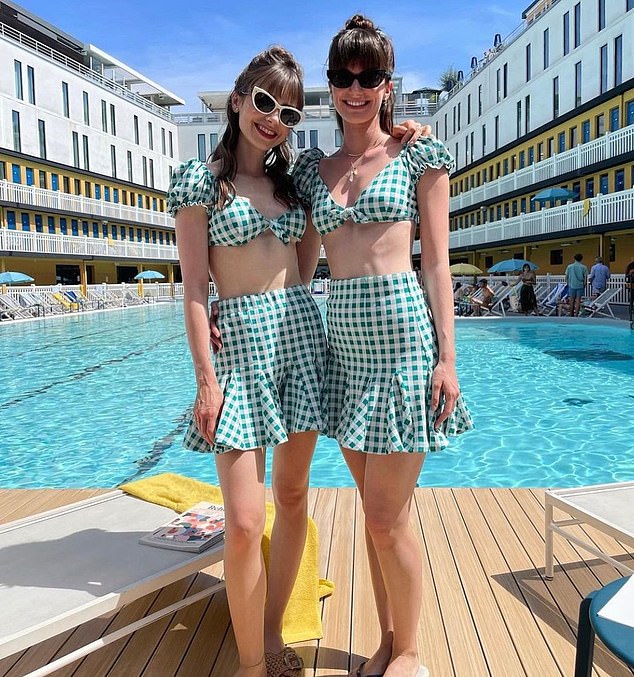 Miss Collins’s body double is French model Zoe Bouchoule, 28, whose social media posts include pictures of the pair together in identical costumes

She says she is ‘blessed’ to work with Miss Collins, 33. Other Emily stars with stand-ins include Lucas Bravo, who plays Gabriel. His body double is Guillaume Gronnier.

And it appears Miss Bouchoule’s friendship with Ms Collinss is more than just on-set, with the actress commenting and liking her French pal’s photos, leaving heart emojis and compliments such as ‘stunning’ under the posts.

The pair were also spotted together at the ‘saison trois’ premiere in Paris earlier this month, with Ms Bouchoule wearing a halter-neck maxi dress in a delicate blush pink.

‘I feel blessed to have had the chance to work with this one, Lily Collins, and the wonderful crew of Emily In Paris during [the past] three months,’ the dancer wrote of season one.

‘It was hard, it was long but such an amazing experience. Thank you so much guys. Merci Merci Merci.’

Singer and actor David Dax, who played the double for Lucien Laviscount’s Alfie, also shared photos of his time on season three of Emily In Paris, including selfies with Laviscount and Ms Bouchoule.

The post by the French performer, who was previously a stuntman at Disneyland Paris and recently performed a Michael Jackson tribute act in the Black Legends musical, included a shot of the pair beaming during a hot air balloon ride.

In an Instagram story, he revealed that the wide shots of Emily and Alfie in the Ami-branded hot air balloon actually showed their doubles, who took the trip for them.

French actor William Abadie, 45, who plays Sylvie’s (Philippine Leroy-Beaulieu) married lover Antoine, previously revealed on his Instagram page that Ms Bouchoule was ‘Emily when Emily is not there’.

‘Wondering who Emily is when Emily is not there?

‘None other than the dedicated, patient, and oh so talented Zoe Bouchoule!’ 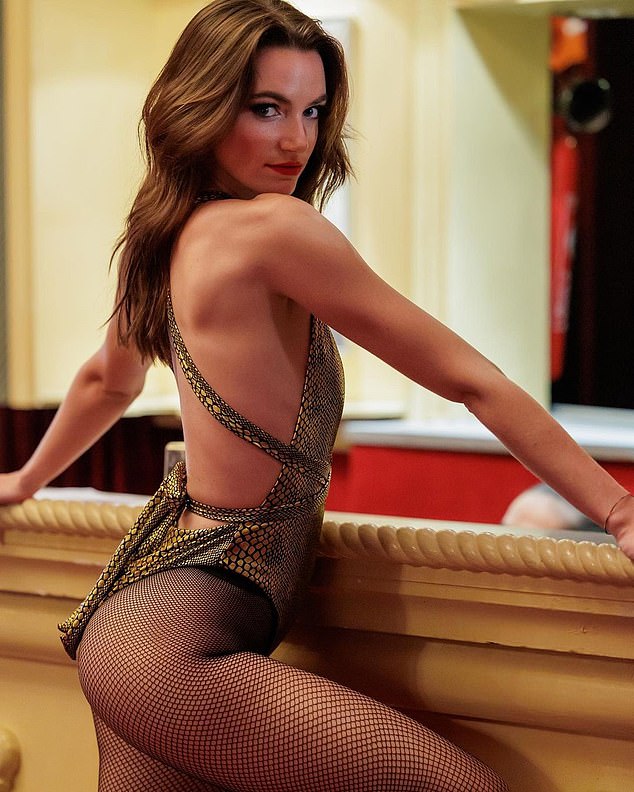 Miss Bouchoule’s Instagram page also has videos of her doing burlesque routines. One image shows her in a gold snakeskin leotard and fishnet tights