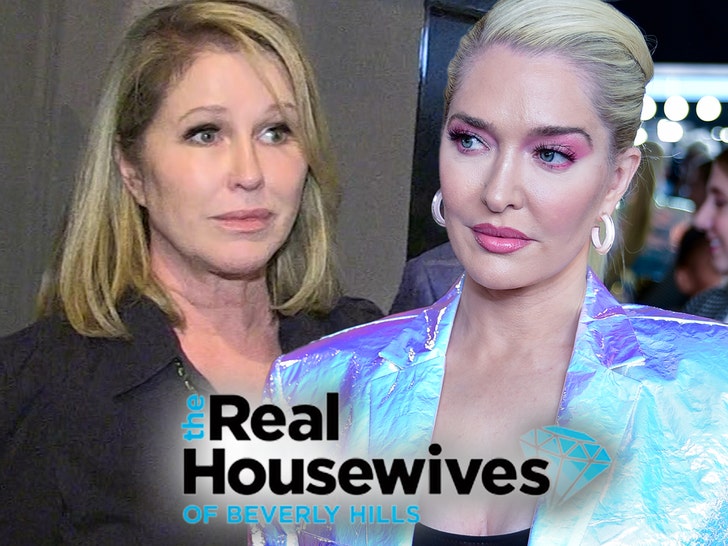 Erika Jayne is making a big accusation against Kathy Hilton in the ‘RHOBH’ reunion finale … claiming she heard Kathy utter a homophobic slur, but Kathy flat out denies it happened.

Sources with direct knowledge tell TMZ … during the reunion finale Erika accuses Kathy of making a homophobic comment back when the cast went to Aspen. We’re told Erika claims Kathy used the slur against someone the cast was around earlier this season, but production cameras were NOT rolling when the alleged incident happened.

Our sources say production investigated Erika’s claim following the Aspen trip, but found it’s basically a case of she said, she said — Erika’s word against Kathy’s.

That being said, we’re told Erika’s allegation was not edited out of the reunion finale — which airs Wednesday — and in the episode, Kathy is adamant she never used the epithet and says Erika’s a liar.

Kathy has others backing her up … our sources say after Kathy’s strong denial, several other ‘RHOBH’ stars spoke up in her defense. Interestingly, we’re told Kathy’s sister, Kyle Richards, is sitting quietly next to Kathy during the back and forth with Erika … more evidence of their fractured relationship.

TMZ broke the story … the sisters are barely on speaking terms after filming the reunion shows, and Kathy insists she won’t return next season if Erika and Lisa Rinna do.

Did Kelly Clarkson Trade Out Her Wedding Ring For New Bling?