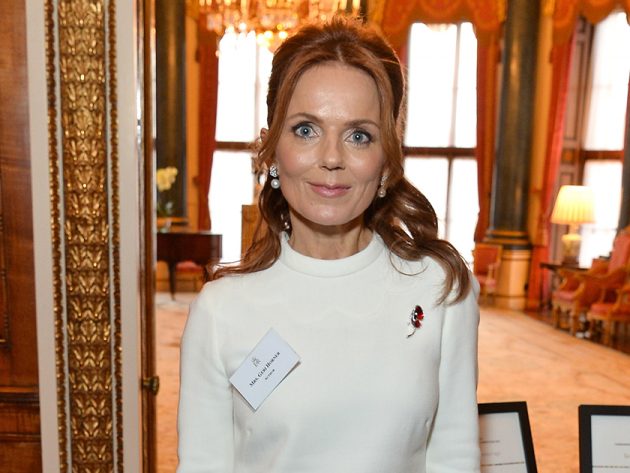 The former Spice Girls fan, who now goes by Geri Horner since marrying racing car driver Christian Horner, has convinced fans that she is expecting a baby.

Geri tied the knot with Team Principal of Red Bull Racing Formula One Team Christian back in 2015 and the pair welcomed two-year-old son Montague back in 2017.

And fans are now convinced that the pair have got a third bun in the oven.

Taking to her Instagram page, the singer shared a sweet photo with her one million followers of her toddler son Montague, who goes by the nickname Monty.

Standing in the family’s kitchen with a sign on the wall that reads ‘Love is all you need,’ Monty is holding a bunch of light blue balloons that are floating up in the air.

The tot is beaming up at the helium-filled balloons, looking excitable as he plays with them.

The mum-of-two, who is also mum to 13-year-old Bluebell and stepmum to Christian’s older daughter Olivia, captioned the post, ‘Sending you 💕’.

The post quickly raked up dozens of comments and thousands of likes.

And while many fans commented with sweet messages expressing how adorable they thought the little one was, some fans thought the singer might be trying to communicate something else.

Some fans took to the comments section to question whether the star is expecting her third child.

The musician, who rose to fame as Ginger Spice in the 90s band Spice Girls, previously spoke about wanting to have more children.

Speaking to HELLO! back in 2017, the star said, “There’s room for another one, for sure, and if that happened that would be great. But either way is okay. We’ve got our hands pretty full and we’re very grateful for what we have.

“It is so lovely to have this little person who is half each of us.

“He’s a pretty chilled baby for the most part, which he gets more from Christian, but then we’ll encounter a bit of protest and I think, ‘Ah, there’s the Halliwell!’”.

Lauryn Shannon Welcomes Baby #2: Will Mama June Ever Meet Him?

Carrie Underwood reflects on singing with son, 5, on Christmas album: 'Such a gift'