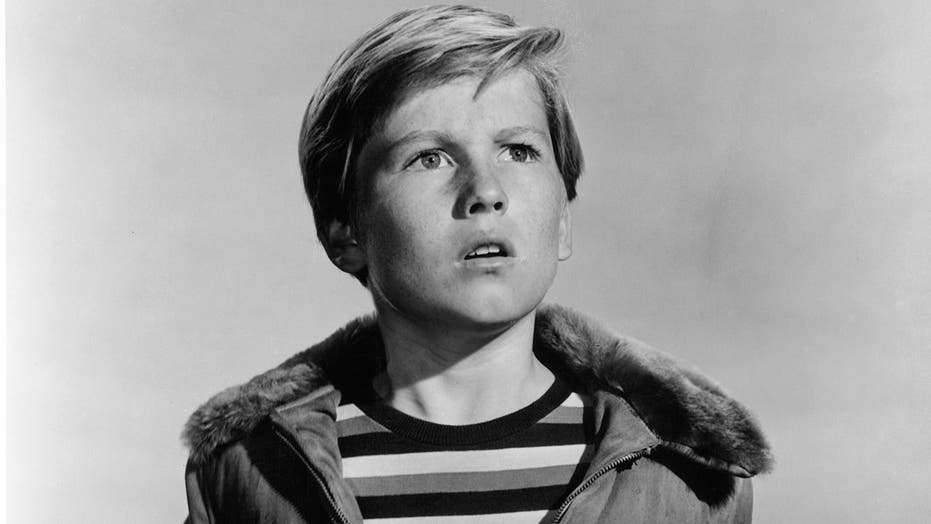 EXCLUSIVE: Billy Gray’s career was derailed in 1962 when he was arrested for possession of marijuana — but the pot bust turned out to be a blessing in disguise.

The actor, who famously starred in the ‘50s sitcom “Father Knows Best,” went on to pursue a decadeslong career as a Class A Speedway motorcycle racer. After living a life of action from 1970 until 1995, the now 83-year-old is taking on a new passion: inventions.

Recently, the former child star was honored by the IBEX Innovation Awards, the largest technical trade event in North America for marine industry professionals, all thanks to his Hose KIip, a water hose lock for deck fills. In addition, he and his business partner have developed several products that revolve around music.

Gray spoke to Fox News about what it was really like filming “Father Knows Best,” overcoming his major scandal and whether he has any regrets.

Fox News: How were you discovered as a child actor?
Billy Gray: My mother, Beatrice Gray, was an actress and a really good one, too. My older brother was in a play, and I was about 5 or so. I was running around, up and down the aisles. One lady approached me and said, “Take me to your mother.” It turned out that lady was my mother’s agent. She told her, “I can put this kid to work.” And my mom said, “Fine, go for it.”

And that’s how it started. I got bit parts right off the bat. It was kind of weird. I seemed to get every interview I went on. The parts just kept coming. But remember, I was a kid. I hardly got any lines at first. But eventually, it got to a point where the roles kept coming and the lines got longer. 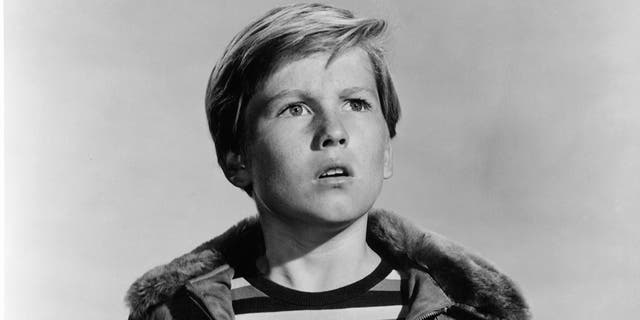 Fear strikes into the heart of 13-year-old Billy Gray in a scene from the film ‘Talk About A Stranger’, 1952.
(Photo by Columbia Pictures/Getty Images)

Fox News: How did you get the role of James “Bud” Anderson Jr. in “Father Knows Best”?
Gray: It was just another interview. Up to that point, I had never done any television before. It was all movies. But they called me in for a test and I did it. It was originally a radio show that Robert Young starred in. And so he and his partner then decided to take it to television. I remembered they auditioned a lot of kids for my role.

Fox News: What was it like being on the set of “Father Knows Best”?
Gray: Oh, the best. I had a really wonderful relationship with the cast and it gave me an opportunity to do a lot of physical comedy. I enjoyed doing that stuff. [Director] Peter Tewksbury was very hands-on in making sure everything was right. If something wasn’t right, he would take the time to stop so we can do it again or try something different.

It was really different for me because many directors just let things happen so they can get their shot and move on to the next project. But he always wanted to do things right. Sometimes we should shoot certain scenes over and over until it just felt right. I think that’s why the show holds up so well. 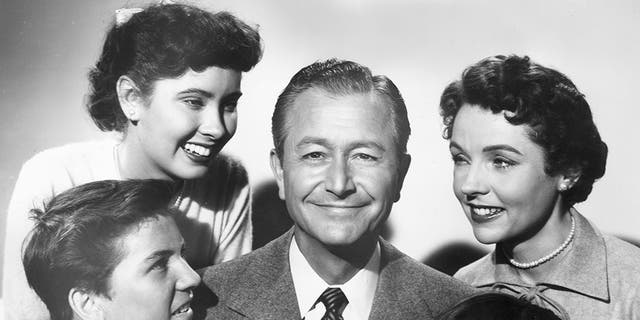 Fox News: What caused the series to end?
Gray: There was a writers’ strike and we were off for months on end. Robert Young and his partner, Eugene B. Rodney, then decided it was time to cash in. They spent more money making the show than they did showing it. So the only way they could make some money was to put it into syndication.

We were shooting five, six days a week. People usually stopped working on Saturdays, but we were sometimes shooting the whole week straight for up to 12 hours a day to spare no expense except on salaries. They made sure the show was done to the best of everybody’s ability. By that point, they decided it was time to start making money.

Fox News: Did you stay in touch with any of your castmates?
Gray: Oh yeah. We all lived far away from each other, but we always found ways to keep in touch over the years. I was actually very good friends with Jane Wyatt. She would invite me over for tea. She was also a member of the Academy so they would frequently send her invitations to the movies being considered. She would invite me to be on her arm and I enjoyed it. She was very interested in plays so we would go see plays together. She was a great friend. 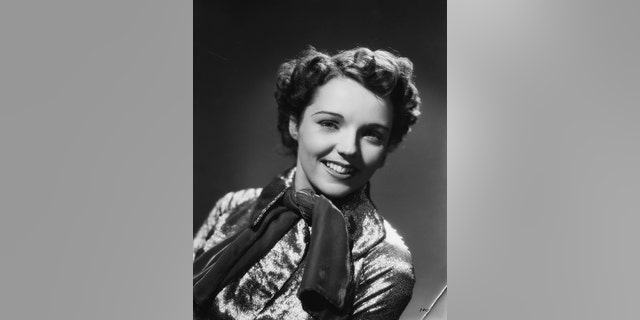 Actress Jane Wyatt passed away in 2006 at age 96.
(Photo by John Springer Collection/CORBIS/Corbis via Getty Images)

I remember one time we went head-to-head because she was Catholic and I told her I was a devout atheist. So we went back and forth on that. She kept insisting that I was really agnostic. And that’s how we settled things. We agreed to disagree. But she really was my dear friend. I was a pallbearer at her funeral. She was a wonderful lady and I loved her.

Fox News: You starred in “The Day the Earth Stood Still.” What’s the biggest lesson you learned from director Robert Wise?
Gray: He allowed me to hone in my craft while on set and I think that’s very important for every actor. He never gave me restrictions. He was very accommodating to let me do what I needed to do. He was actually one of the sweetest people I’ve ever met in the business.

Fox News: You’ve also worked with numerous film icons. What was Humphrey Bogart like?
Gray: He was remarkable. I only had one scene with him but he took his work very seriously, even if it was a simple, short scene. He would always look at you in the eye and he was very unpretentious as a star. When I look at that film today, “In a Lonely Place” [1950], I still can’t believe that was me sharing the screen with Bogart of all people. 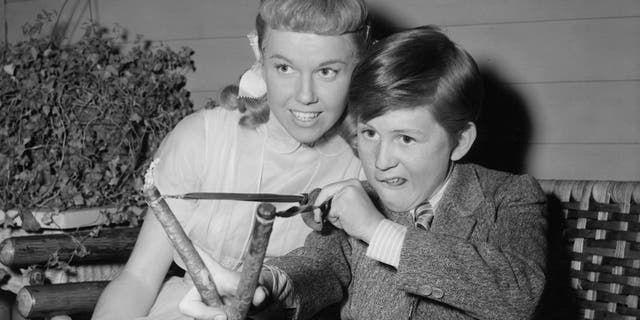 Fox News: What about Doris Day?
Gray: Absolutely lovely. Everything you imagined what Doris would be like. She was incredibly charming, outgoing and just sweet to everyone on set. She was truly wonderful.

Fox News: What about Bob Hope?
Gray: Incredibly underrated as an actor. He was such a good comic that it was kind of easy to overlook his acting abilities. But I had a great time working with him, too.

Fox News: You were originally supposed to appear in “Rebel Without a Cause.” What happened?
Gray: Nick Ray was the director of “In a Lonely Place,” so he was already familiar with my acting. He was the one who actually got me an interview for “Rebel Without a Cause” because he was directing. In fact, he said, “You’re my guy. You’re going to be Plato.” I did a test with Natalie Wood and everything went swimmingly. I was set to appear in the film. I headed to wardrobe and everything. But then for some reason or another, they had to postpone their shooting schedule for a couple of weeks. 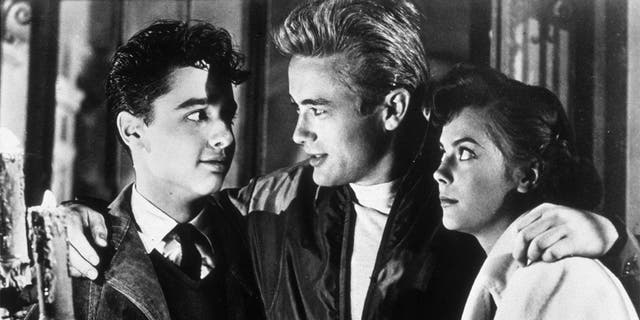 That interfered with the hiatus I was on with “Father Knows Best.” So when it came time to film, my agent said, “You’ve got to stick with ‘Father Knows Best.’” He tried to see if there was any way they could shoot around me for a couple of weeks, but they didn’t think it was doable. So I didn’t get to do the movie. But apparently, it’s just as well because all those main stars of the film had early demises in one way or another. You never want to second guess fate.

Fox News: Tell us about your bust in 1962.
Gray: I was parking and a cop came to the window. He smelled an odor of marijuana and asked me to get out. He found a little bag of seeds and stems under the seat of my car. I got arrested for possession and pleaded nolo contendere, which is basically you’re guilty without officially admitting your guilty somehow. I was sentenced to a prison term of between one and 10 years. I did 45 days.

Ironically, one of my jobs [at a prison farm] was handing out the athletic equipment that was donated by Robert Mitchum. After he served time there for possessing marijuana, he donated all of his equipment. In his case, the bust didn’t bother his career because he was already Robert Mitchum. In my case, it ended my acting career. 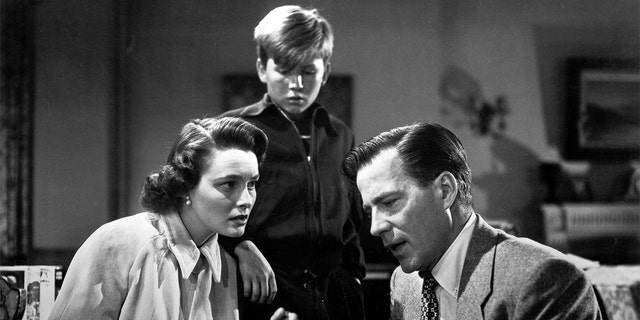 Fox News: How so?
Gray: You can’t imagine how shocking it was for the time. It was embarrassing for everybody except me. I didn’t think it was such a big deal. But the press saw me as this all-American boy turned dope fiend. I think that was an actual headline one of the tabloids used. When I got out, I thought I could go back to work, but my agent said, “We can’t handle you anymore.”

I got a few acting jobs after that, but nothing interesting. It was basically the end. But again, I didn’t question fate. I got into Speedway racing and it became a passion of mine that I enjoyed for 23 years. I loved every minute of it. And I wouldn’t trade it for a second, for all the movies in the world.

Fox News: Looking back, how did you cope with the media scrutiny?
Gray: You know, it honestly didn’t bother me. I’ve been getting high since I was 15, before “Father Knows Best.” And I was getting loaded all the way through that. It didn’t feel like a big deal. I didn’t feel like I was doing anything wrong. I wasn’t embarrassed or ashamed of it or anything. But being known as the all-American boy dope fiend certainly hurt my career. And I guess I could understand why it did at the time. But it also opened up a whole other chapter in my life. And I don’t think that would have happened if I didn’t go through that first. 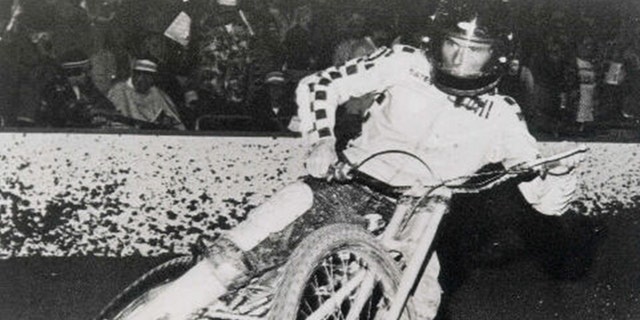 Billy Gray was a competitive Class A Speedway motorcycle racer from 1970 to 1995.
(Photo courtesy of Billy Gray)

Fox News: When did you realize that you wanted to be an inventor?
Gray: I’ve been taking things apart since I was 4 or 5 years old. I’ve always been curious about how things worked and how we can make them better. If something didn’t feel quite right, I would always try to fix it. It’s just been a way of life for me, right from the get-go. It feels natural for me. 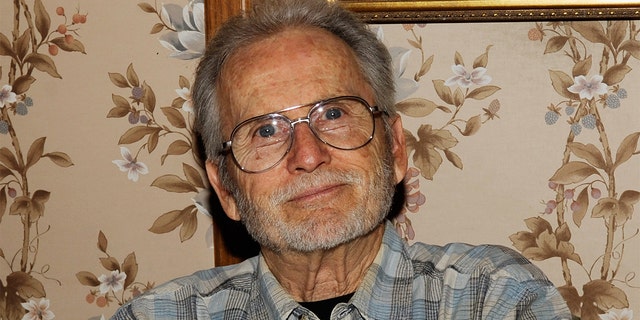 Billy Gray is enjoying his newest role – that of an inventor.
(Photo by Bobby Bank/WireImage/Getty Images)

Fox News: Is there anything about your Hollywood career that you wish you could have done differently?
Gray: I would have loved to work with Nick Ray again. That’s a regret without being terribly uncomfortable about it. But my life has been filled with so many twists and turns that I don’t have time for regrets. I’m enjoying my life. I would like for my tombstone to say “Toolmaker” to describe my way of life.

Coronation Street is back in business! Cast and crew RETURN to cobbles