Gary Lineker, 55, has spoken out after sparking backlash when he was pictured shopping without a face mask in a branch of Marks & Spencer, in Barnes, at the weekend. The Match of the Day host took to Twitter to address his mistake and explained he “forgot” to put a face covering on at the time.

He wrote in view of his seven million followers yesterday: “In my old age, I went into a store and forgot to put my mask on.

“Was wondering why people were giving me daggers.

“Realised after a couple of minutes and hastily put it on.”

Gary admitted he felt “embarrassed” by his error and apologised to fellow customers in the shop. 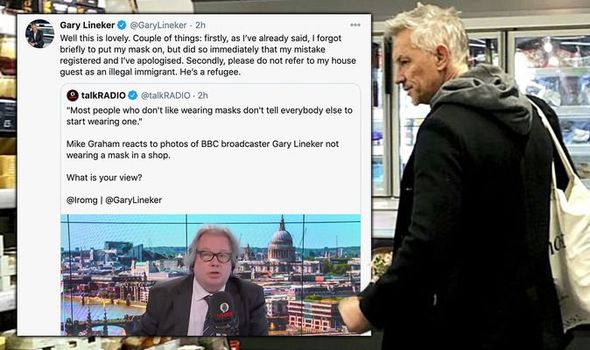 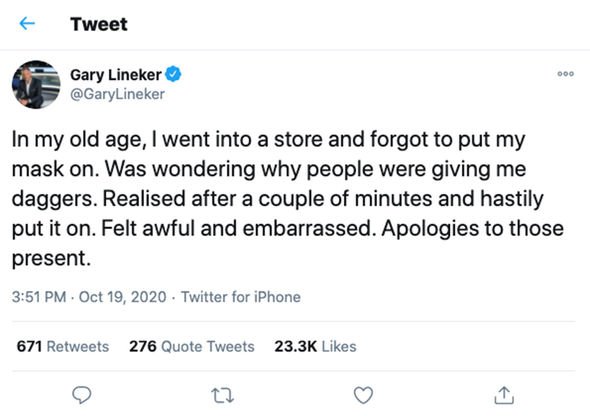 He added: “Felt awful and embarrassed. Apologies to those present.”

Wearing a face mask is currently mandatory in most indoor settings, including supermarkets, shops and public transport due to the coronavirus pandemic.

Members of the public who do not follow the rules could face a £200 fine if they don’t have a valid reason.

A shopper who spotted Gary in the store was less than impressed. 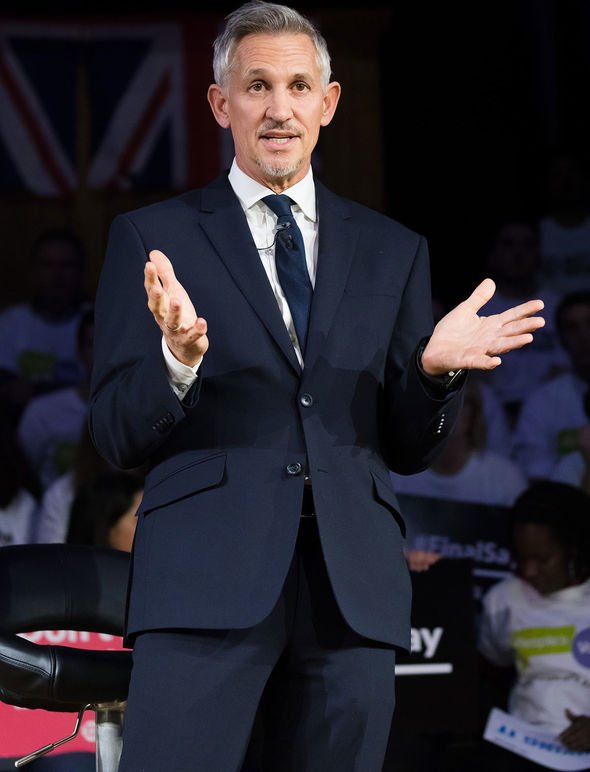 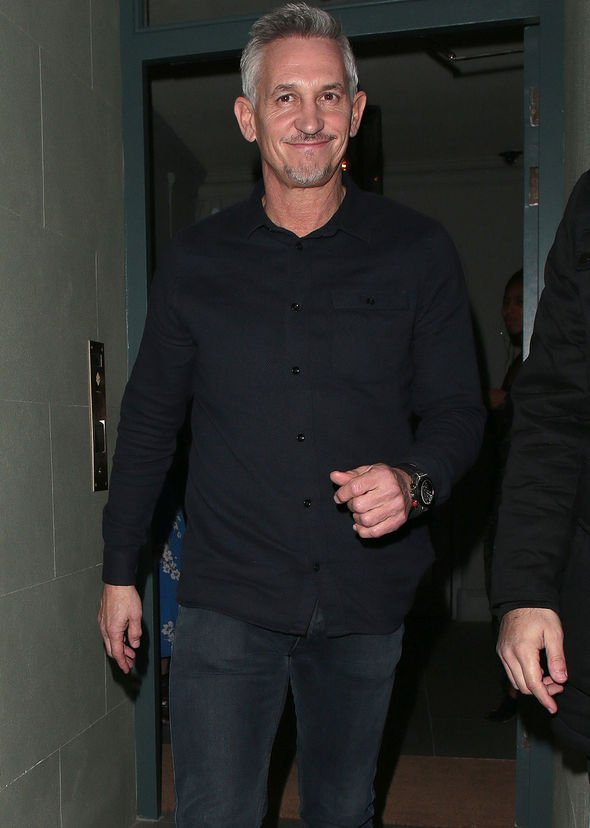 They told Express.co.uk: “It’s just hypocrisy on another level.

“He had even tweeted a photo of him wearing a mask recently in front of that same M&S store and told people to wear masks in supermarkets.”

“If it was anyone else I wouldn’t mind so much,” they added.

“But it’s frustrating for someone who tries to take the moral high ground as much as he does.”

DON’T MISS:
Rod Stewart forced to confront bandmates with groupies on tour [COMMENT]
Nadia Sawalha opens up on ‘struggles’ with husband ‘Personal to us’ [INTERVIEW]
Emilia Clarke ‘fought back’ against Game of Thrones bosses’ plans [OPINION]

It comes after Gary questioned why people would object to wearing masks in a post on social media.

He previously wrote: “Why would anyone object to wearing a mask in a shop? Not exactly a hardship.

“What a country of snowflakes we’ve become.”

In another post, he argued that there shouldn’t be a debate about wearing face coverings, as they protect people from the virus.

Gary tweeted: “How can there be any debate about whether we should be wearing a mask?

“Even if it’s only a one per cent chance of making you safer.

“Even if it is only a one per cent chance of stopping you giving it to someone else.

“Even if it only saves one life then it has to be beneficial.”