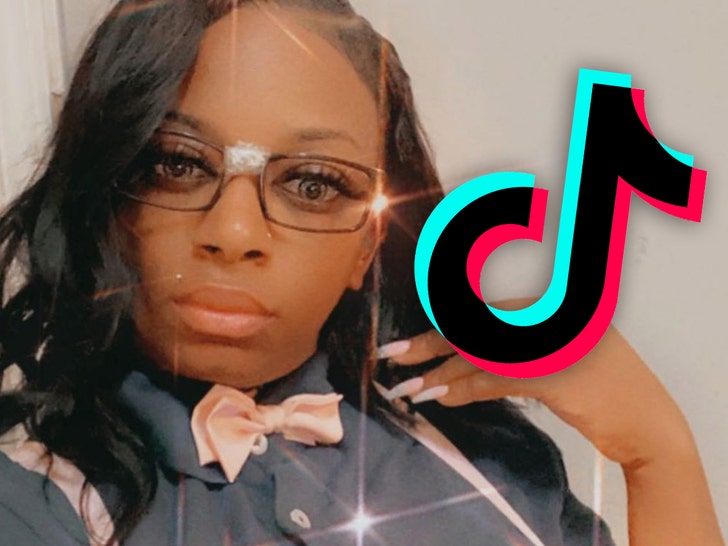 Tessica Brown — aka, ‘Gorilla Glue Girl’ — is having another moment on the internet — only this time, she isn’t the one who kicked it off … which is a huge problem for her and lawyers.

TB, through her attorney Jeffrey R. Klein, has fired off cease and desist letters to several different people/entities over a now-viral song called “Bad Idea” … which rips her voice from her infamous Gorilla Glue video and remixes it into a song, using her own voice/lines. 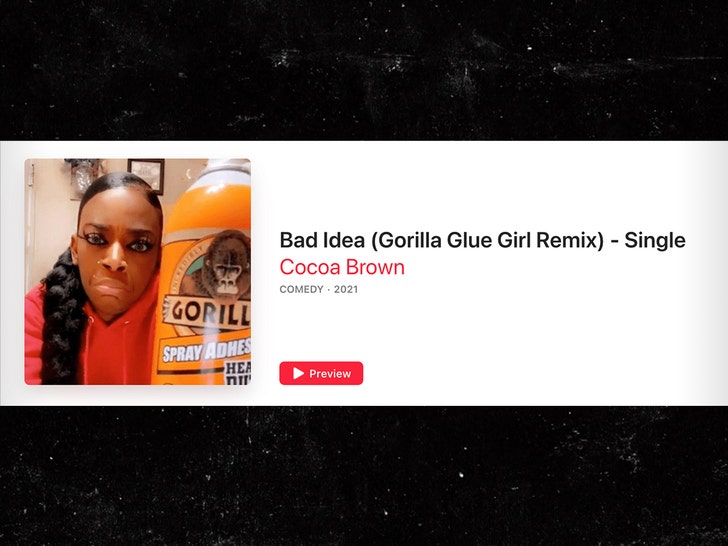 The “remix” was taken off social media — including on TikTok, IG Reels and even on streaming platforms like Apple Music and Spotify … which all seems to have been started by someone named Cocoa Brown, whom posted the track — helping it spread like wildfire.

Welp, Tessica and co. aren’t too amused by the stunt — even if everyone seems to love it — because, frankly, she had no part in making the track … nor is she getting any dough from it.

That’s why she sent Cocoa — and every other platform that’s using the song — to STOP immediately, and to take down the content … as Tessica claims it’s good old-fashioned copyright infringement — both by using her image and likeness, as well as her vocals.

The letter to Cocoa, obtained by TMZ, is worded firmly. It reads, in part, “To the extent it becomes necessary, Tessica intends to seek the recovery of all penalties, statutory damages and punitive damages for such knowing infringement as applicable.” So, yeah … she ain’t playing.

Now, we will say this … the tune IS catchy, which is exactly why folks like Aniya Wayans — Damon Wayans Jr.’s daughter — and even Cardi B’s daughter, Kulture, have posted it or recited it online … not to mention countless other accounts who’ve made their own “Bad Idea” videos.

People might think it’s all in good fun — but, in reality, if Tessica’s not in on it herself … you can see why she’d be pissed. Time will tell if others wanna heed her legal demands.