Halle Berry shared a brand new PDA-filled Instagram photo that featured her boyfriend Van Hunt and her stunning figure as she wore a white top and bikini bottoms.

Halle Berry, 54, is not worried about what people may think about her and her boyfriend Van Hunt‘s romance and she proved it with her latest photo! The actress shared an eye-catching snapshot that showed her and the hunky musician sharing a tender moment as they locked lips while standing outside. She was wearing a white T-shirt that was tied up in the front and floral patterned bikini bottoms in the pic as Van, 51, wore a light gray hoodie and green pants.

The beauty also wore red heart-framed sunglasses as she held her beau’s face close during the steamy kiss. He had his hood over his head with one hand in his pocket and the other wrapped around Halle’s waist as he seemed to enjoy the smooch. “we do this thing called whatever the f*ck we want ! 💋,” Halle cheekily captioned the pic, which she posted on May 15.

Once the photo was up, her fans immediately started responding with comments. “I’m obsessed with you both and I don’t even know you,” one wrote while another said their love “gives me hope.” A third exclaimed, “That’s what I’m talking about!” and a fourth called them ” a gorgeous couple.” 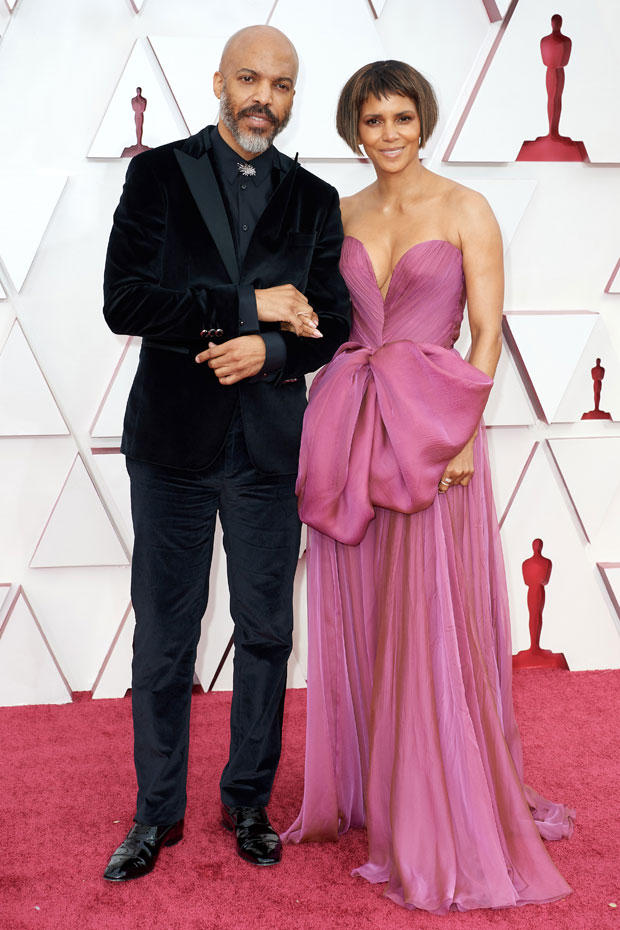 Before Halle showed off her latest photo with Van, she got attention for bringing him to the 2021 Academy Awards, where they made their red carpet debut as a couple. He wore a dashing black suit while she rocked a long pink sleeveless gown and a bowl hairstyle wig. Although many folks initially thought the Monster’s Ball star cut her hair, she was back to the long wavy locks she’s been known to have for a long time just days later in a social media photo.

Halle’s luscious locks have also been seen in numerous past photos with Van. The lovebirds first sparked dating rumors in the summer of 2020 when she posed a photo of just their feet intertwined and didn’t reveal who it was. By Sept. of the same year, they confirmed their relationship when Halle shared a photo of herself wearing a T-shirt that had Van’s name on it. “Now ya know,” she captioned the post along with a heart and foot emoji.

Cardi B Gets Husband Offset’s Name Tattooed on the Back of Her Leg!

Dominic West and Lily James 'were kissing on flight to Rome'