Wake up the members of “iCarly” nation! Paramount Plus released a trailer for the upcoming revival, premiering on June 17.

Picking up 10 years after the classic Nickelodeon show ended, the new “iCarly” follows original influencer Carly Shay and her friends navigating work, love and family. In the trailer, the characters go on dates, joke around in the revamped loft and restart their popular web series, this time shot on a PearPhone.

In May, the cast of “iCarly” announced the premiere date in a video, singing happy birthday to Cosgrove, who cut into a cake revealing a note that reads, “iCarly Premieres June 17th on Paramount Plus.” 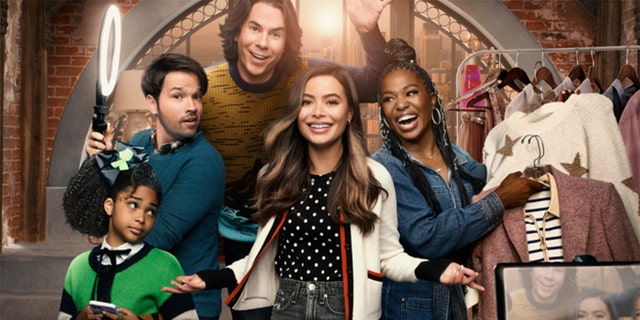 Original “iCarly” star Jennette McCurdy, who originally played Carly’s rambunctious best friend Sam Puckett, will not return for the revival series after recently announcing she had quit acting. Based on his absence in the trailer, it is also unlikely that Noah Munck, who played the eccentric Gibby Gibson, will appear in the new show.

The new “iCarly” is produced by Nickelodeon Studios and Awesomeness and executive produced by Jay Kogen and Ali Schouten, who also wrote the pilot. Cosgrove also serves as executive producer, with Trainor and Alissa Vradenburg serving as producers. The pilot was directed by executive producer Phill Lewis, who famously portrayed Mr. Moseby on Disney Channel’s “The Suite Life of Zack & Cody.”

The first three episodes of the 13-episode first season will premiere on June 17, with subsequent episodes dropping weekly on the streaming platform. Watch the trailer below.