Home » Celebrities » In Cooperstown, a Hall of Famer Is Remembered by His Wife

COOPERSTOWN, N.Y. — The ideas have surrounded Brandy Halladay — while waiting in line in the car, while taking a shower, in so many mundane moments across six months since her husband, Roy, received baseball’s highest honor. The task was essential but with no recent precedent: how to put into words the Hall of Fame career of a young man who was not here to do it himself.

Roy Halladay was 40 years old when the plane he was piloting plunged into the Gulf of Mexico near his home in Odessa, Fla., on Nov. 7, 2017. The baseball writers elected him to the Hall of Fame a year later, on the first ballot, recognizing his dominant pitching for the Toronto Blue Jays and the Philadelphia Phillies.

Mariano Rivera also made it on his first try, collecting every vote. The writers elected Edgar Martinez and Mike Mussina, too, and the veterans committee honored Harold Baines and Lee Smith. Bernie Williams, the former Yankees center fielder, performed the national anthem, “Take Me Out to the Ball Game” and a bit of “Enter Sandman” — Rivera’s anthem as the Yankees’ closer — on jazz guitar for an estimated crowd of 55,000. 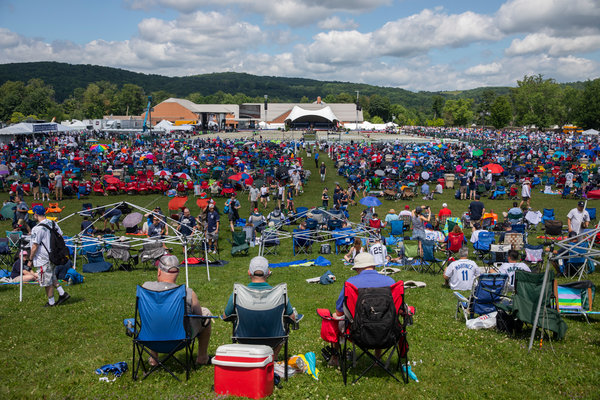 But the most extraordinary task of the day belonged to Brandy Halladay. She said she could not watch the tribute video played for the crowd, and she gamely asked if someone could send her a copy. She wiped her eyes and her voice wavered. “This is not my speech to give,” she said, but she spoke for nearly seven minutes.

“My mom, she’s a rock,” said their son Braden Halladay, an aspiring pitcher who will be a freshman at Penn State this fall. “She gets through everything, so I didn’t even have to think twice about if she’d be nervous or anything like that. She’s always been well-prepared.”

She thanked Hall of Fame officials and the hallowed players arrayed behind her. The Phillies and the Blue Jays hosted a party for Halladay family members on Saturday night, after they had mingled with others throughout baseball at a reception in the plaque gallery.

“I say it a lot, but it takes a village, and we truly have a great one,” she said in her speech, explaining that both organizations meant so much to the family that it decided not to have a logo on Halladay’s cap. “They came together as one to celebrate Roy, and that means the world to me.”

The last player elected posthumously by the writers was Roberto Clemente, the Pittsburgh outfielder who died in 1972, also in a plane crash, when he was 38. Clemente died on a humanitarian mission, attempting to delivering relief supplies from Puerto Rico to earthquake-ravaged Nicaragua.

The circumstances of Halladay’s death are less defined, and an article in the current issue of Sports Illustrated raises troubling issues. The article, with cooperation from Halladay’s father and a sister, discloses his apparent struggle with depression and addiction to painkillers, and recounts his erratic flight pattern the day he died.

Brandy Halladay did not cooperate with that article and, understandably, did not raise those issues Sunday. She was not asked about them, either. But after speaking of the joy her husband took from coaching their sons in baseball, she ended her speech this way:

“I think that Roy would want everyone to know that people are not perfect,” she said. “We are all imperfect and flawed in one way or another. We all struggle. But with hard work, humility and dedication, imperfect people can still have perfect moments. Roy was blessed with his life and in his career to have some perfect moments, but I believe that they were only possible because of the man he strived to be, the teammate that he was and the people he was so blessed to be on the field with.”

There was another thought or two, notes of gratitude and thanks, but that is essentially how she chose to conclude. Later, on a podium with Braden and Martinez, she was asked what she meant by it.

“I’ve said this as long as I can remember: Roy was a very normal person with a very exceptionally amazing job,” she said. “So these men who were up here that are doing these outstanding things, they’re still real people, they still have feelings, they still have families, they still struggle.

“And so many of the guys that I’ve known in my life through baseball, they work so hard to hide that. I know Roy did, and Roy struggled — a lot. Sometimes it’s hard to present the image that you know everybody wants to see. It’s also hard to be judged by the image people expect of you. It’s a perception and an idea, and I think it’s important that we don’t sensationalize or idealize what a baseball player is but really look at the man and the human that’s doing such an amazing thing. That’s all I wanted to say there — real people doing really great things.”

Her speech followed Mussina’s and preceded those of Baines, Martinez, Smith and Rivera — the closer again, naturally. Baines said he could not look at the crowd for fear of crying, and had to power through his tribute to his father, who died a few years ago. Rivera said he, like Brandy Halladay, was touched by the video tribute.

“All that stuff about that person who should have been there and now is not — it’s hard to understand,” Rivera said. “But it happened and all I was trying to do was just pray and support her with my prayers.”

Braden Halladay said he had enjoyed meeting the Hall of Famers here and learning more about his father as a player — the early-morning workouts, the dedication to greatness.

“Most of the stuff I saw was just personality stuff, like him just being stupid,” he said, to laughs. “When I get to be around players who talk to me about how early he would get up and things like that, it’s just a different side I get to see.”

His mother did her best to project the human side of her husband by acknowledging that simple notion that even the best have flaws. However Roy Halladay struggled, he did enough to earn this day. Recognition of that triumph will live here forever. 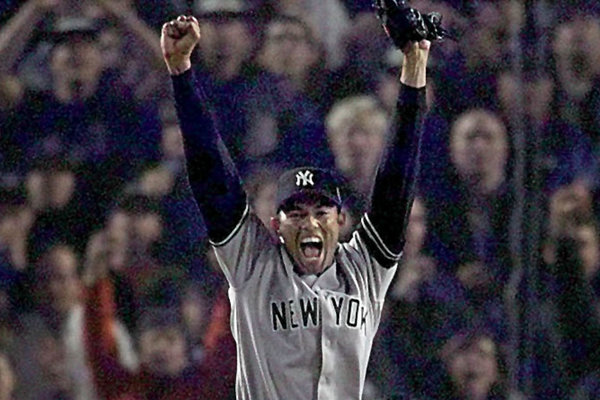 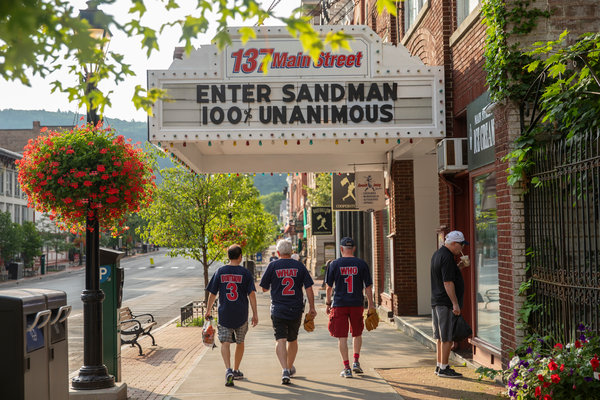 Tyler Kepner has been national baseball writer since 2010. He joined The Times in 2000 and covered the Mets for two seasons, then covered the Yankees from 2002 to 2009. @TylerKepner

My Mom Got REAL MAD At Me Because I Took Her To The Spa At Red Rock Casino! This Video Is Insane!!! | Perez Hilton