Jamie Lynn Spears is revealing some of the toxic vitriol in her direct messages.

The actress made headlines recently when her older sister Britney Spears unfollowed her on Instagram. While we don’t exactly know what’s gone on between the sisters over the years, it’s clear the pop star associates Jamie Lynn with the abuse she suffered under the conservatorship. But while Brit may have valid reasons for calling out her little sis, the horrific hate coming from unrelated onlookers is totally inappropriate. Especially messages like this one…

The 30-year-old shared a truly terrible DM on her Instagram Story, explaining:

“I’ve gotten beyond use to receiving the love and the hate from strangers, since before I ever even had a choice at the age of like 8, so growing up I had to learn to not acknowledge the hate, and rise above the evil and NEVER give the negativity the attention it so desperately wants, but this is one of ones I can’t just brush off.”

“You may not love me, and that’s fine, but THIS shouldn’t be tolerated under any circumstances, much less about innocent underage children.”

The message depicted in the screenshot called the Nickelodeon alum a “white trash bitch,” and even worse, wished sexual assault upon her young daughters. (Jamie Lynn has two girls, 16-year-old Maddie Aldridge and 3-year-old Ivey Watson). She replied to the terrible message: 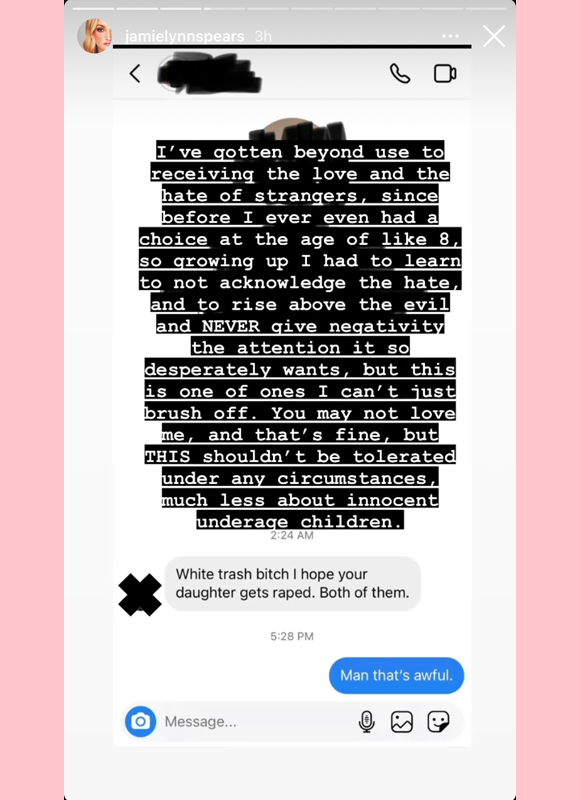 We have no idea if this disgusting troll is hating JL on Britney’s behalf, or if they’re just hating for the sake of it. Either way, reminder that no matter what criticism the momma may well deserve regarding her sister’s situation, threats and wishes of violence are NEVER okay. Especially directed at two kids who are entirely innocent in the matter.

The Sweet Magnolias star followed up with another post, writing:

“I know I am blessed beyond measure, and I have so much to be thankful for…. I can’t complain when there are more important things to focus on in today’s world, so let’s all do one kind thing for someone else today, and just maybe this negativity will bring along something positive to someone who needs it. Love y’all” 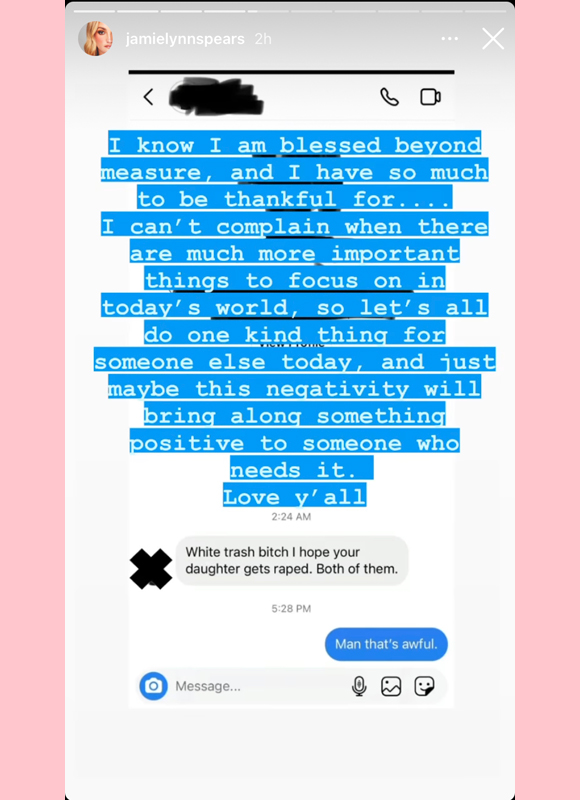 The country singer concluded by sharing several charities for her followers to contribute to, including Black Women’s Blueprint, Mutual Aid Louisiana, and Covenant House New Orleans.

We commend Jamie Lynn for turning such an ugly moment into an opportunity to help others. And we hope most people know how absolutely unacceptable those hateful comments are, no matter who they are directed to or why. Let’s leave vitriolic trolling behind in the new year, yeah? 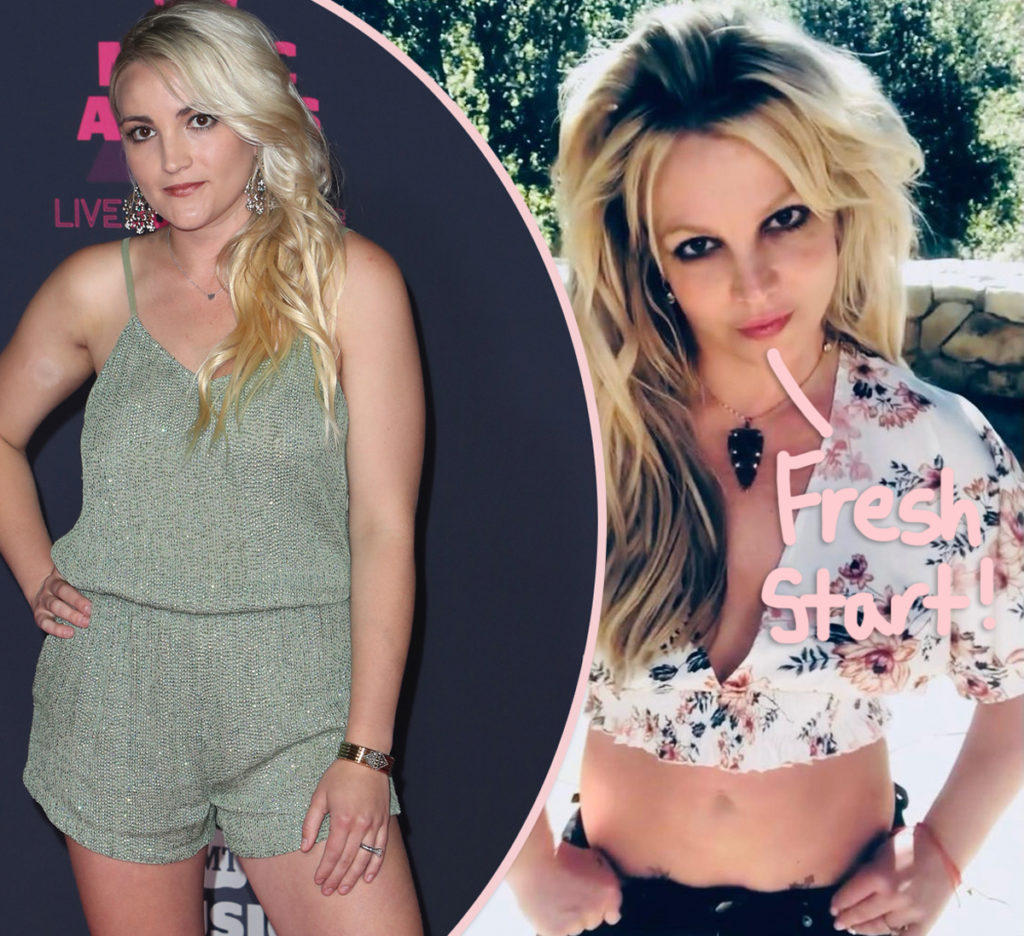 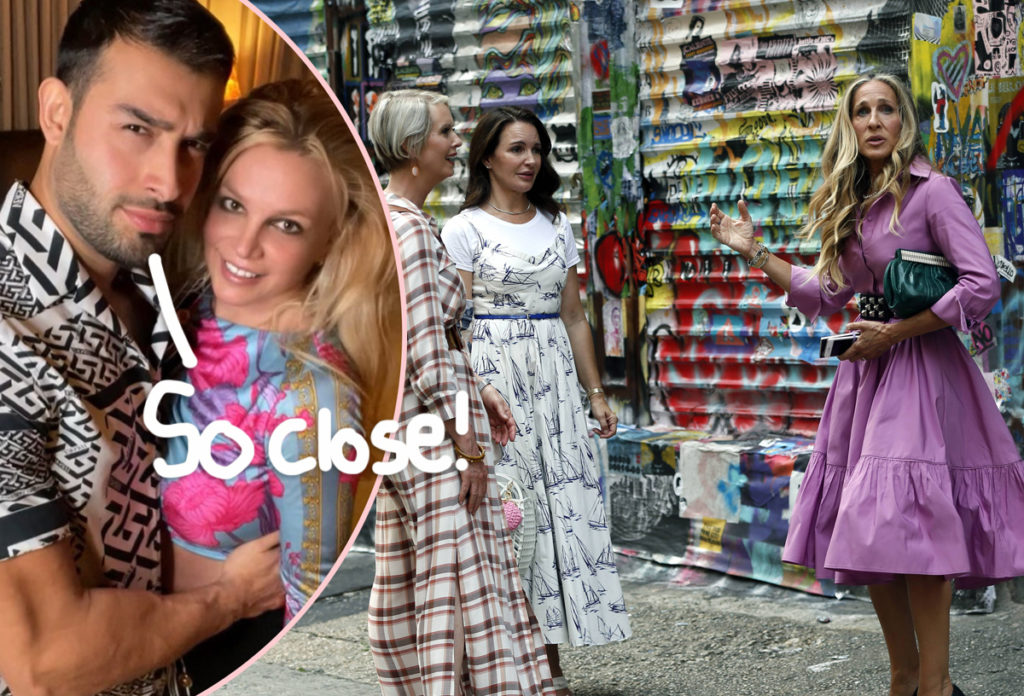 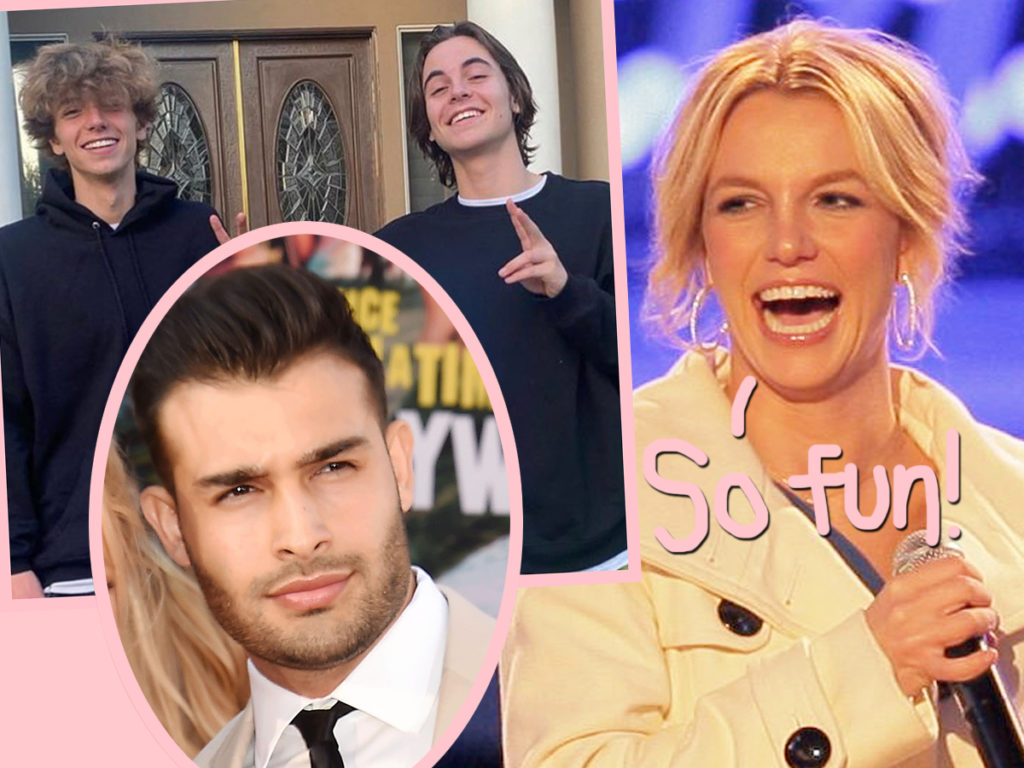 These Gorgeous Celebrities Deny Getting Plastic Surgery Despite Persistent Rumors