Jamie Oliver, 45, shared the ingredients to his speedy sausage pizza on his Channel 4 show Cooking Family Favourites this week. Speaking alongside his son Buddy, he said grapes combined with rosemary are a “match made in heaven”. He added: “Once you try it, the sweetness, the saltiness, the whole kind of thing is beautiful.” The controversial topping was bound to cause a stir on social media, following the ongoing controversy about pineapple being used on a pizza.

One Twitter user wrote: “Grapes on a pizza! As if pineapple wasn’t controversial enough @jamieoliver.”

“The most shocking thing I’ve heard tonight: Jamie Oliver put grapes on a pizza. With sausages. That’s enough. I’m out,” a second commented.

Jamie proudly shared a picture of his pizza on Instagram this week, in view of his 8.5 million followers. 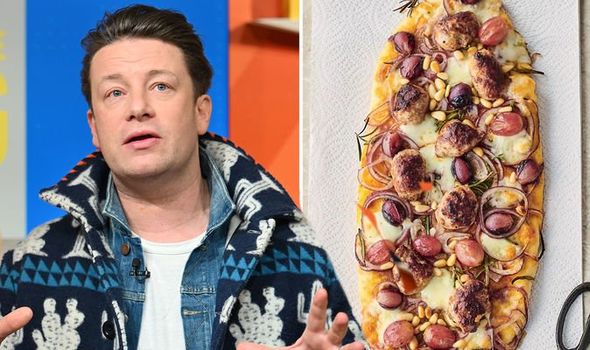 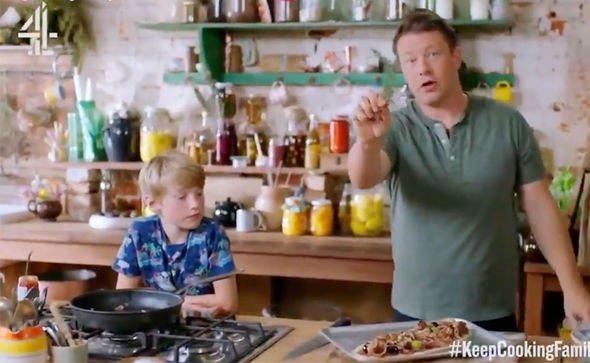 He wrote: “Grapes on pizza…. from last night’s #KeepCookingFamilyFavourites ep!

“Who’s tried it already and who’s up for giving it a go?? #pizzalovers.”

One user wrote: “Different but hey, pineapple has always been a winner so why not.” 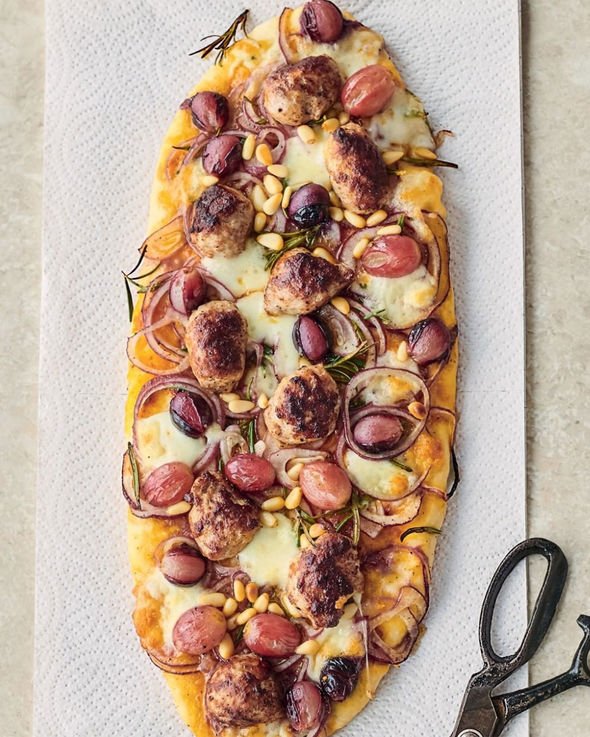 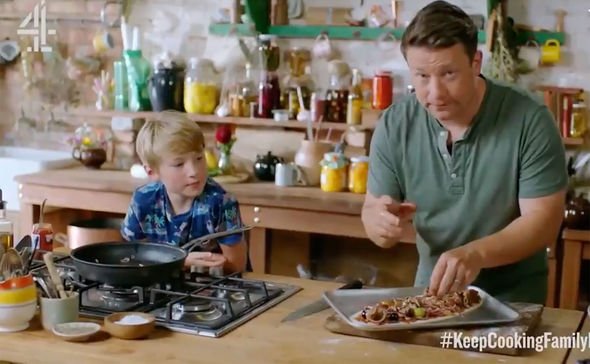 “Pineapple who?! Roasted grapes on pizza are a dream!” a second commented.

A third added: “Made this last night. It was amazing!”

It’s not the first time Jamie has caused a stir on social media with one of his recipes.

Back in September, many of his Instagram followers queried why he used a blowtorch on what appeared to be a lemon meringue pie.

One of his fans commented: “Better baked than blown!! Just saying!”

“Meringue is so much nicer if baked, not a fan of blow-torched stuff,” a second commented.

Another said: “Oh chuck it in the oven Jamie, you can’t beat a lemon meringue pie with a truly crispy top!”

In August, he also defended the name of his product punchy jerk rice after being accused of cultural appropriation.

He said in a statement: “I’ve worked with flavours and spices from all over the world my whole career, learning and drawing inspiration from different countries and cultures to give a fresh twist to the food we eat every day.

“When I named the rice my intention was only to show where my inspiration came from.”

The row centred over whether his rice is really jerk.

MP Dawn Butler told him the meal – which consisted of brown rice and red kidney beans with aubergine and bell peppers in a coconut “jerk-style” sauce – was “not okay”.