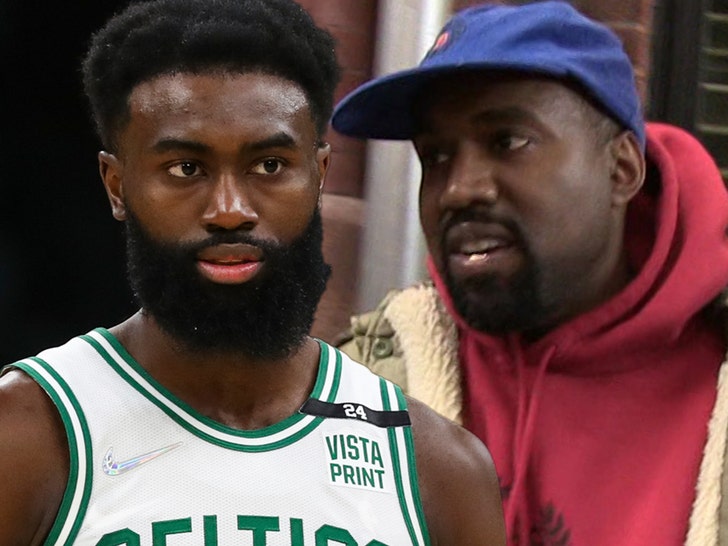 On Monday, Jaylen was asked about his business relationship with Ye’s company, telling the Boston Globe he won’t be jumping ship.

“First, I don’t condone any hurt, harm, or danger toward any group of people or individuals whatsoever,” said Brown, who joined Donda Sports in May shortly after Rams star Aaron Donald.

Of course, Kanye has repeatedly made anti-Semitic comments … ’cause lucrative business partners like Balenciaga dropped him. Adidas, his biggest partner, has faced tremendous pressure to part ways with Ye.

Brown defined his current relationship with West as a “sensitive subject,” adding that it’s hard to comment on it because it’s being “evaluated.”

“He’s someone who’s obviously dealing with a lot of adversity that’s in front of him right now, and everybody can see it, and it’s public,” 26-year-old Brown said.

“But a lot of people in the world are dealing with adversity and things that are going on that’s in front of them, and they need help. It’s a lot going on right now.”

Im A Celebrity… Get Me Out Of Here! 2021 full line up confirmed