Along with “Little People, Big World” and the Roloff family, members of the Duggar squad quite literally grew up in front of our very eyes. TLC has a way of making their family-oriented shows relate to viewers, thus making heartwarming and entertaining television. Fans first got to know the Duggar family on their hit series “19 Kids & Counting,” which aired on TLC from 2008-2015, per IMDb. According to ABC News, the network axed that series after allegations that the eldest sibling in the Duggar clan, Josh Duggar, inappropriately touched underage girls.

Some of the Duggar kids appeared on the spin-off series titled “Counting On,” which premiered in 2015. In late June, fans were surprised to hear that one of TLC’s most popular shows would be coming to an end. The network announced that they would not be renewing the series for another season in the wake of more allegations of child pornography against Josh. “TLC will not be producing additional seasons of Counting On,” the statement read (via People). “TLC feels it is important to give the Duggar family the opportunity to address their situation privately.”

While some fans were surprised to hear the news, many others were not, especially considering the circumstances. Jinger Duggar and her husband, Jeremy Vuolo, were the first two show members to speak out and let fans know their thoughts about TLC’s announcement. Keep scrolling to find out more deets on what the pair have to say following TLC’s statement. 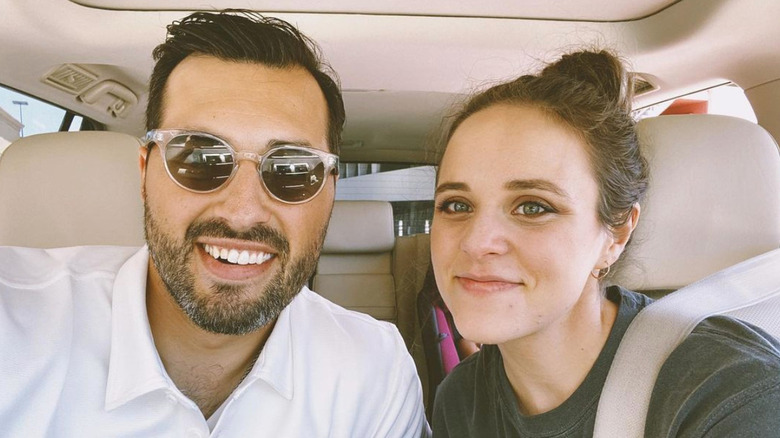 After 11 seasons of “Counting On,” Jinger Duggar and her husband, Jeremy Vuolo, shared a statement with fans to express their thoughts on the show coming to an end. The pair released the same statement on their respective Instagram pages, which was a simple black text on a white background. “We are grateful for TLC giving us the opportunity to be on their network over the years and their kindness towards the Vuolo family,” the message read. “It’s been a remarkable journey that has opened doors to traveling and experiencing the world in a way that we wouldn’t have imagined possible.”

The pair continued, saying that they “wholeheartedly agree” with TLC’s decision to pass on renewing the show and it seems like there’s no bad blood between either party. “We’d like to thank our fans, friends and the amazing film crew who have shown us love and support. We look forward to continuing our creative journey in Los Angeles and seeing what the future holds,” the pair shared. Interestingly enough, both Jinger and Jeremy disabled comments from their posts.

As of this writing, it appears as though Jinger and Jeremy are the only members of the Duggar clan who have broken their silence on the matter, but it’s safe to say that other statements will likely begin to trickle in. Who do you think will be the next member of the Duggar family to speak out on the cancellation?

We Challenged Lily Collins, Lucas Bravo, and Ashley Park to a Game of Emily in Paris Pictionary

Meet the Men! A Look Back at Kate Beckinsale's Love Life