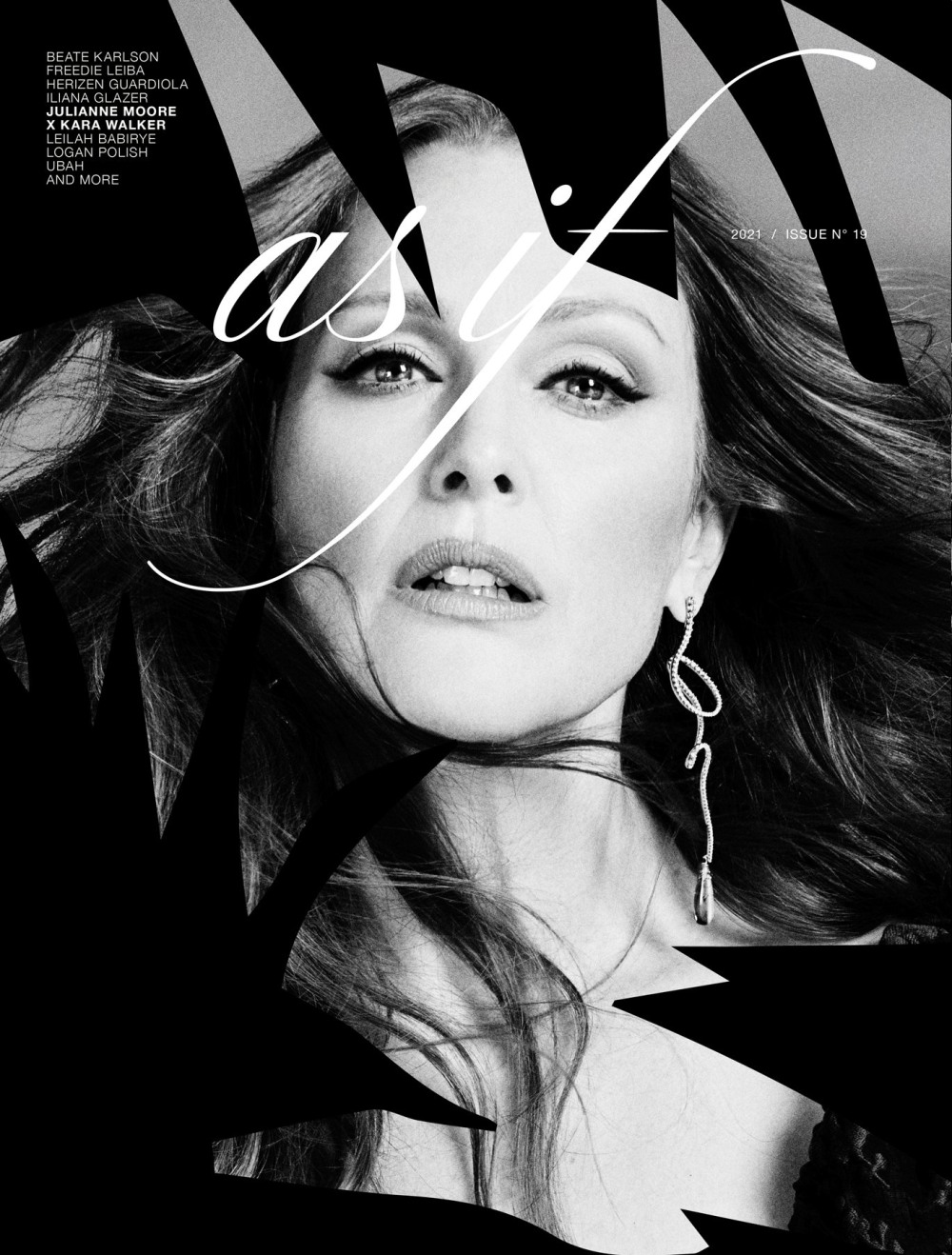 Again, Julianne Moore is 60 years old! She turned 60 last December. Julianne is currently promoting Lisey’s Story, the miniseries adaptation of the Stephen King novel. As she promotes this series, she’s been talking a lot about aging and skincare and what she does to take care of herself. Julianne isn’t one of those Hollywood women who looks filler’d and Botoxed beyond belief, although it’s clear that some of you believe she has had some subtle work done here and there. She claims she’s just doing microneedling and radio frequency. Whatever she’s doing, she looks great, no qualifiers needed. In her interview with As If, she talks about how much it pisses her off when people say that she (or anyone else) is “aging gracefully.”

On the term “aging gracefully”: “There’s so much judgment inherent in the term ‘aging gracefully.’ Is there an ungraceful way to age? We don’t have an option of course. No one has an option about aging, so it’s not a positive or a negative thing, it just is. It’s part of the human condition, so why are we always talking about it as if it is something that we have control over?”

The importance of inner growth: “We are given a narrative as children that we keep growing through school, maybe go to college then, after school is finished, the idea of growth is done. But we have all this life left to live. How do we continue to challenge ourselves, to interest ourselves, learn new things, be more helpful to other people, be the person that your friends and family need or want? How do we continue to evolve? How do we navigate life to have even deeper experiences? That’s what aging should be about.”

On racism & sexism in the industry: She’s glad certain “behaviors are no longer being tolerated” in regards to sexism and racism, both in the entertainment industry and beyond. “The dismantling of these systems and putting other more equitable systems in place is helpful in preventing people from abusing one another and giving everyone equal opportunity. It’s the first time in my life that people are talking about representation. Are there female directors? Are there Black or Asian directors? Is there trans representation and are people with disabilities being represented? These are conversations we have never ever had before. It’s been amazing.”

I understand what she means about “aging gracefully,” but… some people DO age gracefully and some people don’t? Like, people have the right to do what they want to do, but whenever I see how poorly Madonna has handled getting older, I wince. Some people – and it’s not exclusive to women, to be clear – just go bonkers when they start seeing wrinkles or a receding hairline or whatever. I feel like “gracefully” is implicitly judgmental, for sure, but it’s about more than just physical appearance. It’s about having some grace towards simply looking and feeling older. I don’t feel 21 anymore. I hate it but I’m also not trying to be, look or feel 21 again. There’s grace in just feeling your age and being okay with it.

Cover and IG courtesy of As If.

Kate Hudson Called Her Estranged Relationship With Her Father a 'Blessing'