Wrong number, who this? After seemingly texting Justin Bieber in 2017, Diplo received a “wrong number” text in response. Four years later, Bieber, 27, texted the “Don’t Be Afraid” DJ, 42, from the number in question, which confirmed the above message was a prank.

‘Justice’ Is Here! Justin Bieber Through the Years

Diplo revealed the whole ordeal via TikTok on Saturday, June 19. In the now-viral video, the producer shared his text message exchange with a “Singer from afterparty.” The first message, sent on June 17, 2017, read, “Yo biebs, it’s Wes! Was dope linking with you last night.” (Wes refers to Diplo’s real name, Thomas Wesley Pentz Jr.)

The mystery singer quickly replied, “Hey this isn’t ‘biebs’. I think someone gave you the wrong number. Sorry.”

The “Peaches” singer sent a new text message just a few days ago. He wrote, “Hey it’s Justin, did you get those vocals I sent over the other day?”

at least I wasn’t ghosted

Diplo acknowledged the prank as he posted the TikTok video with the caption, “At least I wasn’t ghosted.”

The musicians’ relationship goes back years, as they worked together on the tracks “Where Are U Now” and “Cold Water” in 2015 and 2016, respectively.

During the original text conversation, Bieber was in Europe for his “Purpose” tour before it was cut short for “unforeseen circumstances,” according to a statement given to Us Weekly in July 2017. 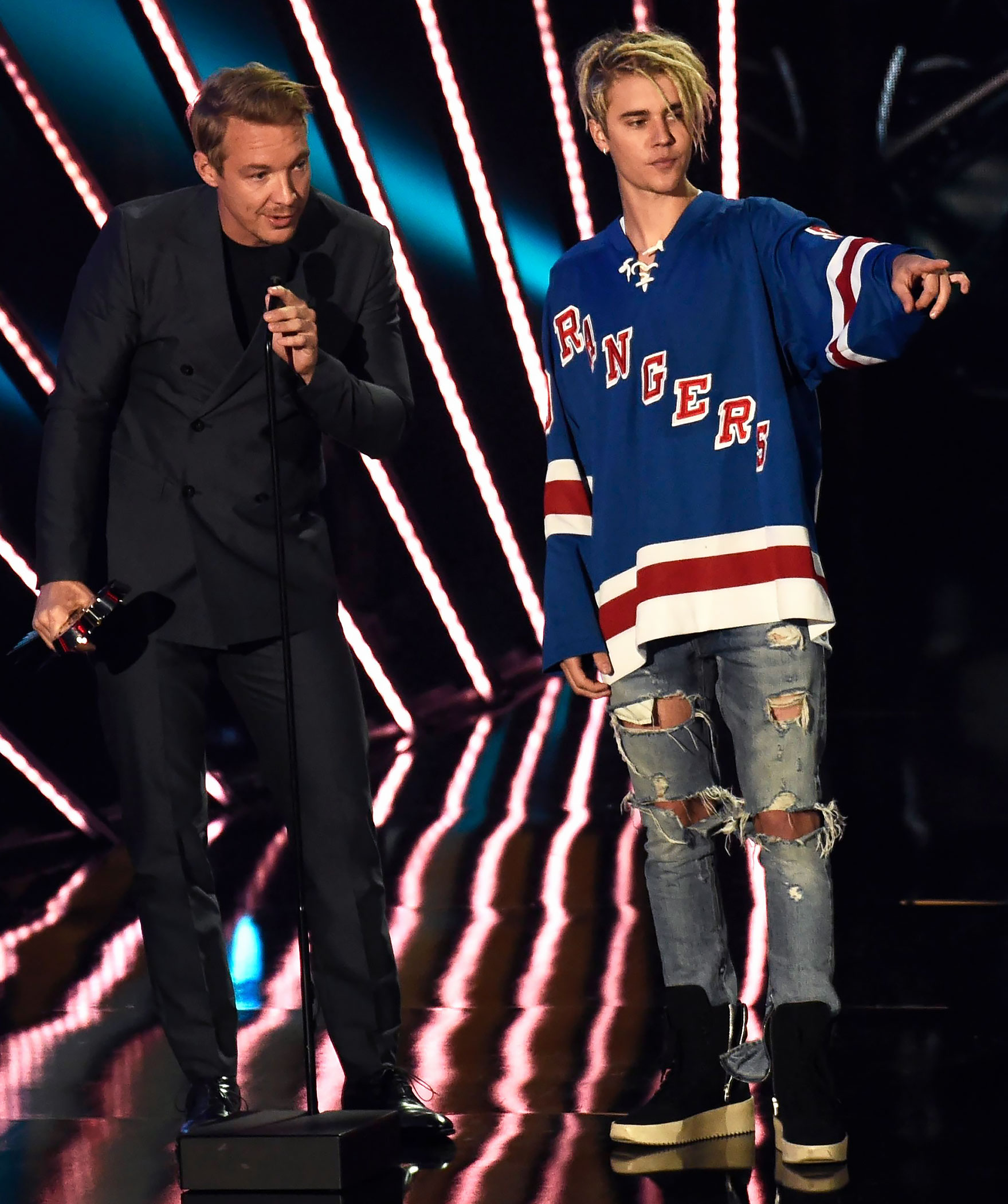 Around the same time, Diplo performed at the Electric Daisy Carnival in Las Vegas.

This isn’t the first time the music producer has been involved in pranks. Diplo once hacked the official Jonas Brothers Instagram account in 2019. He uploaded a photo of himself with the caption, “@calvinklein ur welcome for the free promo. follow @diplo,” on the band’s page. The brothers commented on Diplo’s photos, including one where Joe Jonas claimed the producer had changed the account password.

Months earlier, he even accidentally live-streamed Jonas’ wedding to Sophie Turner. The “Remember This” singer, 31, told radio host Roman Kemp that Diplo “did ruin” the Vegas ceremony. He said, “I love Diplo, but he loves his ‘gram more than a 13-year-old. He posts every five seconds. He literally, like, live-streamed with dog face filters.”

Turner, 25, spoke to PorterEdit magazine about Diplo’s Instagram Live, saying, “It would have been better if no one had known, but I actually think it was funny.”