Hailey Bieber is always there for her man and in this case, she literally is. In this exclusive clip from Justin Bieber’s virtual iHeartRadio album release party for his new album, Justice, Justin is being interviewed about the album and future collaborations when Hailey walks in the room.

“Sorry, my wife is just walking in,” Justin tells the interviewers. “Hi, I’m on a Zoom interview call,” Justin says to his wife before turning the camera on a waving Hailey.

Justin, who released his sixth studio album on March 17th, opened up about how his latest release differs from the others.

While mounting pressure exists for Justin to top each project, he has a different motivator for making music.

He continues, “Obviously it’s like, there’s pressure to outdo each project, but I think as long as I just look at it through the eyes of just, wow, like I have another opportunity to, you know, use what God’s put inside me to make other people happy, that’s been the driving motivation/motivator for me, and so that’s been really helpful.”

The “Peaches” singer has a few collaborators in mind for upcoming projects, including SZA and Jhené Aiko.

“I really love SZA, I love H.E.R,” he shares. “And then, thirdly, Jhené Aiko, which — who I think is super, super talented.”

Justice — which also includes Bieber’s singles “Anyone” and “Hold On” — features a number of other big collaborations with artists including The Kid LAROI, Dominic Fike, Khalid, Beam, and Burna Boy.

Back in February, Bieber took to Instagram to share his upcoming album’s cover art and reflected on the album title.

“In a time when there’s so much wrong with this broken planet we all crave healing and justice for humanity. In creating this album my goal is to make music that will provide comfort, to make songs that people can relate to and connect to so they feel less alone,” he penned on social media. “Suffering, injustice and pain can leave people feeling helpless. Music is a great way of reminding each other that we aren’t alone. Music can be a way to relate to one another and connect with one another.”

He added that he knows that he “cannot simply solve injustice by making music but I do know that if we all do our part by using our gifts to serve this planet and each other that we are that much closer to being united.”

Why Justin Bieber Won't Get Any Tattoos on His Hands

Hailey Bieber on Marrying Justin at an ‘Insanely Young’ Age 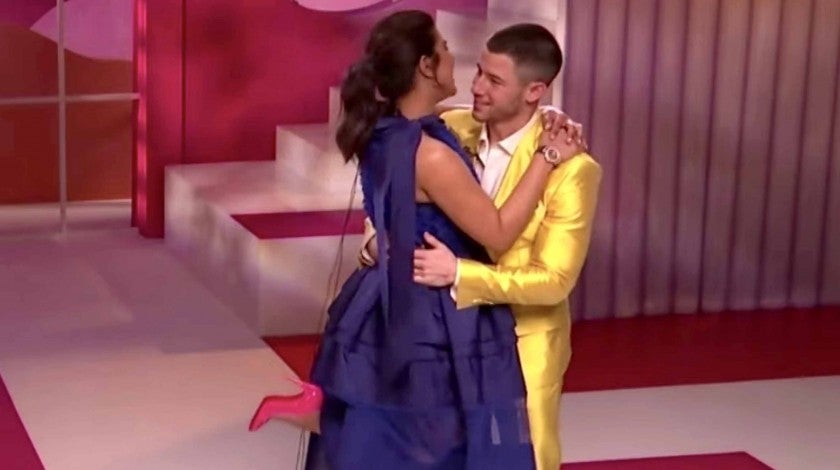 PDA Alert! Celebrity Couples Who Can't Keep Their Hands Off Each Other

Watch J.Lo Attempt to Drive for the First Time in Over 20 Years