Like mother, like daughter. ‘Jersey Shore’ stars Jwoww and Snooki proved their daughters Meilani and Giovanna are their mini-me’s in an adorable pic.

Jersey Shore stars Jenni “JWoww” Farley and Nicole “Snooki” Polizzi have some serious mini-me’s on their hands. The reality TV stars brought their daughters together for the most adorable photo during a playdate. The duo looked just like their MTV star moms as they smiled and placed their hands on their hips in the snap posted to Instagram on September 16. “Snooki and Jwoww,” the proud mama captioned the snap.

Their former co-star Mike “The Situation” Sorrentino, who recently welcomed his first son, Romeo, replied to the post, “Omg Stahp,” while his wife Lauren added, “I cantttt at this mini-me cuteness!” JWoww also shared the pic to her daughter’s own IG page, writing, “My best friend,” as Giovanna replied, “With my bestie today!” JWoww and her x-husband Roger Mathews also share five-year-old son Greyson, while Snooki is a mom to sons Angelo James, 2, and Lorenzo Dominic, 9, with husband Jionni LaValle.

Just last month, the reality TV icon celebrated Lorenzo’s 9th birthday with a WWE-themed party. He even had a wrestling-inspired cake. “Such a fun day celebrating my Lorenzo turning 9! So proud of you my first baby! & can’t wait to see you kill it in the ring one day!,” she captioned the pictures. Although she’s no longer a regular cast member on Jersey Shore, she has a new gig as the host of Riduclousness spinoff, Messyness, which premiered in August. 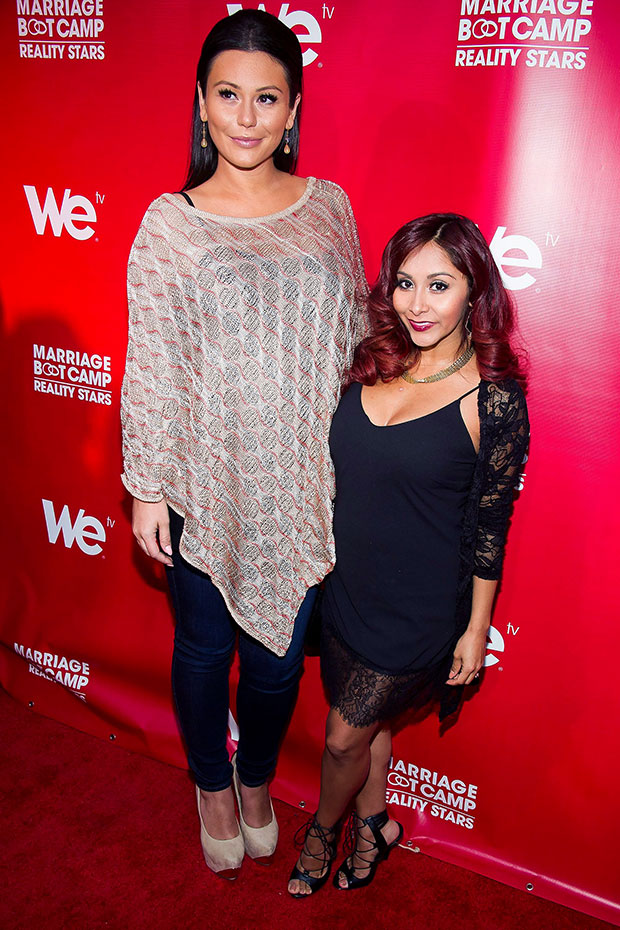 She’s be joined by Tori Spelling, Adam Rippon and Teddy Ray in her new venture, which will see her comment on comedy clips that celebrate “dating, partying and all the messy stages experienced in young adulthood.” Nicole told HollywoodLife EXCLUSIVELY, “I feel like it’s kind of the same thing [as Jersey Shore] but not. “It’s two totally different shows, but the same at the same time. On Jersey Shore I get to be messy and fun and drinking, and on Messyness, I get to be fun and messy and drinking my wine.

She continued, “It just kind of made sense. And I’m celebrating with other people on this show. The fact that Tori, Adam and Teddy are there and we can just bring our own opinions and our own stories, I was so excited for. I also wanted to host. I love hosting. I feel like it’s so different. So I wanted to try something different, but of course, still at MTV.”

Justin Bieber Shares A Coronavirus Prayer With Followers: ‘Make This Go Away As Soon As Possible, God&#8