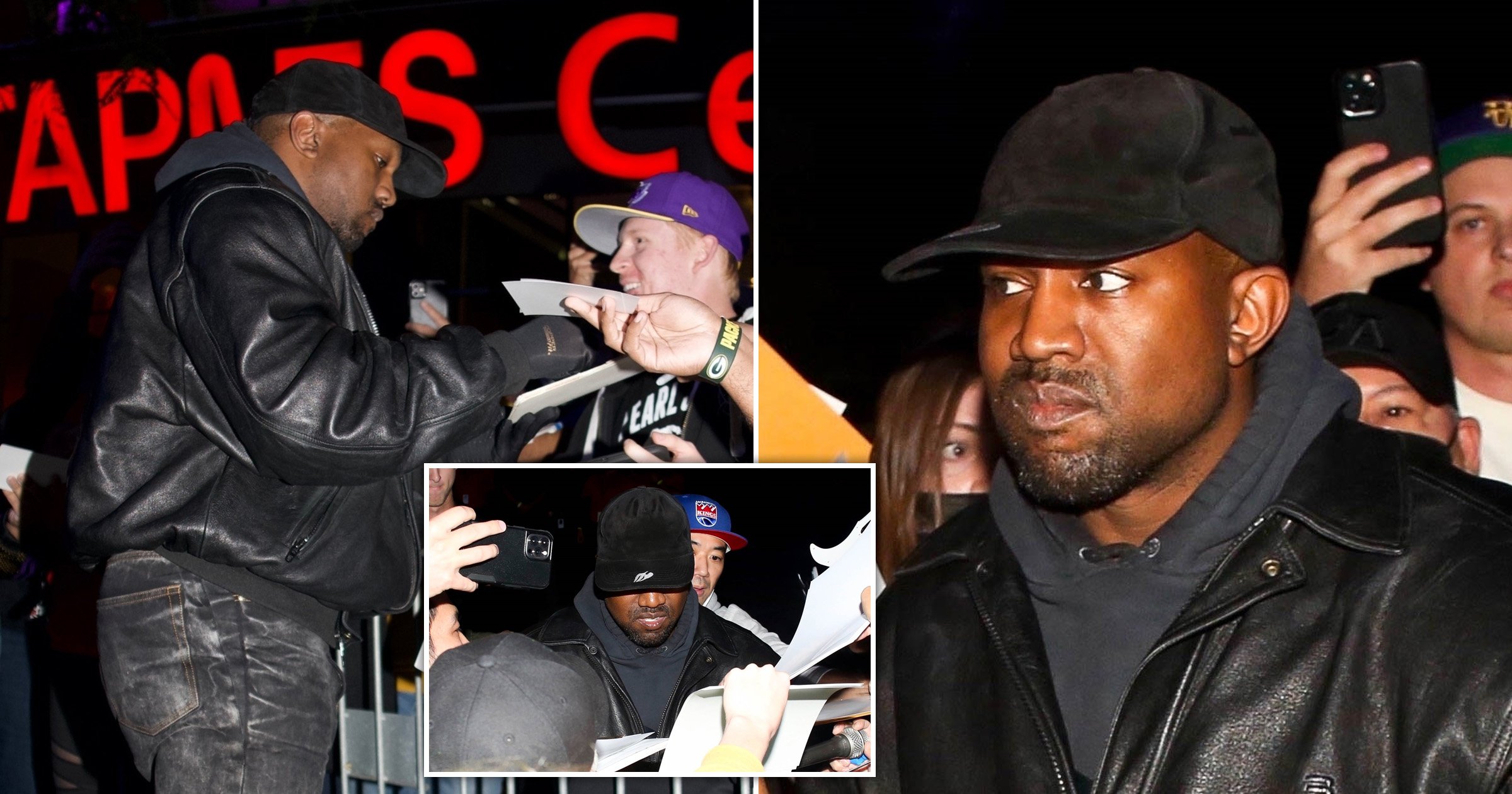 It may have been a Los Angeles Lakers game, but all eyes were on Kanye West as he caused quite the commotion outside the venue, just one day after revealing his hope for reconciling with Kim Kardashian.

The rapper, 44, was mobbed by fans as he stopped for photos and to sign autographs.

Kanye was keen to show some love for his fans, with a beaming smile on his face as crowds caught a glimpse of their idol.

The musician kept things casual in an all-black ensemble, as he wrapped up in gloves and multiple layers.

He attended the game at the Stapels Center, where he had a front row view of all the action.

He tucked in to some snacks while watching the players closely.

However, the Los Angeles Lakers suffered a triple overtime loss to the Sacramento Kings in their fifth defeat in their past seven games.

Kanye’s sighting comes just after he shared a photo to Instagram, seeming hopeful about reconnecting with ex wife Kim.

Taking to his story, the Donda rapper shared an old snap of the two kissing, with a TMZ headline stating: ‘Kanye West says God will bring Kim, 41, and him back together, inspire millions’.

The headline referenced to a speech Kanye made at a charity event in LA earlier recently, where he stated he was determined to get back together with his wife.

He said God wants them to see that ‘everything can be redeemed,’ stating he would be ‘changing the narrative’ around his marriage, taking control as opposed to having reality shows ‘write the narrative’ on his family.

The speech followed Yeezy’s appearance on podcast and YouTube series, Drink Champs, where he refers to Kim as his ‘wife’ throughout.

He said that he and Kim were ‘not even divorced’ as he has ‘never seen the papers.’

Kimye married in a lavish ceremony in 2014, with Kim filing for divorce in February 2021.

Kim and Pete have not yet commented on their romance, however, they’ve been pictured together several times, once holding hands, and Pete recently sported what looked like a love bite on his neck.

Fans Are Roasting Justin Bieber and Selena Gomez for 'Begging' for a No. 1 Song

Miranda Lambert’s Husband On Leave Of Absence From NYPD