A red-carpet match made in heaven. Former Bachelor Matt James and on-again girlfriend Rachael Kirkconnell made their official red carpet debut together at Saturday night’s 2021 ESPYS in New York.

Posing on the carpet, the ABC Food Tours founder, 29, donned a brown plaid suit and oversized shades. The Georgia native, 24, stepped out in a long black gown that featured a plunging neckline and sheer panels.

During the event, the Wake Forest alum posed for a snap with athlete Sha’Carri Richardson via his Instagram Story along with the caption “jefe.” The couple also took a pic with basketball player Paige Bueckers via his Story. 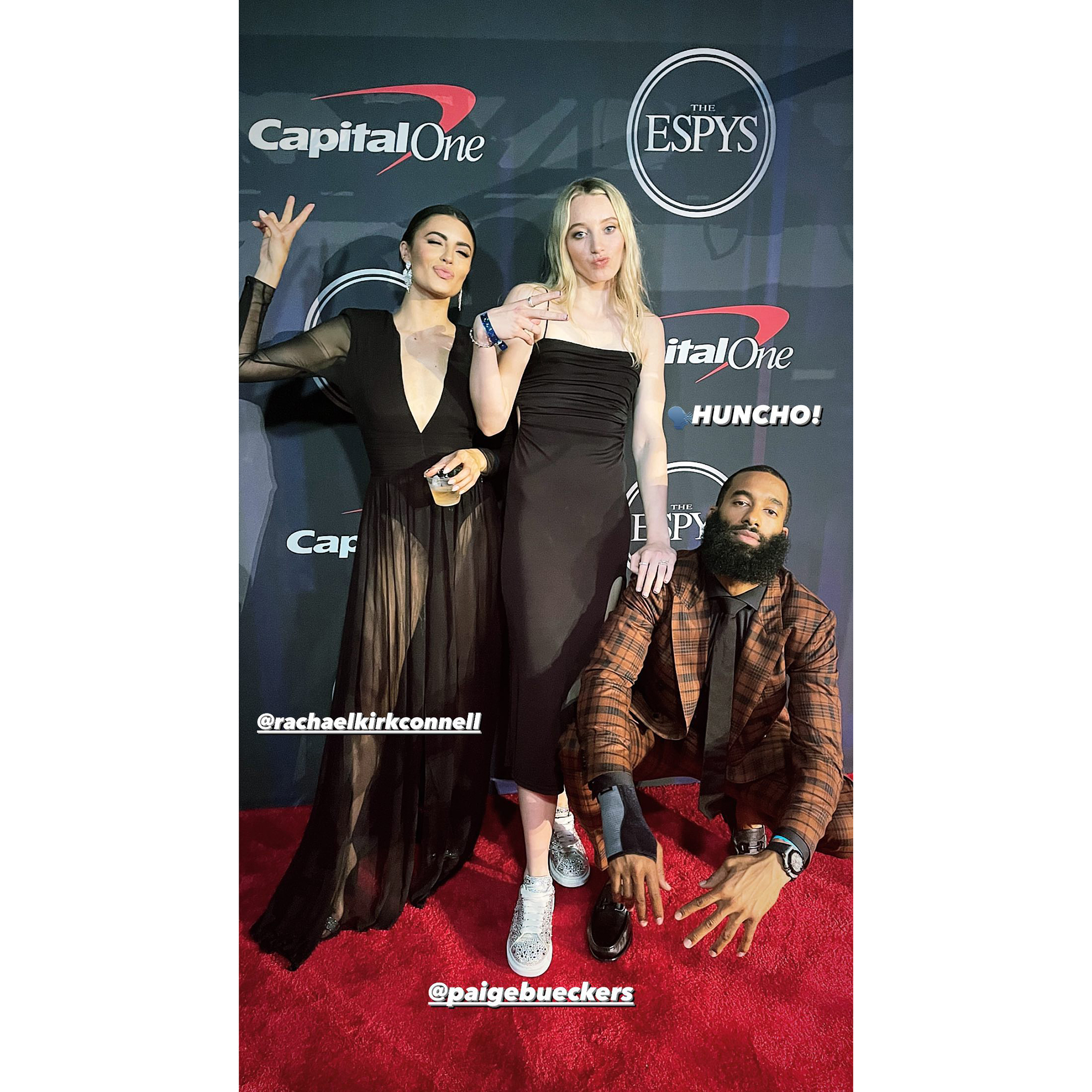 The Bachelor Nation couple’s appearance at the awards show come weeks after the pair jetted off for a romantic getaway to Aspen, Colorado in June.

During the couple’s trip at the Little Nell luxury resort, an eyewitness spotted James “leaning in affectionately” towards Kirkconnell. “This was only a glimpse of the affection they’ve been giving each other the entire time,” the onlooker exclusively told Us Weekly. “And they certainly weren’t hiding it.”

Throughout their travels, the duo toured the grounds, participated in ropes courses and looked very chummy together.

“[Their] Aspen getaway was very romantic,” the source revealed to Us. “Both were bright-eyed, easygoing and in a very joyous mood. It’s very obvious to onlookers that they are definitely headed in the direction of an engagement. … They were very close and acted as if they had been dating for years.”

The couple met on season 25 of The Bachelor, which premiered in January. Kirkconnell was James’ winner on the show, however, the pair briefly split in February after past racially insensitive photos resurfaced on Instagram. The pair eventually reconciled in April, and James confirmed they were back together during an interview on the “Pomp” podcast a month later.

“Me and Rachael’s relationship was a little different because a lot of things [in the world] were different,” James remarked about the couple’s relationship once the ABC series wrapped amid the pandemic. “We watched a lot of movies. We worked our way through Disney+. There were rough patches in our relationship [and] we actually broke up for a moment. We’re back together [now].”

The former football player admitted he had a “come to Jesus” talk with the graphic designer where she told him he needed to refocus on their relationship if they were to get back together.

Cedrick Cotton of RnB Group Ideal Is Stabbed to Death, Mom Pleads for Killer to Surrender