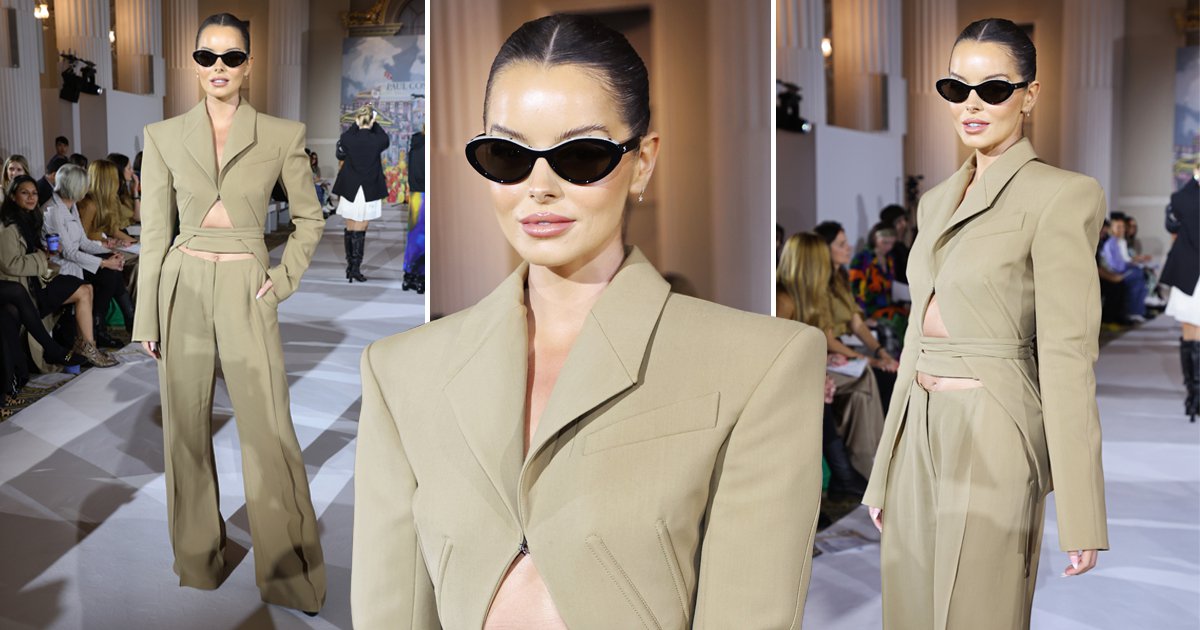 Maura Higgins looked like the style icon she truly is at a London Fashion Week event on Friday.

The 31-year-old posed in a stunning beige suit showing off her toned mid-riff with a cheeky belt cinching in her waist.

She paired her glamorous outfit with some sharp black sunglasses, and her hair sleeked back into a low bun.

The Love Island star looked effortlessly chic at the Paul Costelloe show in London, one of several runways and events going ahead following the tragic death of the Queen.

London Fashion Week organisers will observe ‘royal protocol’ and hold their own ‘moments of respect’ to mark this mournful period.

The event runs from September 16-20, and will be an opportunity for the industry to celebrate the monarch’s ‘legacy and commitment to creativity and design’, organisers said.

Maura’s stunning look as she posed on the runway comes after rumours she’s fronting the upcoming Big Brother reboot.

August kicked off with a bang as it was revealed in a teaser that Big Brother would be making its way to ITV2 next year.

Fans were immediately sent into a frenzy at the news, and speculation is rife over who would be hosting the hit reality show (even Jedward offered their services for the gig), and it looks like ITV bosses have a strong TV personality in their sights.

The Love Island legend has already become a household name after appearing in series five of the ITV2 reality dating show alongside Molly-Mae Hague and has featured on Dancing on Ice and also hosted the beauty transformation show Glow Up Ireland.

‘Maura is a homegrown ITV talent who has all that – plus of course looks great on screen,’ a source told The Sun.

However, an ITV spokesperson insisted no decisions have been made as yet.

Elsewhere during London Fashion Week, high-fashion brands including Burberry and Raf Simons had already announced they would be cancelling their shows following the news of the Queen’s death.

In a statement, organisers said: ‘As a business-to-business event London Fashion Week will continue while observing Royal Protocol and the event will be dedicated to Her Majesty Queen Elizabeth II with our own moments of respect.

‘Having spoken to designers and industry members, we as an industry want to unite as a creative and business community to celebrate Her Majesty’s legacy and commitment to creativity and design.