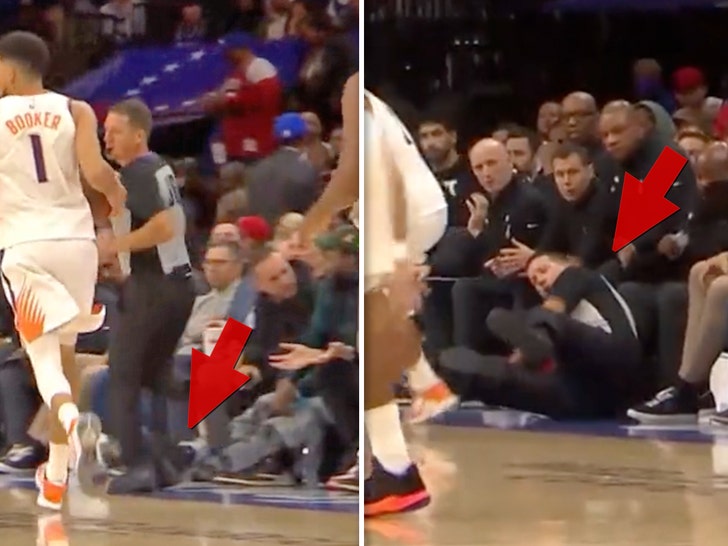 Don’t ever, EVER make a bad call in the presence of Meek Mill … the rapper tripped a referee during the 76ers game and it was all caught on live TV!!

The Philly rapper was sitting courtside with Fanatics CEO Michael Rubin and Will Makris at the Suns-Sixers game at the Wells Fargo Center Monday night.

The “Dreams & Nightmares” rapper got in on the action in the 2nd quarter when his stretched-out legs got in the way of the officials running alongside the court near the Sixers’ bench.

The ref fell right near Sixers’ coach Doc Rivers … who helped him back to his feet. MM quickly apologized to the ref.

Rubin, however, says differently … saying on his IG story, Meek tried to put the blame on him.

Note to self: don’t stretch your legs courtside!