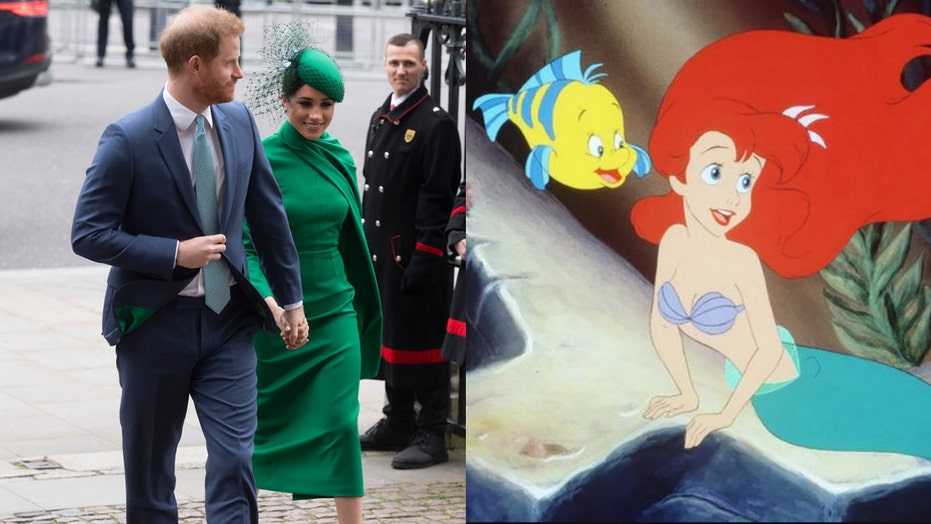 Meghan Markle says she related her experience as a royal with a famed Disney movie.

The Duchess of Sussex sat down with Oprah Winfrey for “Oprah with Meghan and Harry a CBS primetime special,” where Markle discussed how her time as a member of the royal family was comparable to Princess Ariel in “The Little Mermaid.”

“I was sitting in Nottingham cottage and ‘The Little Mermaid’ came on,” Markle, said. “And who, as an adult, really watches ‘The Little Mermaid’ but it came on and I was like, ‘Well I’m here all the time I might as well watch this,’ and I went, ‘Oh my God she falls in love with the prince and because of that she loses her voice.'” 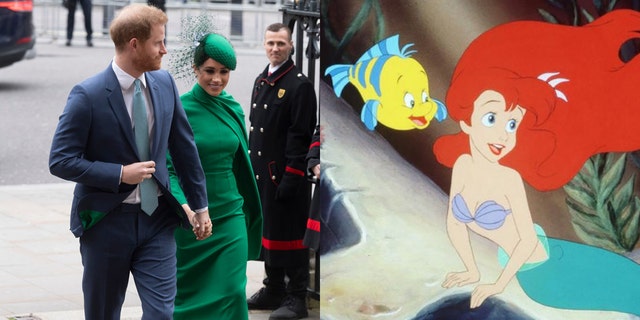 Meghan Markle discussed how her time as a royal had comparisons to Princess Ariel in "The Little Mermaid."
(Getty, AP)

In the 1989 animated film, Ariel falls in love with Prince Eric and decides to trade her voice to the evil sea witch Ursula, so she can become human for three days.

Markle says she also lost her voice and wasn’t able to speak out about difficulties in her life, which she found ironic since she’s been such an advocate for women speaking out. When asked whether she “was silent or silenced,” Markle responded: “The latter.” 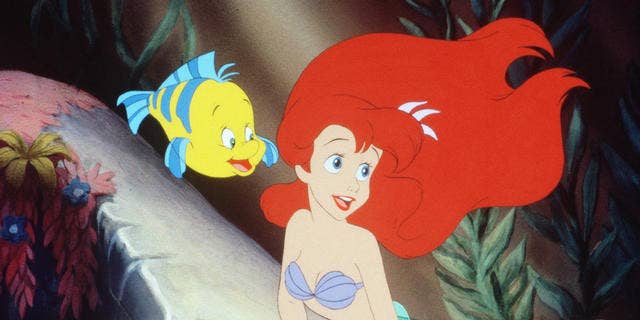 Ariel the Mermaid and Flounder from movie "The Little Mermaid."
(AP)

“But in the end she gets her voice back,” Markle told Oprah. “Can you imagine how little sense that makes? I left my career, my life, I left everything because I love him [Prince Harry].”

Harry and Markle departed royal life a year ago. They eventually moved to Southern California after leaving Britain — with a stop in Canada in between.

The sit-down with Winfrey was a chance for the couple to explain what led them to quit royal life, citing what they said were the unbearable intrusions and racist attitudes of the British media.

Near the end of the interview, Oprah asked, “So your story with the prince does have a happy ending?”

“It does. Greater than any fairytale you’ve ever read,” Meghan replied.

Markle’s comments were strikingly different from Duchess of York Sarah Ferguson, who described royal life as “not a fairytale” during a 1996 interview with Oprah following her split from Prince Andrew.

Malin Akerman: 25 Things You Don’t Know About Me!