Meghan Markle and Prince Harry have been praised by White House Press Secretary Jen Psaki as well as Hilary Clinton following their interview with Oprah Winfrey that aired on Sunday night.

In the no-holds-bar interview, the royal couple opened up about their exit from royal duties, move to America, relationships with other royals and more, garnering high viewership and massive social media attention.

Psaki is among those to have addressed the sit-down – specifically Markle’s comments on her mental health, which included the reveal that she faced suicidal thoughts amid intense media scrutiny.

“For anyone to come forward and speak about their own struggles with mental health and tell their own personal story — that takes courage,” Psaki said during a daily press briefing.

She explained that President Joe Biden backs the idea of speaking about mental health and investing in such “areas,” which he is “committed to [doing] in the future.” 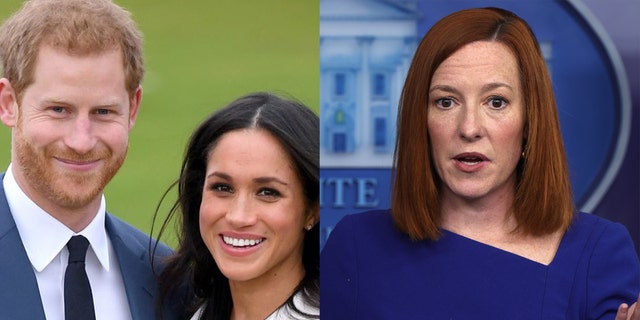 The White House employee then explained that she would not further comment on Markle and Harry’s interview.

“We aren’t going to provide additional commentary from here on behalf of the president or others, given these are private citizens sharing their own story and their own struggles,” she said.

The interview contained several bombshell accusations by the royal duo regarding their treatment by the British media and royal family itself, but Psaki said that such allegations would not mar the United States’ relationship with the country.

MEGHAN MARKLE REVEALS HER ONE REGRET ABOUT JOINING THE ROYAL FAMILY

“Let me just reiterate that we have a strong and abiding relationship with the British people and a special partnership with the government of the United Kingdom on a range of issues, and that will continue,” she assured.

During their discussion with Winfrey, Markle, 39, said that while facing suicidal thoughts, she approached a senior member of the Firm to discuss her getting help, but the idea was allegedly rejected by the unnamed official because it would reflect poorly on the royal family.

Harry, 36, also admitted that he “went to a very dark place” upon hearing of his wife’s struggles and that a lack of support from the royal family was a contributing factor to their departure from royal duties.

Psaki wasn’t the only government figure to comment on Markle’s struggles, as Clinton also spoke out in an interview with Washington Post Live.

Clinton said she found the special to be an extraordinary two hours of television and praised Winfrey for her duties conducting the interview.

Furthermore, the former presidential candidate said it was “heartbreaking” to watch the “incredibly accomplished” Markle be “not fully embraced” by the Crown and face off against British tabloids, which Clinton noted she’d battled before herself.

“I’ve had my time in the box with the British tabloids, as anybody who is in the public eye has had, and their cruelty in going after Meghan was just outrageous,” Clinton said. “The fact she did not get more support that the reaction was, you know, let’s just paper it over and pretend it didn’t happen or it will go away, just keep your head down’—well, this young woman was not going to keep her head down.”

She added: “This is 2021 and she wanted to live her life and be fully engaged and she had every right to hope for that.” 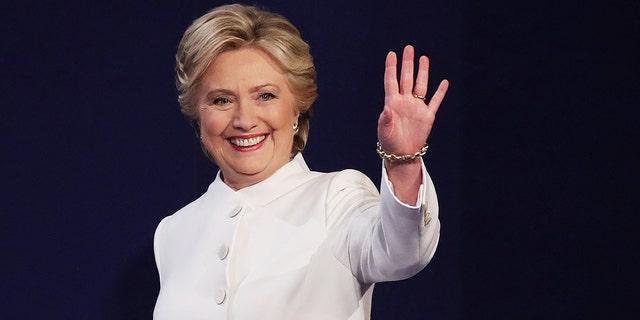 “I just think that every institution … has got to make more space and acceptance for young people coming up, particularly young women, who should not be forced into a mold that is no longer relevant, not only for them but for our society,” Clinton continued.

Clinton went on to say how “heartbreaking” it was for her to see Prince Harry and Markle delve into the difficiulites they endured.

“It was heartbreaking to see the two of them sitting there having to describe how difficult it was to be accepted, to be integrated, not just into the royal family as they described, but more painfully into the larger society’s whose narrative is driven by tabloids that are living in the past,” she added.

“I just hope that there will be some serious, thoughtful consideration in all of the institutions, not just in response to what Meghan and Harry were talking about, but literally across all of our societies,” Clinton said. “Why do we make it so hard to incorporate diversity, to celebrate it, to be proud of it?”

To conclude, Clinton commended Markle and Harry for “standing up for themselves and for their young children” as well as for encouraging institutions including the royal family “to be more dynamic and forward-looking than they currently are.”

If you or someone you know is having thoughts of suicide, please contact the National Suicide Prevention Lifeline at 1-800-273-TALK (8255).

Malin Akerman: 25 Things You Don’t Know About Me!

Olivia Jade's return to YouTube met with mixed reactions on social media: 'You should have stayed gone'