Meghan McCain called out the ‘boring’ royal family saying there’s A LOT she’d rather do than have to see Charles and Camilla on TV now that Meghan and Harry left.

Meghan McCain just really doesn’t care about anything to do with the British royal family. “I would literally rather eat a muddy tire than watch or have anything with Camilla and [Prince] Charles,” she joked on The View. “I find them like the most boring people in the world and I can say that cause I’m an American.”

The co-hosts were discussing on the May 4 episode historian Hilary Mantel‘s assertion that soon, nobody will be interested in following the royals’ every move. Meghan agreed, and said that her problem stems from the family’s drama with Prince Harry and Meghan Markle. She thinks that other Americans might feel the same way as her, considering the duchess is from California, and the couple now lives in Santa Barbara with their son, Archie.

“I know people love Queen Elizabeth and she’s a legacy but I don’t like the way they treated Meghan Markle and Harry,” Meghan said. ” I think that Americans are pretty protective of them right now because she went over there, tried to help modernize something that’s — in my perspective — old, archaic and deeply irrelevant, And now [Meghan] came back here. I’m just glad they have a safe space where they can live their lives the way they want to.” 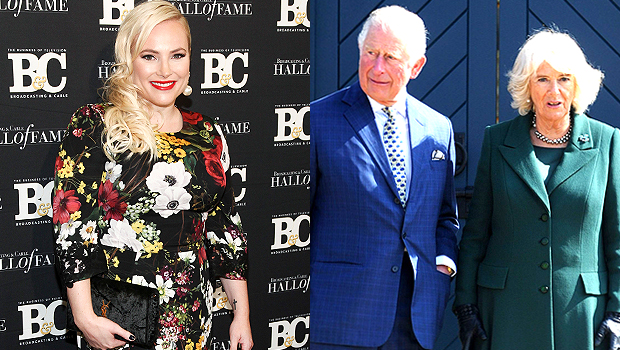 Joy Behar actually agreed with Meghan wholeheartedly. “Prince William is sweet, but kind of boring. Kate [Middleton] is lovely but — nobody’s really excited about them and they got rid of the two who were really the upstarts. [Harry and Meghan] were the two that were going to give this some juice. I don’t think that England is ready to be stuck with Charles and Camilla. The monarchy could really go the way of the Whig Party.