Michael Palin, 76, was due to tour the UK in October but has cancelled the string of appearances and confirmed he is set to undergo an operation to fix an issue with his mitral valve. The Monty Python star shared the news with his 149,000 followers on Facebook in a characteristically humorous way, alongside a snap from the come troupe’s hospital sketch. “The Machine that Goes ‘Ping!’” he began his statement. “Five years ago, a routine health check revealed a leaky mitral valve in my heart.

“Until the beginning of this year it had not affected my general level of fitness,” Michael explained.

“Recently, though, I have felt my heart having to work harder and have been advised it’s time to have the valve repaired.”

The actor, comedian, writer and presenter went on to say he would be recovered within three months of the surgery.

“I shall be undergoing surgery in September and should be back to normal, or rather better than normal within three months,” he said.

Fans flooded to the comments section to share their well wishes with the star, with one writing: “A lovely heart it is too! All the best for a successful op and a swift recovery.”

“So many heartfelt wishes of good cheer,” another wrote, while a third joked: “Best wishes, I’m slightly afraid of the potential of the new and improved you.” 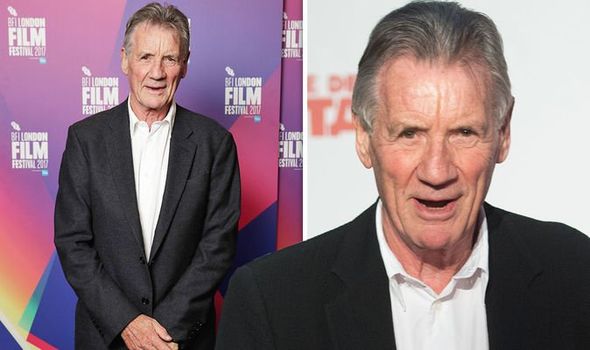 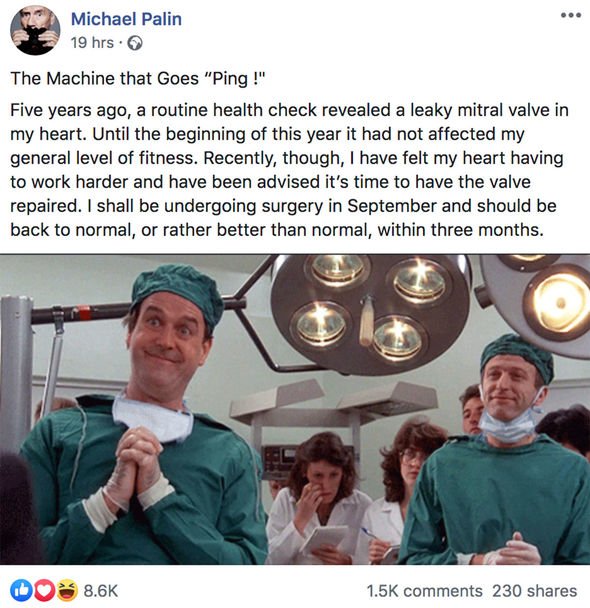 The mitral valve is a small flap in the heart which stops blood flowing the wrong way.

According to the NHS, problems with the valve can affect how blood flows around the body.

Earlier this year, TV favourite Michael spoke out about ageing, telling Nina Myskow’s Too Late To Die Young podcast: “I am glad to be alive each morning, I shave without slitting my throat and then lope downstairs without banging my head.

“I realise I’ve reached the age of 75 without feeling like someone of 75,” he continued.

“Physically, I am a bit slower than I used to be. But I am fairly fit, and probably fitter and looking after myself better than in my mid-20s.

“But I do think about it because my friends are all ageing as well,” he added.

John Cena Just Wants to Be Himself and Put Out Good Vibes, Man