Their relationship may be donezo, but Miley Cyrus’ quote about loving Liam Hemsworth post-split makes it clear the love was not totally lost. During a Dec. 2 appearance on The Howard Stern Show, Cyrus opened up about how her Malibu home with Hemsworth burning down in the California wildfires impacted their relationship. "Me being an intense person and not wanting to sit with it and not wanting to go, you know, ‘What could be purposeful about this?’ I just clung to what I had left of that house, which was me and him," she said, per E! News. "And I really do and did love him very, very, very much and still do, always will."

So, why did they split? She didn’t flat-out point to one thing, but she did note that "there was too much conflict" between them. "When I come home, I want to be anchored by someone," she said. "I don’t get off on drama or fighting."

While she said it was not the case within her relationship with Hemsworth, she did tell Stern drinking has been something that has gotten in the way of her romantic relationships in the past. "It really, really affects my relationships," she said. "I’m not the best partner; I’m not the best daughter; I’m not the best sister. I can be a little unreliable. So if that’s an alcoholic — if we’re not measuring it by how much we drink but how we perform as a human being — then I would say alcohol is a problem for me because I’m not at my best." 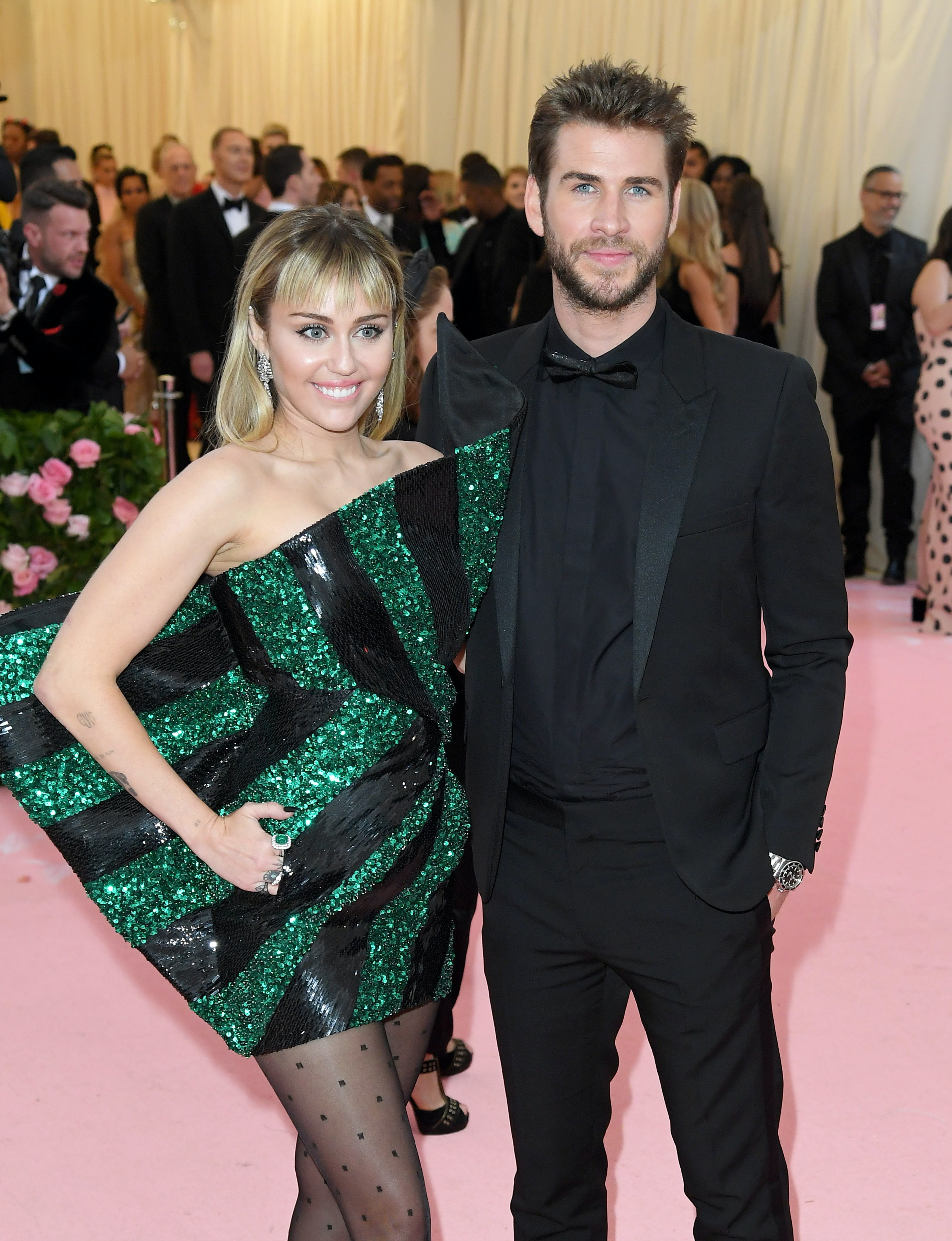 ICYMI: After 10 years of dating on and off, Hemsworth and Cyrus tied the knot in December 2018. By August of 2019, news had broken of their split. Since then, Hemsworth has gone on to date model Gabriella Brooks, and Cyrus has publicly been linked to Kaitlynn Carter and Cody Simpson.

For now, Cyrus is single and down for some cyber sex. "I do a lot of FaceTime sex," Cyrus revealed during her conversation with Stern. And you can safely rule Dua Lipa out when considering potential people she’s having FaceTime sex with. In addition to pointing out Lipa is dating Anwar Hadid, Cyrus explained, "I don’t really wanna f*ck Dua Lipa that much. I think I know her too well as a friend, and, like, I don’t know — not really, no. But I definitely like kind of pretending that we have because it ends up getting us a lot of views on our music video. So, it’s just manipulation, just the standard pop culture manipulation. Ok, I kind of want to f*ck her, like, five percent. The more and more I’m thinking about it, I kind of do."

To be fair, she noted Lipa isn’t really down to f*ck, either. "Maybe if she did, I’m sure I’d take the bait. I mean, like come on." Cyrus said. "I would. If it was an opportunity that presented itself. There are a lot of things that I haven’t really wanted, and then when it comes to be in front of me, there I go. I don’t know."

I think someone has to give Cyrus an award for most honest interview maybe ever?