Miranda Kerr couldn’t be happier for her blended family. The 37-year-old model was praised by Drew Barrymore during an appearance on her talk show on Friday for her relationship with ex-husband Orlando Bloom’s fiancee, Katy Perry.

Barrymore called Kerr and Perry’s relationship “so positive and such an amazing example” of how women should be.

“I adore Katy and I just feel so happy that Orlando has found someone that makes his heart so happy,” Kerr replied. “Because at the end of the day, for Flynn to have a happy father and a happy mother is just the most important thing.”

Kerr and Bloom, who were married from 2010 to 2013, share 9-year-old son Flynn. Kerr remarried in 2017 to Snapchat co-founder and CEO Evan Spiegel. The pair share two sons — 2-year-old Hart and 1-year-old Myles.

“I’m just so grateful that Orlando and Katy found each other, and I’m so grateful that I found my incredible husband and just that we all really respect each other,” she continued. “When it comes to special occasions, when we have to be together, we work it out so we have compromises [about] what is the best for our whole family.”

“We really do always think of what is the best thing for Flynn, and I just think that’s the most important thing,” she noted.

Perry and the Carnival Row star welcomed their daughter Daisy in August. Following the news, Kerr congratulated the couple on their first child together.

As Perry was getting ready to head back to work after giving birth, Kerr also cheered her on.

“MUTHA MILKS is back to werk @americanidol and it’s 🍼udderly🍼 ridiculously MOO-ving already! 🐄 Not pictured: my pumping breaks,” Perry captioned an Instagram post, with Kerr replying, “Omg you’re amazing! Love you,” with a pink heart emoji. 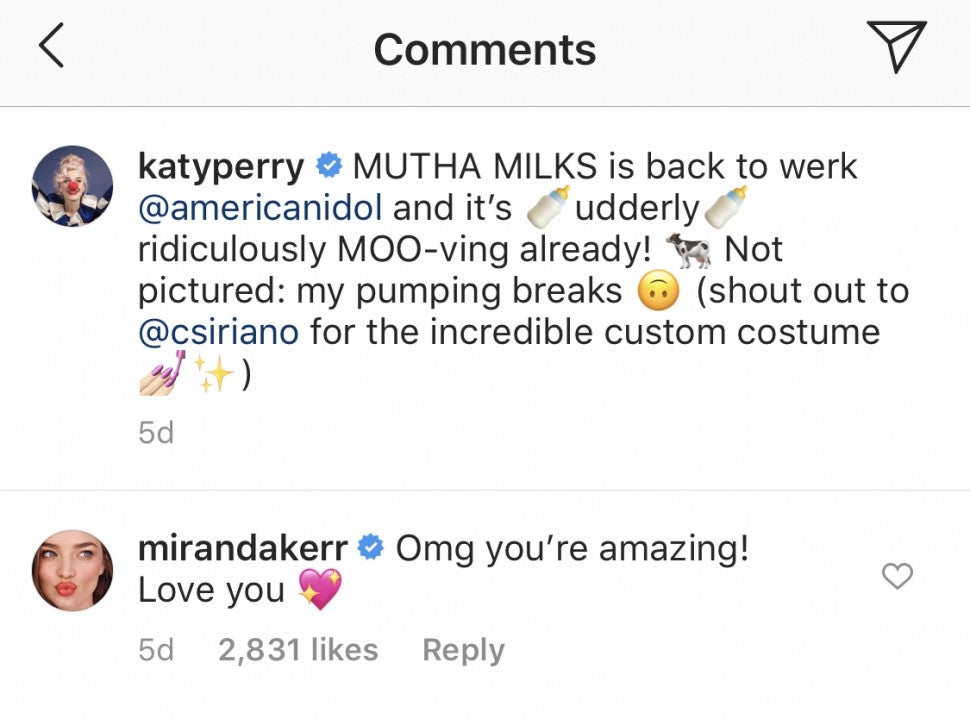 ET spoke with Perry in October, where she praised Bloom for being a great father to their baby girl.

“But Daddy’s doing a great job. Daddy has stepped in,” Perry added of Bloom. “I’ve seen the Bjorn on him, I’ve seen him with the bottle, I’ve seen all the pictures. It’s all good.”

See more in the video below.