If there was a clear winner of San Diego Comic-Con for 2019, it was the Marvel Cinematic Universe. The Kevin Feige-lead presentation was only announced a couple of weeks before the con began, but it instantly became *the* must-see event. Fans were milling about to get in line for Hall H at 3 a.m. PT Friday morning for the panel, which was held on Saturday at 5:15 p.m. But though the deluge of titles and cavalcade of stars dazzled, the biggest news to hit the room was that Natalie Portman will play Lady Thor, in her return to the franchise in Thor: Love & Thunder.

As the final film on the 2020-2021 slate, the Thor: Love & Thunder segment came late in the 90-minute presentation. Director Taika Waititi had previously been announced as returning for this Thor: Ragnarok sequel, which is technically the fourth film in the overall Thor franchise. So fans were not surprised when Feige introduced him to talk about the film. Nor were they surprised when Waititi was accompanied by the stars of Ragnarok, Chris Hemsworth (who plays Thor) and Tessa Thompson (who plays Valkyrie).

But then, Waititi began to discuss his inspiration for the new film. He said it came from reading the 2014 Thor run of comics, in which Thor’s hammer, Mjölnir, is wielded by a woman, a Lady Thor, who it turns out, is Jane.

And there’s only one woman to play Jane in the MCU. Enter Natalie Portman. 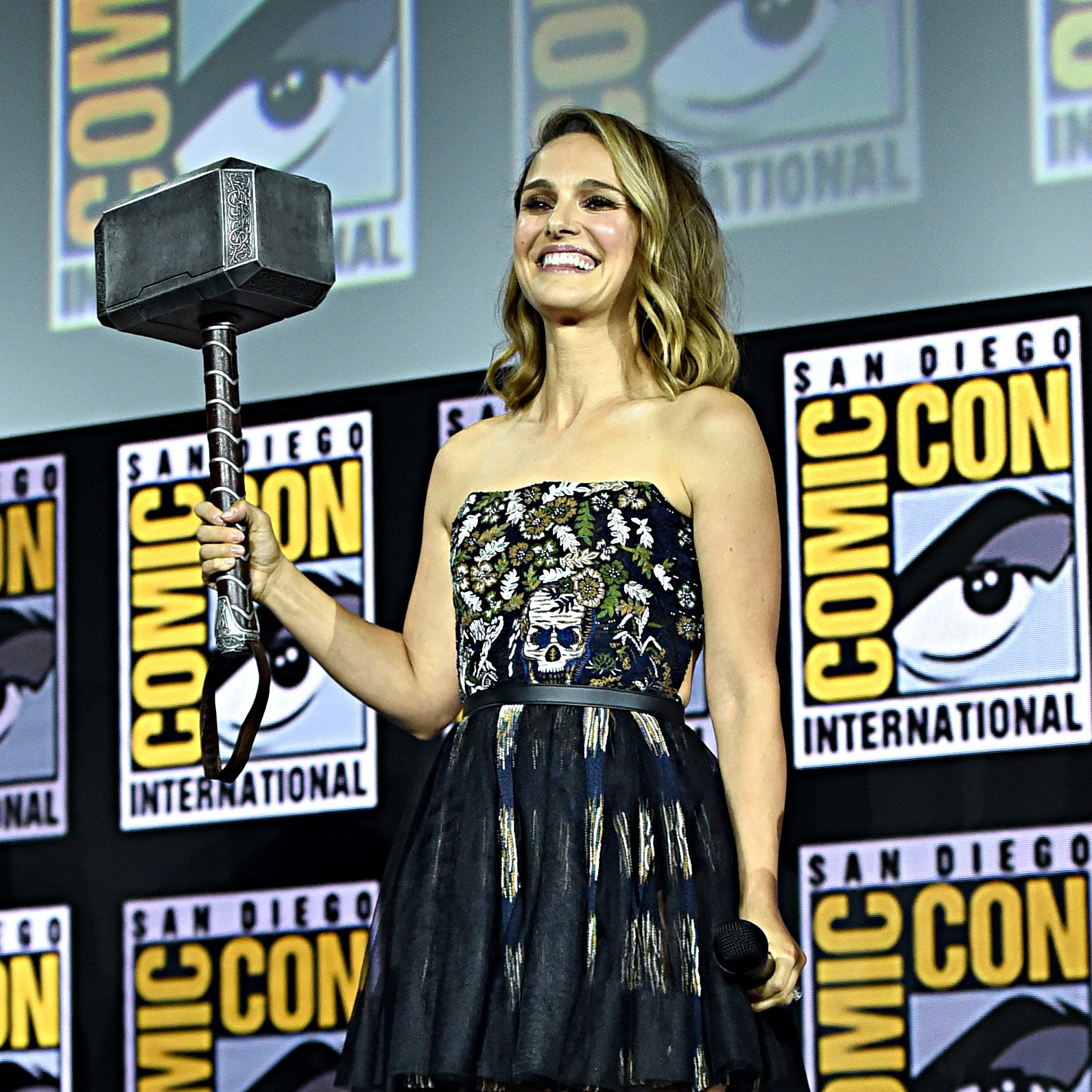 It was a shock, and not just because Marvel would be adding more female superheroes. Portman has not appeared in a Marvel film since 2013’s Thor: The Dark World. (Her "appearance" in Endgame was achieved by weaving in footage cut from that film.) This was due to her handpicked director for The Dark World, Patty Jenkins, being fired early on. Rumor at the time was that Portman would have quit the film in protest had her contract allowed it.

Though Portman took a "never say never" view of the MCU in interviews, she called her time with the franchise "done" in 2016. Endgame using old footage only seemed to confirm this.

So what convinced Portman to change her mind? It could be Waititi’s success in reviving the franchise. But there’s also the storyline that goes along with "Lady Thor," or as the comics call Jane, "Mighty Thor." In it, Jane’s absence from the story is because she’s developed breast cancer. When Jane picks up Mjölnir, it transfers the power of the Asgardian gods into her. Her cancer-wracked body heals, she’s as powerful (and muscled) as Thor. But the hammer has a side effect. It undoes the good of the chemotherapy. When Jane puts it down, she discovers she is dying. It becomes a tale of being addicted to power, a power she has to put down for a chance at life.

It’s that kind of meaty part Portman loves. If Thor: Love & Thunder follows that plot, it could be her best turn in the MCU to date. Welcome back, Natalie Portman.

Here’s Why Kate And William May Be Coming To America