Chase Stokes and Madelyn Cline have hit their first red carpet as a couple! The Outer Banks stars color coordinated in red ensembles at the 2021 MTV Movie & TV Awards on Sunday.

“When we found out we were both wearing basically the same color, we were like, ‘Wait….'” Cline joked while speaking with ET’s Katie Krause at the event.

“We didn’t [coordinate],” Stokes confirmed in a separate interview. “Like, I walked upstairs … and I was like. ‘Oh my gosh!’ We kept [our outfits] a secret.”

Life imitated art for Stokes, 28, and Cline, 23, who went public with their romance last June, after season 1 of Outer Banks had premiered. The pair play love interests on the Netflix series, and Cline told ET that dating in real life has only helped their on-screen chemistry. 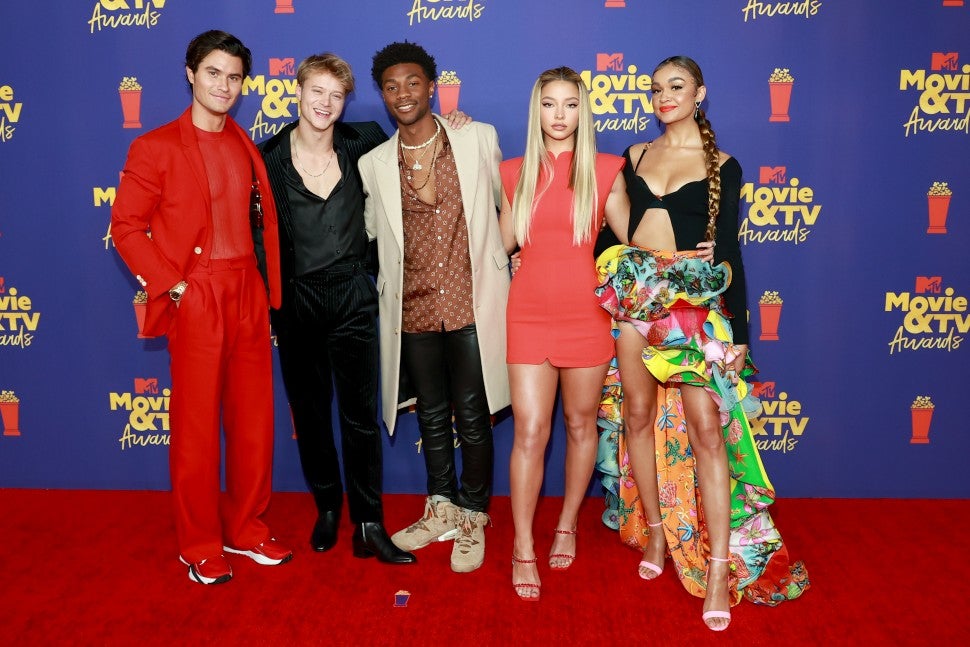 “Honestly, the writers pull from what we do, and so I think it’s just made it more real — which one can only hope,” she said. “We pull from our own chemistry as a group all the time in the show, in a scene, so I feel like it can only be better.”

“We have had a lot of conversations about how we can separate it, we have Maddie and Chase and we have [our characters] John and Sarah,” Stokes explained. “We’ve had a lot of time with being in quarantine, being locked down and in isolation to really talk about the nuances between John and Sarah and then what we have personally and how we can bring that to the screen.”

As for what’s in store for Season 2 of the Netflix hit, Cline teased, “All I can say is… we’re in the Bahamas.”

Season 2 of Outer Banks debuts on Netflix this summer. See more on Cline in the video below.