Meghan Markle was supported by her husband Prince Harry as she urged people not to turn a blind eye to the wrongs around the world during her speech on gender equality at Manchester’s Bridgewater Hall. The 40-year-old began by telling the audience that it was “very nice to be back in the UK”.

The summit seeks to “explore themes ranging from conflict prevention and gender equality to health, oceans and ethical leadership”. The latest event brought together 2,000 young leaders and delegates from 190 countries to “inspire and empower them to build a fairer and more sustainable world”.

The Duchess of Sussex, who has been a counsellor at One Young World since 2014, told the crowd that a “positive and necessary change [was] needed across the globe in this very moment”.

Piers Morgan has since hit out at the mother-of-two, who he insisted was a hypocrite.

The outspoken journalist said that while he hadn’t listened to her speech, he was startled to learn that she was speaking about poverty and equality. 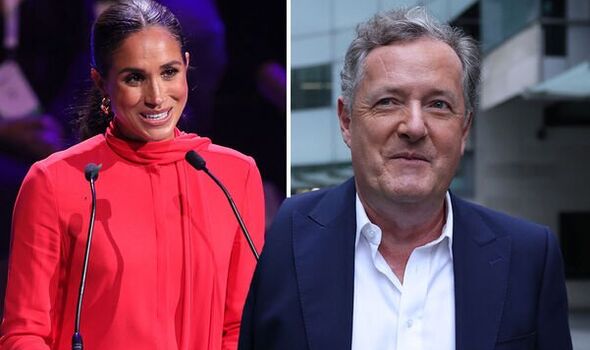 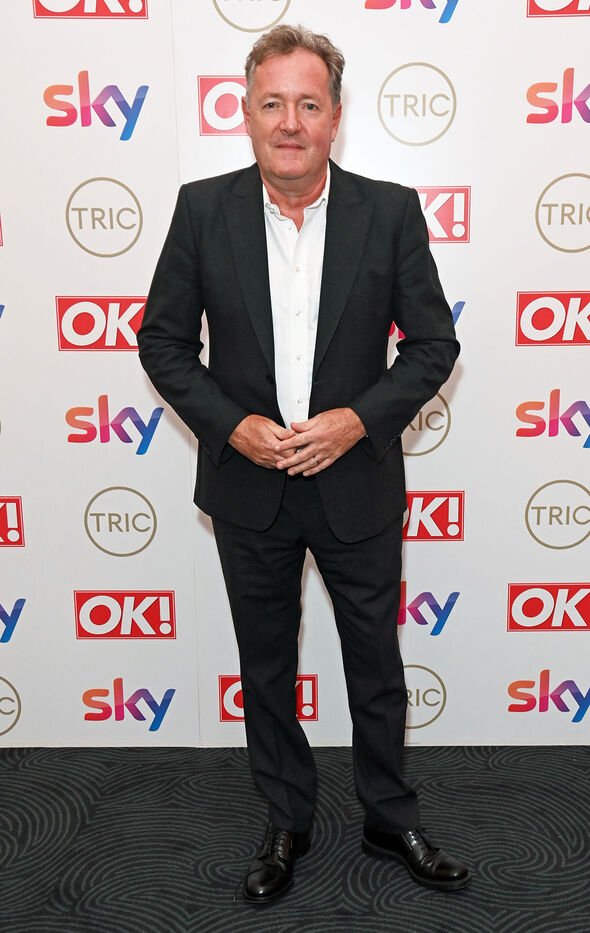 He ranted: “Even by her standards, it’s staggeringly, stupendously, preposterously absurd for a woman who married a multi-millionaire prince, gave up her job, and now lives entirely off the gargantuan proceeds of his royal status that she ruthlessly fleeces to the highest bidders, to be involved in lecturing anyone about poverty and equality.

“Just as it is when she bleats away about the environment from her mate Sir Elton John’s private jet.”

In his column with The Sun, he went on to brand the gender equality and poverty campaigner “shamefully tone deaf” as he commented on her wealth.

Piers also didn’t hold back when he accused both Meghan and Harry of being “riddled with hypocrisy”. 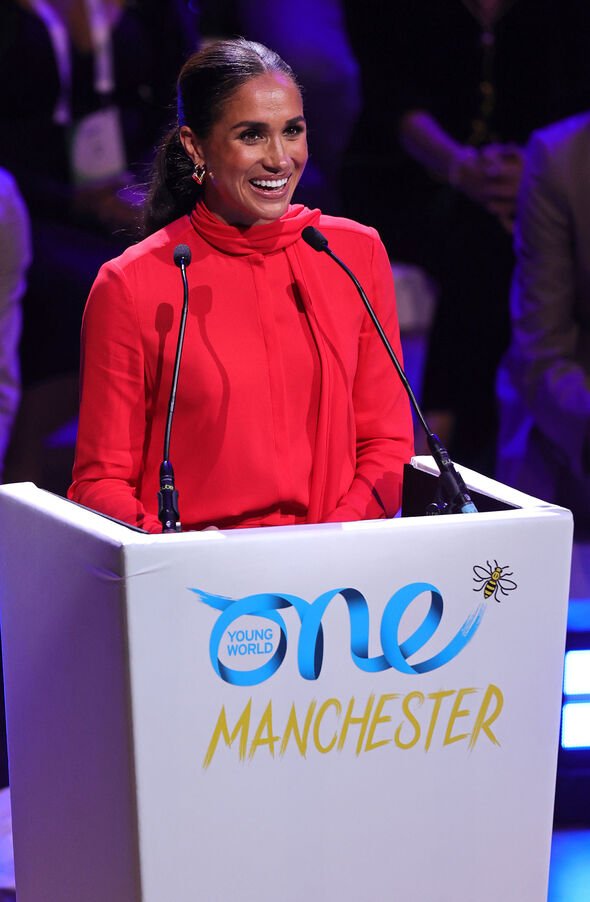 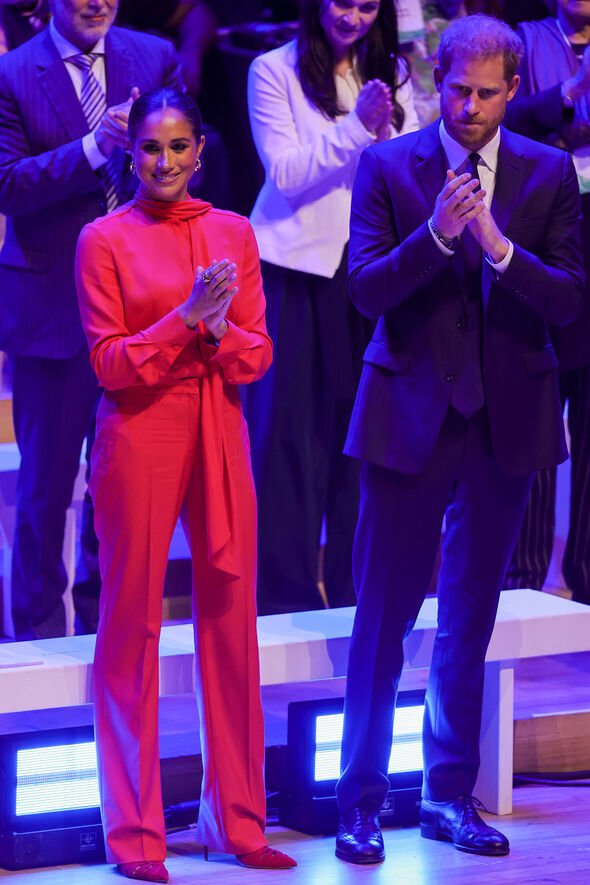 Meghan’s speech was her first in the UK for two years.

In 2020, she and her husband stepped down from their senior duties in the royal family and moved to America.

Since leaving the UK, they have hit the headlines with various comments they have made about the monarchy.

One of the most eyebrow raising moments was when Meghan claimed that a member of Harry’s family had said there were “concerns” about the colour of their son Archie’s skin, during an interview with Oprah Winfrey.

Harry has also said he felt “trapped” in the system and had to get away.

Piers went on to question why the couple were back in the UK “after all the vile manure she’s gleefully flung at Britain, the Monarchy and the Royal Family?”

In the same column, he questioned why the pair were allowed to keep their royal titles and insisted it was for financial gain.

“Meghan and Harry want their two-faced royal cake without doing any duty in return, and to be free to scoff it as greedily as they wish regardless of how badly they damage the reputation of the Monarchy in the process,” he ranted.

'Star Wars' Originally Had a Much Different Plan for Lando Calrissian