Pink has officially been elevated to ICON status! The 41-year-old performer accepted the coveted ICON Award on Sunday at the 2021 Billboard Music Awards. She is one of only nine other artists to receive the honor — and her daughter, Willow, joined her for her incredible performance.

The 9-year-old impressively flew through the air as Pink kicked off her performance with their duet, “Cover Me in Sunshine” — which had fellow celebs like Sophie Turner freaking out. Afterward, Willow sashayed off the stage as Pink emerged in a new outfit to sing “All I Know So Far.”

Pink then transitioned into some of her other hits, like “So What” and “Just Give Me a Reason.”

what an unforgettable moment between mother and daughter 💞 #[email protected]/zeiWCXrVia 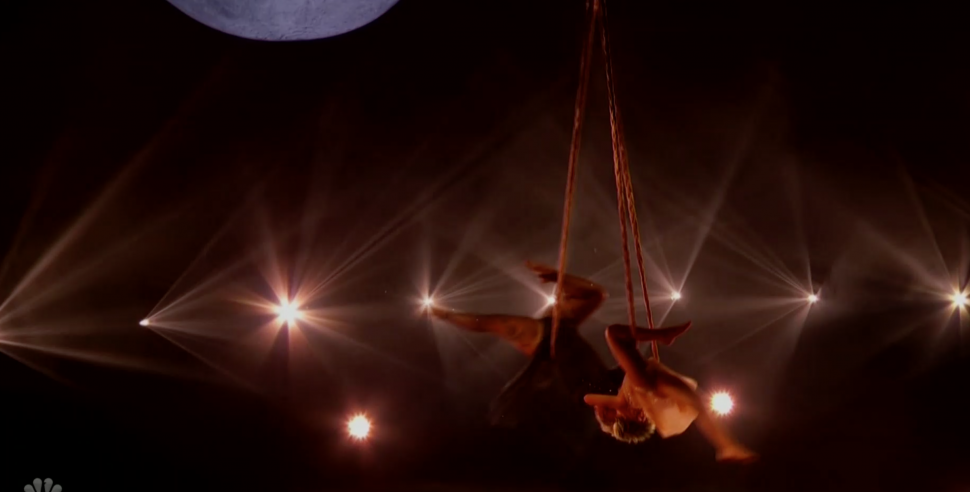 While accepting her award from Jon Bon Jovi, Pink poked fun at her childhood crush on the musician before finding out he was married. “I’m glad you found lasting love, but you broke my heart,” she quipped. “I take this as an apology.”

As for her ICON Award, Pink graciously said she “accepts.”

“Thank you,” she shared, before offering props to her daughter. “Willow nailed it. Jameson, nailing it. I love what I do and I love the people that I get to do it with.”

“And we’re pretty good at what we do, but it wouldn’t matter if no one came to see us and play with us, so all you guys out there and around the world, thank you for coming out. Thank you for letting us feel together. I cannot wait until we can do it again, so we can just sweat all over each other,” Pink continued. “And just this is an absolute honor. Dream big, because what if it comes true? Thank you!”

The ICON Award recognizes artists who have achieved excellence on the Billboard charts and have made a lasting mark on the music industry.

Prior to accepting the award, Pink spoke with ET’s Nischelle Turner about her impressive career.

“I think there’s something to be said for perseverance,” Pink shared. “I’ve always told everyone, ‘I’m like a rash, I’m not going anywhere,’ and here I am.”

Alix Lapri net worth: How much is the Power Book 2 Effie star worth?