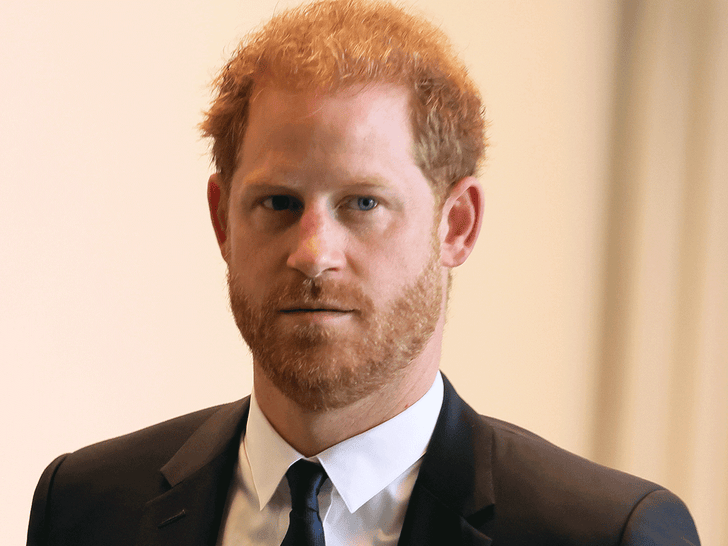 Prince Harry was serving up hot tea Sunday just ahead of the release of his memoir — spilling secrets on his brother, Prince William, and other members of the Royal Family.

Let’s start with Will … whom Harry says he’s been feuding with for years now, dating back to the time when their mother died — which he says marked the beginning of them going down different paths of life and the start of a sibling rivalry that has long been in the making.

This is a big deal — essentially, what Harry’s saying is that despite them seeming close in adulthood, that hasn’t quite been the case behind the scenes. PH also says he’s been trying to repair his relationship with his sibling for a long time, and hoped Meghan Markle coming into the picture would help patch things up … via a hopeful connection to Kate Middleton.

That never materialized, though, as Harry mentioned in his ITV interview — which just aired and is making headlines around the world right now. When it comes to Meg and Kate, Harry says they never got along from the get-go … while implying she and PW were jealous of her.

Harry even went so far as to accuse Will and Kate of playing into the stereotypes about Meghan which he says were being perpetuated in the British press … an institution he says the Royal family has beholden to and in bed with for years, at the expense of others.

That takes us to Harry’s family at large … whom he says he never intended to hurt, be it in interviews or through his book. On the contrary, he says he’s tried dealing with all of his grievances quietly and in private — only to have the plans and nature of those talks leak.

A few points of clarification … Harry says he and Meghan were never trying to leave to the States for the sake of money — a narrative that he claims was planted in the British press by his family’s staff — but rather, they wanted to stick around as Royals and do their duty.

Also … he denies anyone in the monarchy is directly racist — something that was suggested in the Oprah interview — but simply said unconscious bias was alive and well … while once again reiterating someone had, in fact, made mention of Archie’s skin color, but again refused to ID them. He did point to the Ngozi Fulani incident as a prime example of this.

Last but not least … Harry told ITV he was 100% confident in being able to reconcile with his fam, assuming the British press isn’t involved. It’s interesting he believes that, considering he says says in the same interview that nobody over there has attempted to bury the hatchet.

There are more interviews to come — including one with Anderson Cooper on ’60 Minutes’ and a ‘GMA’ spot on Monday. His book, ‘Spare,’ hits shelves on Tuesday worldwide.