Queen Elizabeth II is “much livelier in private than what the public sees,” royal biographer Sally Bedell Smith said in a new cover story for People.

In the interview, Bedell Smith, author of Elizabeth the Queen: The Life of a Modern Monarch, shared details about the 94-year-old royal’s private side, specifically how she interacts with close confidantes in between royal engagements. According to the author, the queen has quite the sense of humor, and royal aides have become accustomed to hearing her joyous laugh reverberate through the castle halls at her Sandringham estate.

“You can hear her laugh throughout that big house,” said Bedell Smith, who was told this fact by an inside source. “She has a big laugh!”

The queen and her husband, Prince Philip, had been residing at their house in Norfolk amid the COVID-19 pandemic in recent months. 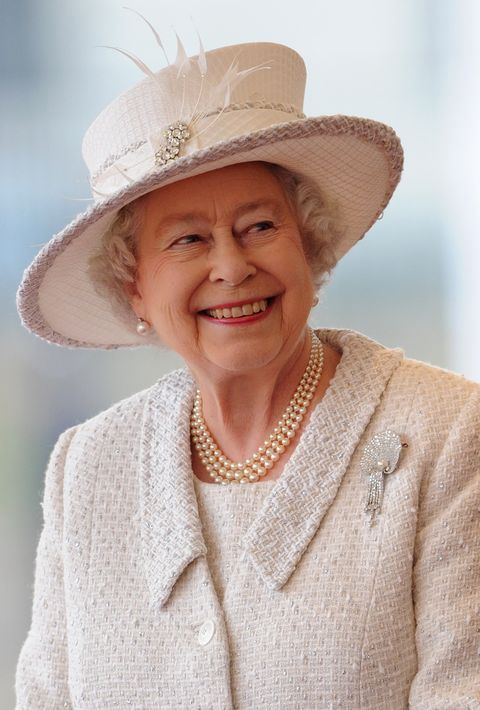 The monarch also isn’t afraid to poke a little fun at herself. Following Prince Charles’s 1981 marriage to Princess Diana, a rerun of the royal wedding was playing on a nearby television during a party the queen was attending in London. Apparently after seeing herself on-screen, the queen quipped, “Oh, there’s my Miss Piggy face.”

“She has the ability to laugh at herself,” said Bedell Smith.

Queen Elizabeth has also showcased her sense of humor during work hours, including during a photo shoot for her diamond jubilee in 2012, when the monarch decided to embrace her inner supermodel. Reportedly, while photographer Barry Jeffrey was capturing the royal, she instructed him to “just keep the camera rolling!” in order to obtain a few more candid shots, including a “series of poses, slipping her hands in and out of her pockets and placing them onto her hips, mimicking the stances of a professional model,” Angela Kelly, the queen’s longtime dressmaker, recalled.

“The Queen was a natural,” said Kelly. “Barry and I felt we were experiencing something really special: a moment never to be repeated.”

There's a Good Chance You Saw Nancy Carell on TV Long Before Her Husband, Steve